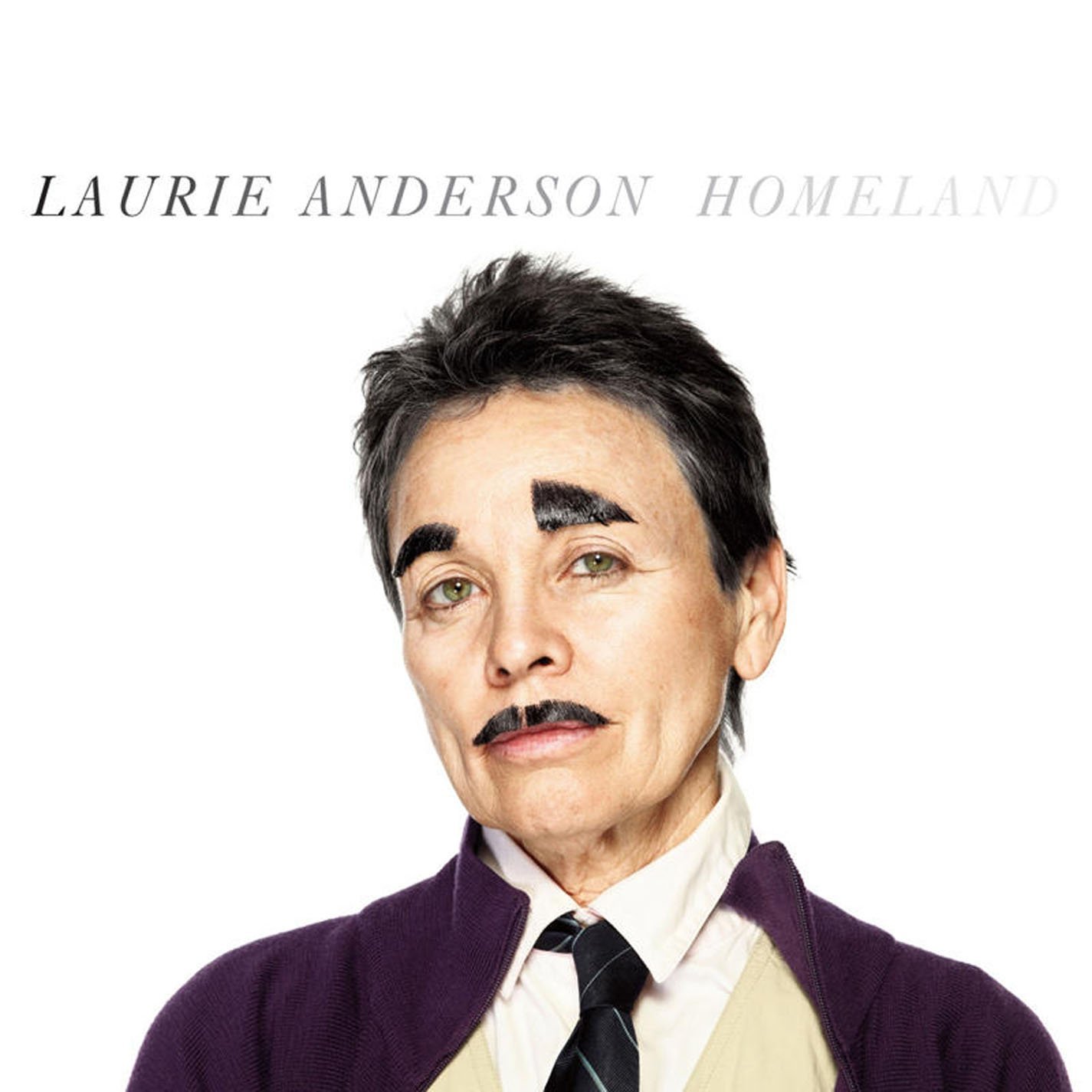 Laurie Anderson’s previous album, the lovely, poignant Life on a String, suggested a quiet, contemplative middle age for an artist who, in the early ‘80s, freaked out David Letterman (that in the era when Letterman used to invite Andy Kaufman on to forget the words to “Jambalaya”). Mere days after its release: 9/11. On her new album, Homeland (co-created with her husband Lou Reed), she reckons with two-and-a-half terms of what, in America, passes for cleanup. Like Gretl to Hansel in “The Dream Before,” she can’t resist admitting to her own homeland, “You’re really bringing me down.”

Anderson’s work has always demonstrated an effortless knack for dissolving the distinctions between alarmism and absurdism. In her seminal, Massenet-updating single “O Superman,” she memorably soothsaid, “Here come the planes. They’re American planes.” In “From the Air,” the opening song from her debut, Big Science, she spoke to an entire cabin of air travelers in the voice of their captain, instructing them to prepare for an impending crash landing and then admonishing them for not waiting until she said, “Simon says.”

Anderson’s songs have always undercut the typically patriarchal element of social and political clout. But now, in her 60s, she’s in a position to exercise a little influence of her own. She appears on the cover of Homeland dressed, presumably, as a Chaplinesque burlesque of “The Voice of Authority,” a character she has developed with help from an electronic voice-bending tool that turns her lilting soprano singing voice and acerbic alto speaking voice into a adenoidal basso profundo. In the past, she’s used that voice to lampoon the slow-witted cluelessness of the powers that be. In her mid-‘90s masterpiece, the live spoken-word album The Ugly One with the Jewels, she told of how she was repeatedly accosted by airport security guards who demanded she prove her synthesizer equipment was not, in fact, improvised explosive devices. When she demonstrated what her high-tech voice box actually did, they puzzled, “Why would you want to talk like that?”

To describe “Another Day in America,” that’s why. “America” stands as the centerpiece of Homeland, an expansive amalgamation of anecdotal observations on American life and its mutable character, incanted by that familiar low voice. Anderson glides without pause from a theory that punctuation marks should be replaced by timestamps showing how long it took to compose that sentence to a story of a nonagenarian married couple who, despite hating each other, couldn’t get divorced until their children had all died, implying that Americans have a curious impatience to continue procrastinating—a conundrum I considered while putting off writing this very review.

Most of the songs on Homeland are slow dirges, heavy on sustained synth chorales and multi-tracked string harmonies, as though Anderson were playing on as the Titanic majestically sank beneath her (“Flow” is the album’s concluding “Nearer My God to Thee”). But her ire is not completely resigned, and she’s never shy about tackling hot-button issues. The BPM-credentialed “Only an Expert” shows no mercy to those who cause the complex and sweeping problems—climate change, unilateral invasions, addiction to Oprah—they claim only they are able to fix. Her trenchant, carefully chosen words are backed by a rollicking update of “The Devil Went Down to Georgia.” Indeed, the song suggests the devil went as far south as the Gulf of Mexico.

Homeland sees Anderson singing of a “Transitory Life,” but by this point, it’s clear her art will remain a permanent monument in pop culture. For as long as that culture lasts.