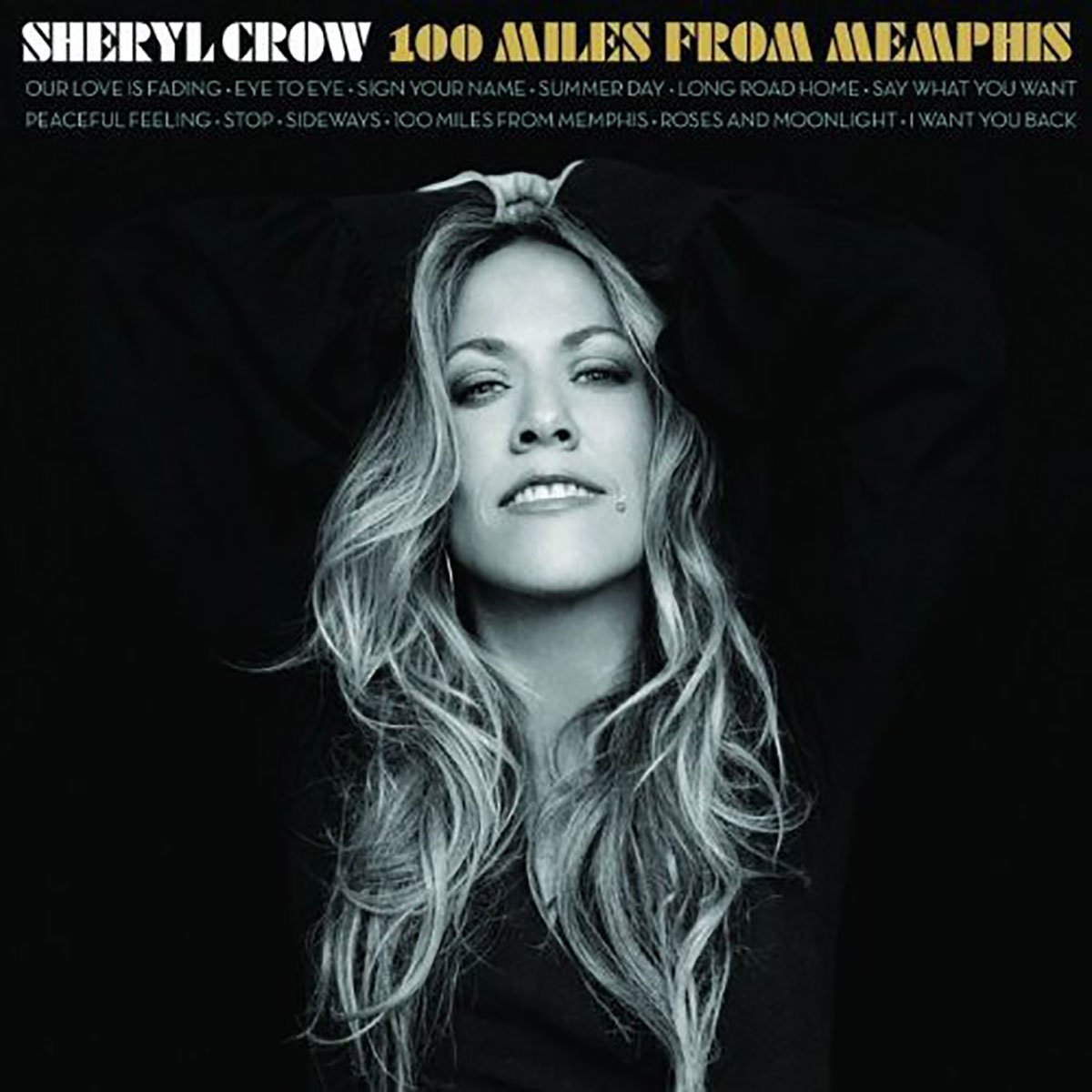 Nearly two full decades into a career that has struck a rare balance between critical and commercial clout, Sheryl Crow has run into the not altogether uncommon problem of predictability. Even her better albums have, of late, ridged into the same rut of country-inflected rock songs that cover familiar themes: searching for a source of escapism, longing for a deep personal connection, and assessing the current American political climate. When she’s on her game, these are topics that Crow covers well, displaying a Cheshire grin and deep-rooted sense of empathy in equal measure, and overcoming her general lack of surprises.

To that end, Crow’s latest, 100 Miles from Memphis, is something of a game-changer for the singer-songwriter. Rather than another, predictable iteration of her polished take on Americana, the record looks to the Southern soul music that Crow loved as a kid as its source of inspiration. Drenched in full-bodied brass sections and stirring B3 organ runs, it’s both a departure and a risk for Crow. While it’s admirable to hear an artist with such a well-established aesthetic branch out, 100 Miles from Memphis doesn’t stretch far enough to work as either a contemporary soul record or as a purely retro-minded tribute.

Having lived through public breakups, health scares, and the loss of one of her early pop mentors, Crow has the wealth of difficult personal experiences that go hand in hand with some of the deepest soul singers. And though she’s a fine vocalist and works effectively within her comfort zone, the fact that her vocal tracks are placed front and center in the mixes here can’t mask some of her deficiencies. Straining for the high notes during the title track’s coda and, most noticeably, throughout the choruses of “Stop,” Crow struggles to stay on pitch during many of her performances. Her cover of the Jackson 5’s “I Want You Back” (intended as a tribute to Michael Jackson, for whom she once sang backup) is enthusiastic, but it’s also tinny and shrill. Were there a greater depth to her phrasing, the pitch issues might be less of a problem. Unfortunately, that isn’t the case, and she simply hasn’t sounded this poor on record since Tuesday Night Music Club’s “Can’t Cry Anymore.” Because “soul” is a genre that truly rewards both lived-in emotion and technical precision, that’s a serious problem for 100 Miles from Memphis.

While Crow pushes beyond the limits of her vocal range over the course of the album, she sticks to her standard songwriting tropes. There’s an effortlessness to lead single “Summer Day” that is instantly likable and effervescent, while the cockeyed stream of consciousness on “Eye to Eye” is one of Crow’s trademarks as a writer. “Say What You Want” also impresses as one of her lightest-handed political songs, balancing the anger of its lyrics (“You’ve got a lot of nerve to talk that way/Someone unplug the microphone”) with a laidback acoustic groove that eases into a sing-along refrain.

Crow’s songwriting is fine enough (as is a cover of Terence Trent D’Arby’s “Sign Your Name”), but 100 Miles from Memphis fails to rein Crow into one of soul music’s main conventions: brevity. To pick another Memphis-inspired album for comparison, only five of the 14 songs on Dusty Springfield’s legendary Dusty in Memphis clock in at longer than three minutes. Here, the Jackson 5 cover is the only song that’s shorter than at least four minutes, with several songs dragging on well longer than that. That may be the norm for the Americana and rock genres in which she typically spends her time, but vintage soul music was, above all else, concise.

Since Crow has a tendency to ramble and lose focus when she gets going (a weakness I certainly appreciate on its own terms), the aesthetic she’s adopted for this album actively plays against her instincts. Despite having more personal experiences relating—and closer geographical ties—to soul music, Crow isn’t any more convincing a soul singer than, say, Duffy or Adele. 100 Miles from Memphis proves that Crow may have an affinity for Southern soul, but she doesn’t necessarily have an aptitude for it.

Review: Francis and the Lights, It’ll Be Better