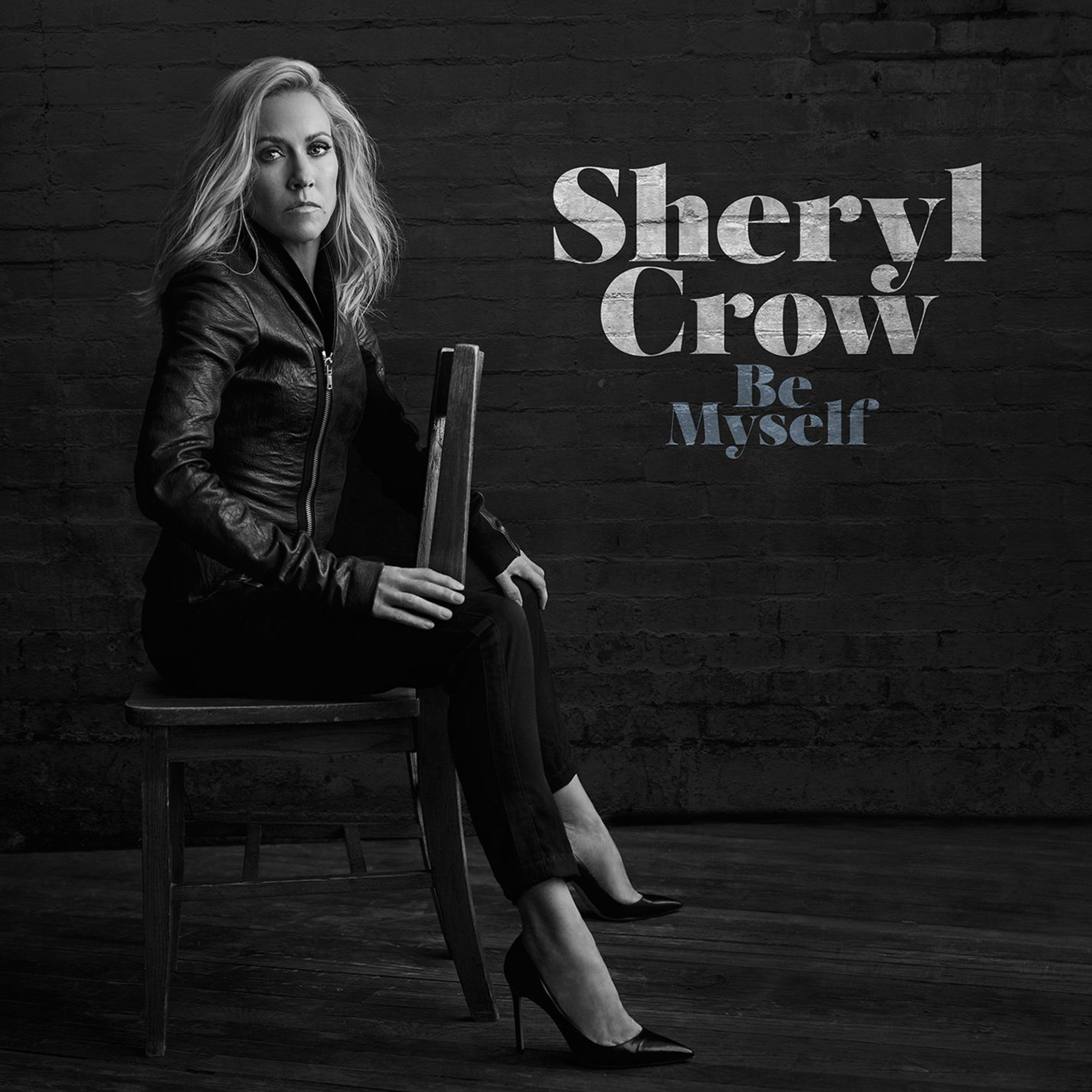 It’s tempting to interpret the title of Sheryl Crow’s 10th album, Be Myself, as a declarative statement, suggesting a return to form after a series of forays into holiday music, Southern soul, and country. The album doesn’t just reprise the roots-rock pop of Crow’s early releases, reuniting the singer-songwriter with longtime collaborator Jeff Trott, but it also puts engineer Tchad Blake back on the mixing board for the first time since 1998’s The Globe Sessions.

The title track itself, however, conveys something entirely less rhetorical. “Hanging with the hipsters is a lot of hard work,” Crow grumbles like she’s sitting in a rocking chair on her front lawn. At which point, she proceeds to rattle off a litany of buzzy references to selfies, Uber, juice bars, and social media that would have felt strained two years ago.

Escaping technological dependency is a recurring theme on Be Myself, and thankfully Crow’s hankering for some real-life face time feels less forced on bona fide toe-tappers like “Roller Skate” and “Grow Up.” The latter’s coupling of a measured stomp with clipped guitars and an earworm of a hook would sound like a riff on St. Vincent’s brand of minimalist art rock if that artist’s work wasn’t already an amplification of the spare production style from 1996’s Sheryl Crow. The song’s lyrics find Crow striving to maintain her sense of innocence and wonder, an ambition cleverly complemented by the strains of what sounds like a glockenspiel.

Crow’s voice is spry throughout Be Myself, retaining the country lilt she honed in Nashville on songs like “Alone in the Dark” and “Long Way Back,” while the influence of Memphis soul can be heard on lead single “Halfway There.” These specters of her last two genre-based efforts render the album an application of cumulative influences rather than just a rehash of the singer’s pop heyday.

That said, “Halfway There”—with its repeated, crunchy electric guitar figure, courtesy of Gary Clark Jr.—and the hooky “Strangers Again” are proudly cut from the same mold as some of Crow’s career highlights, like “My Favorite Mistake.” And her trenchant lefty politicking is still in fine form on “Heartbeat Away,” with references to our scandal-plagued commander-in-chief both oblique (“Man with a red face with his finger on a button [as] he ponders the eternal on his private jet”) and direct (“You bet the president is sweating/While Russia’s blowing up the phone/Deny, deny everything”).

The schmaltz suggested by the title of “Love Will Save the Day,” a self-care anthem for the Trump era, is tempered with an understated performance from Crow and thoughtfully mixed backing vocals, surface-noise loops, and moody strings. Be Myself might lack the quirks that made Sheryl Crow so distinctive (it opened with a song about aliens, after all), but the album proves that some alliances can outlast even the latest planet-shrinking technology.