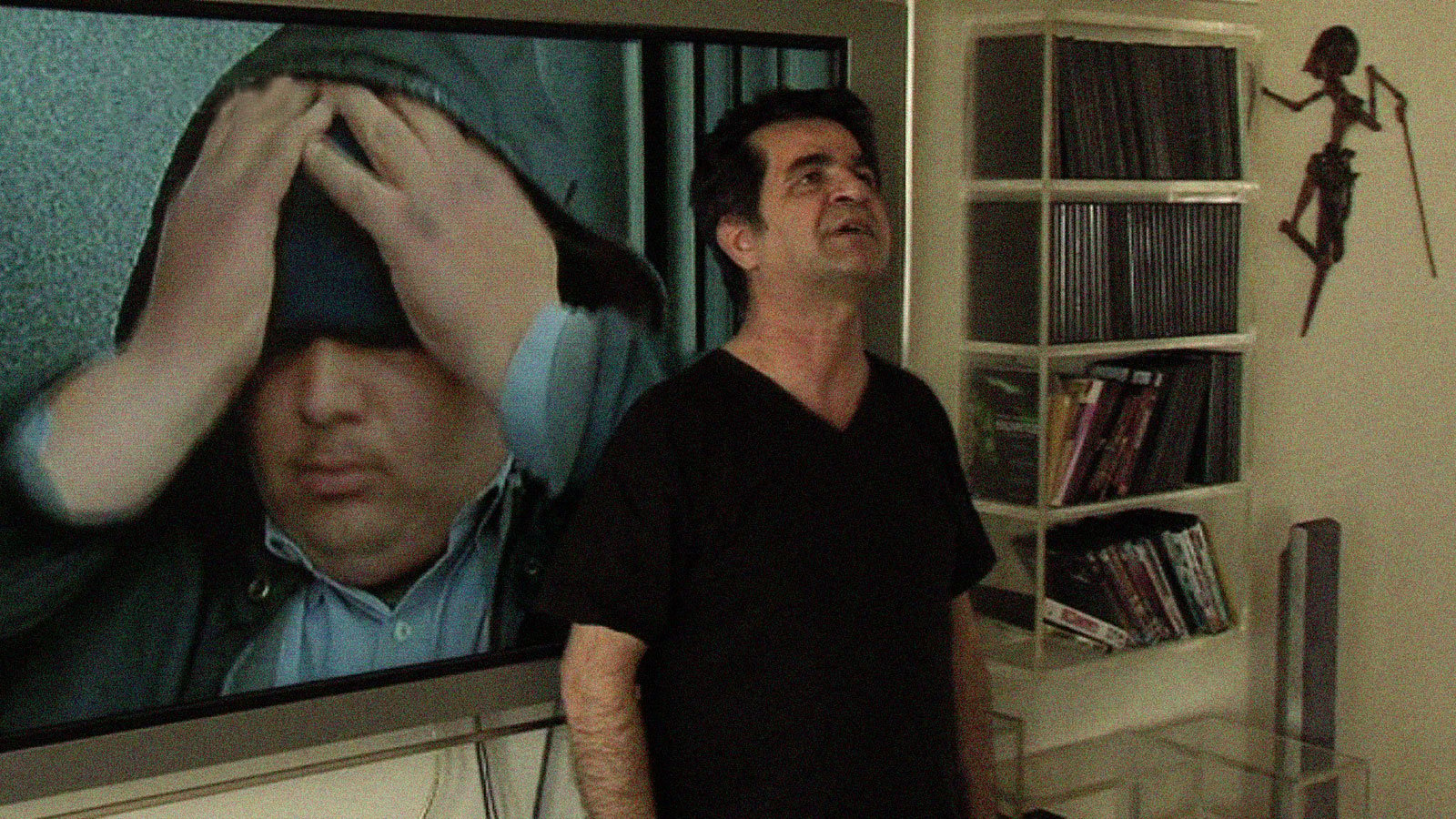 There are a number of facts which have already been established about this effort by Jafar Panahi and Mojtaba Mirtahmasb: it’s an act of extreme bravery, made by a man facing six years in prison and a 20-year ban from filmmaking; it was smuggled out of Iran in a cake; it was filmed over four days, but edited to appear as a single one; and it features a rather lovely iguana, the Panahi family pet, named Igi. Despite its ironically jokey and semantically urgent title, it most assuredly is cinema—though it’s also an accurate title in that it makes no use of celluloid. Its final sequence is both joyous and tragic in its summation of Panahi’s struggle. Perhaps because it’s impossible as Americans, with our proudly waving First Amendment, to envision ourselves in the situation Panahi finds himself in, few have wandered beyond its obvious political import to consider Panahi and Mirtahmasb’s writhing engagement with not just Iran’s history of self-reflexive filmmaking, but the entire history of cinema itself.

Panahi is hardly the first director forced to extremes of location or aesthetics in the face of repression. If his situation is more acute, its basic facts aren’t so far from those that produced The River or Mr. Arkadin, large swaths of the career of Raúl Ruiz, or, most similarly in terms of aesthetic response, the bilious, ascetic Fritz Lang of Beyond A Reasonable Doubt. Indeed, Panahi makes Jacques Rivette’s description of Lang’s film—simply the reading of a script, without embellishment—the central structural concept here, when he sets its mechanics in motion with a living-room staging of the script he was planning on shooting at the time of his arrest. These sequences are shot by Mirtahmasb with an elegant clarity, moving a bit higher to show Panahi’s masking-tape diagram of the fictional apartment before entering this imagined space as his friend begins to read from the script. He stops abruptly and wonders aloud, “If we could tell a film, then why make a film?”

Panahi turns from his aborted telling to examine clips from his previous films, finding in them moments of spontaneous beauty and meaning, those kinds that are the unique domain of the cinema. In setting up these moments—the little girl refusing to continue acting in The Mirror, an indescribable look from Crimson Gold—as counterpoints to his own staging, he makes the double move of highlighting cinema’s ability to capture the greatest truths, those which can never be written, and its incapability of ever serving as a sufficient means of objective documentation. Both of these are, in themselves, absolutely banal observations. What makes This Is Not a Film a fascinating, and distressing, object is the manner in which Panahi sets up folding himself into the fabric of these facts.

In its way, this effort is both a forceful assertion of the most stifling brand of auteurism and a radical reconfiguration of its political potential. Fed up with the cult of personality covering the cinema like moss, Godard turned to Shakespeare and the Bible to combat it, desperately searching for a way to negate his own presence as a director. Today, faced with the opposite (a political situation in which his ability to even exist as a director is at risk), Panahi presents himself as no more or less than his cinema and then attempts to film himself completely as he is, a task which he has already shown he realizes to be an impossibility. It’s in these cracks, the spaces between what Mirtahmasb refers to as the necessity to document everything, a task which implies the ability to achieve an objective recording of the world, and the knowledge that the greatest cinema is the product of purely subjective moments, that This Is Not a Film exists. This is what Panahi has dramatized in his staged staging: In the authoritarian control of this fictive environment, one where every decision is absolutely his, Panahi glimpses in the mirror and sees himself as the Iranian state; his terror and grief when he asks the crucial question is the sudden reintroduction of a reality beyond his control.

The rest of the film following this moment is a series of failed attempts to achieve this same relationship to the world; the struggle of the oppressed is to define himself outside of the terms of his oppressors, and so Panahi works both intellectually (the examinations of his own work) and formally (a sequence in which he and Mirtahmasb film one another, creating a closed loop of representation that protects them politically, but which is too tied to their own control over it to allow for any great cinematic truth) to position himself outside of his place as a man alone. He finally achieves this in the closing scene, where following Mirtahmasb’s departure, he has a conversation with a young man taking out the garbage that begins in his hallway and ends, following an elevator ride, in the streets, where the film closes on an image of fiery celebration. As the stop-start of the elevator breaks the journey into a form that implies a strip of film, this movement from paranoia—will the man report on them for their illegal activity?—to liberation allows Panahi to discover the same chance he found in the clips for The Mirror and Crimson Gold in an image of himself. What he’s achieved here is a total, true auteurism, a reclamation for political means of a mode of thinking that has long been debased for commercial measures. The extent to which this, or any of what came before it, was scripted is irrelevant: Like all great cinema, it is beyond belief.