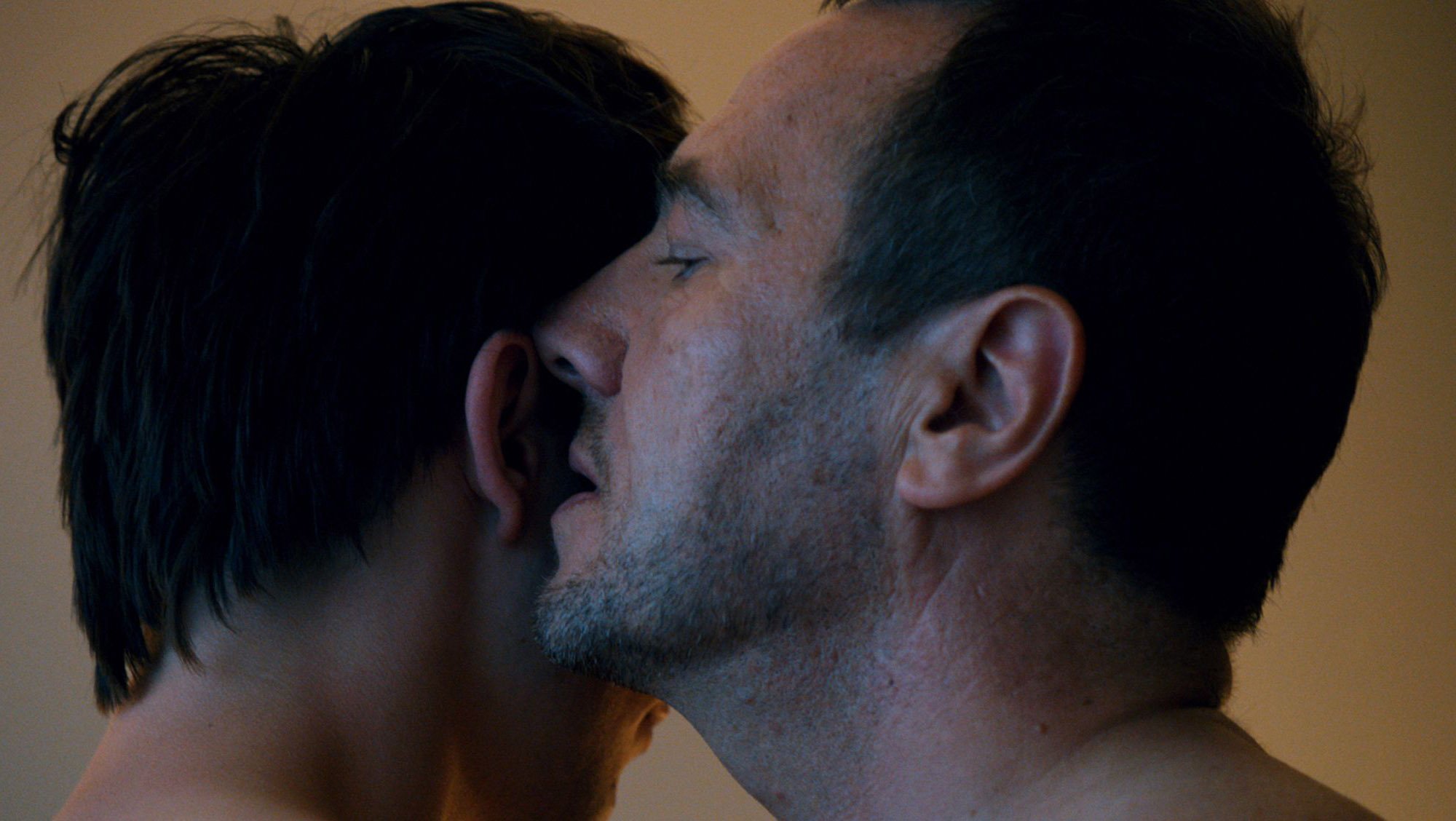 The distance at which the Gare du Nord train station is revealed in the opening moments of Eastern Boys initially appears as the film’s interest in direct cinema, allowing its meandering, young hustlers to be seen going about their daily routines. What’s curious, however, is that very distance, which not so much mimics the footage of a security camera as gestures toward the camera as an eye that sees all and nothing simultaneously, as the titular boys are seen scoping their next paying customer among the busy goings-on of the train station itself. Business is business, it seems, for director Robin Campillo, so that these hustlers are naturalized through an impression that the specificities of their engagements can only be nominally seen and understood. However, as the film progresses, Campillo daringly shifts forms through a propensity for long sequences with abrupt ends that complicate the film’s socioeconomic politics. Eastern Boys is a ferocious plea for character salvation within a milieu where money and bodily affect are not just the prevailing modes of interaction, but the raison d’être for human existence.

Campillo stages a theater of confrontation between both social classes and generations that deftly seeks to dismantle stereotypical representation. Effectively, this pits Daniel (Olivier Rabourdin), a wealthy, gay Parisian, against a group of hustlers, lead by Boss (Daniil Vorobyev), who appear at Daniel’s doorstep one afternoon for a shakedown after his propositioning of Marek (Kirill Emelyanov) for a fuck. The young lads raid the place in an 18-minute sequence that, as a standalone piece, is a mini-masterpiece of exchanged looks and physical interactions that ambiguously offer sensual movements as violent cultural expressions, before literally culminating in an act of violence by Boss against one of the other boys. Before that, however, terse lines of dialogue and tight framings reveal how a loose cannon like Boss understands his body as “the most important thing God has given us.” With tight pecs, chizzled abs, and a large tattoo across his back, Boss’s body is sexualized by Campillo in a manner that would be mere caricature were the director not so succinctly articulating Boss’s existential plight, where fuck-or-be-fucked informs all interactions. These tensions culminate in a prolonged dance sequence where Daniel’s bougie apartment is turned into a makeshift club, with the place’s high-dollar speaker system being Campillo’s symbolic understanding of a continued dissolve between private and public spaces.

If distance turns to intensity within the film’s first half hour, it turns to a proposed tenderness when Marek returns to the apartment, without his crew, to follow through on his agreed upon screw. Daniel is more than happy to oblige and Campillo films their fuck with a closeness that emphasizes each character’s emotional state during the encounter, but without an implied psychologizing that would quickly render the material exploitative. Neither Daniel nor Marek’s motivations are fully clarified, but Campillo is less utilizing ambivalence for fashionable or posturing ends than confirming the film’s opening shots as a statement that getting closer to the matter at hand not only yields little further clarity, but is an impossible premise when one’s sense of progress is tied exclusively to highly coded representations and positive imaging.

As Marek returns for sexual encounters and becomes financially dependent on Daniel in exchange for sex, the film’s final third complicates character motives and readily identifiable traits through an intricate weaving of ills against ills. These points are undergirded by an insistence that politically correct assessments of social operations balk when performed from a theoretical distance, but are equally suspicious if too immersed within the proceedings to offer any sober insight. In that regard, Eastern Boys finds brethren in films like Trash and Caché through its polysemous and archetypal deconstruction of domestic living. And, when a series of fireworks are set off midway through the film, it plays as a suggestive allusion to Kenneth Anger’s Fireworks, where male bodies are offered and scrutinized with a pleasure paradox that frightfully acknowledges corporeal exchange within capitalistic nations as tenebrous, but necessary, business.