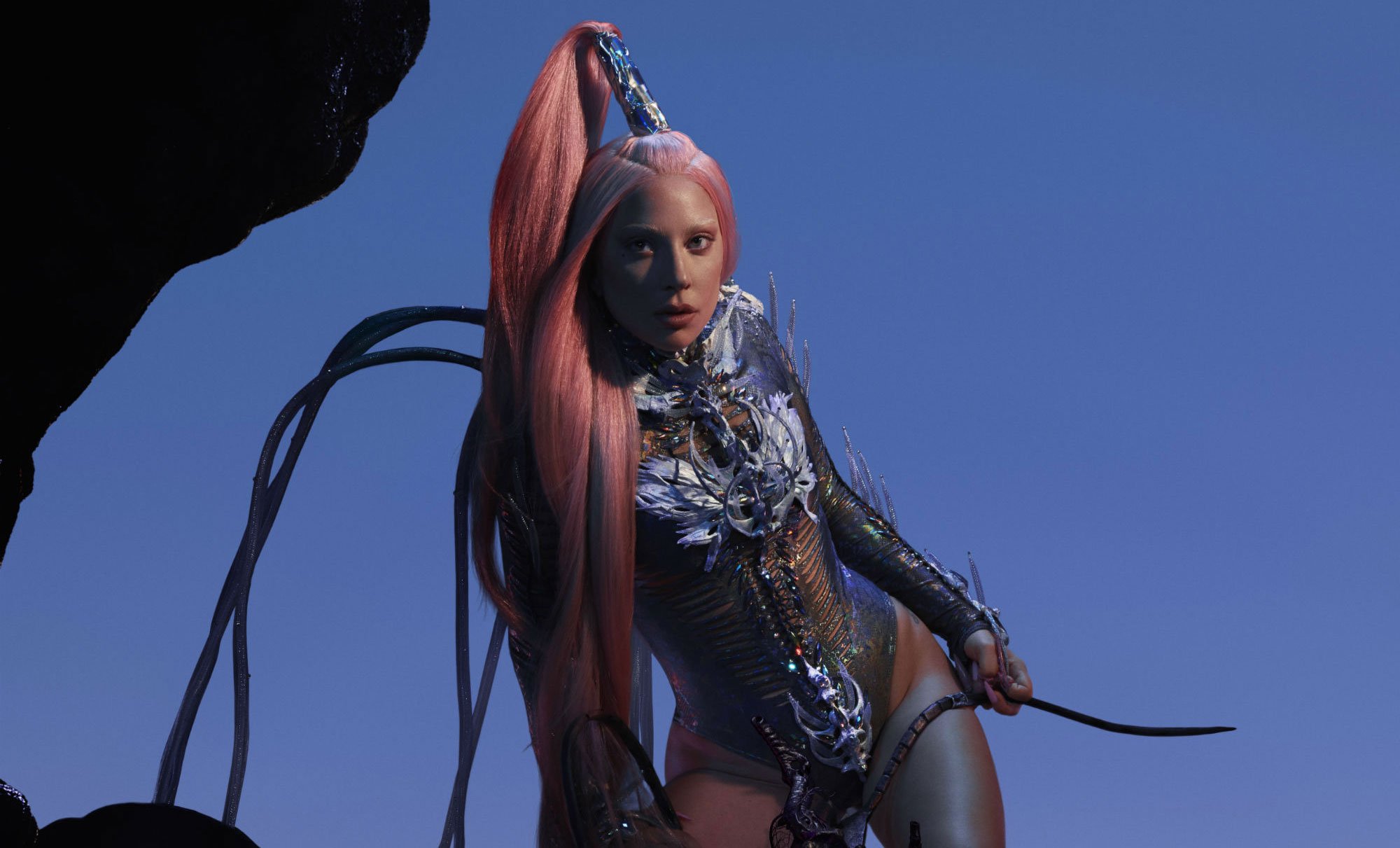 Despite throwing herself into the Cole Porter songbook with veteran crooner Tony Bennett on their new album, Love for Sale, and belting Americana ballads with Bradley Cooper on the soundtrack to A Star Is Born, Lady Gaga’s heart belongs to pop music. Even if her creative trajectory has seemed erratic at times, zigging when it should have zagged, her skill for crafting sublime pop songs like “Poker Face,” “Bad Romance,” and “The Edge of Glory” is undeniable. From the singer’s very first hit, “Just Dance,” to the house-influenced throwbacks of 2020’s Chromatica, dance-pop in particular is a well Gaga has returned to again and again throughout her career. To celebrate her commitment to pop, we took a look back and ranked each of Gaga’s eight studio albums. Alexa Camp

Editor’s Note: This article was originally published on August 31, 2020. 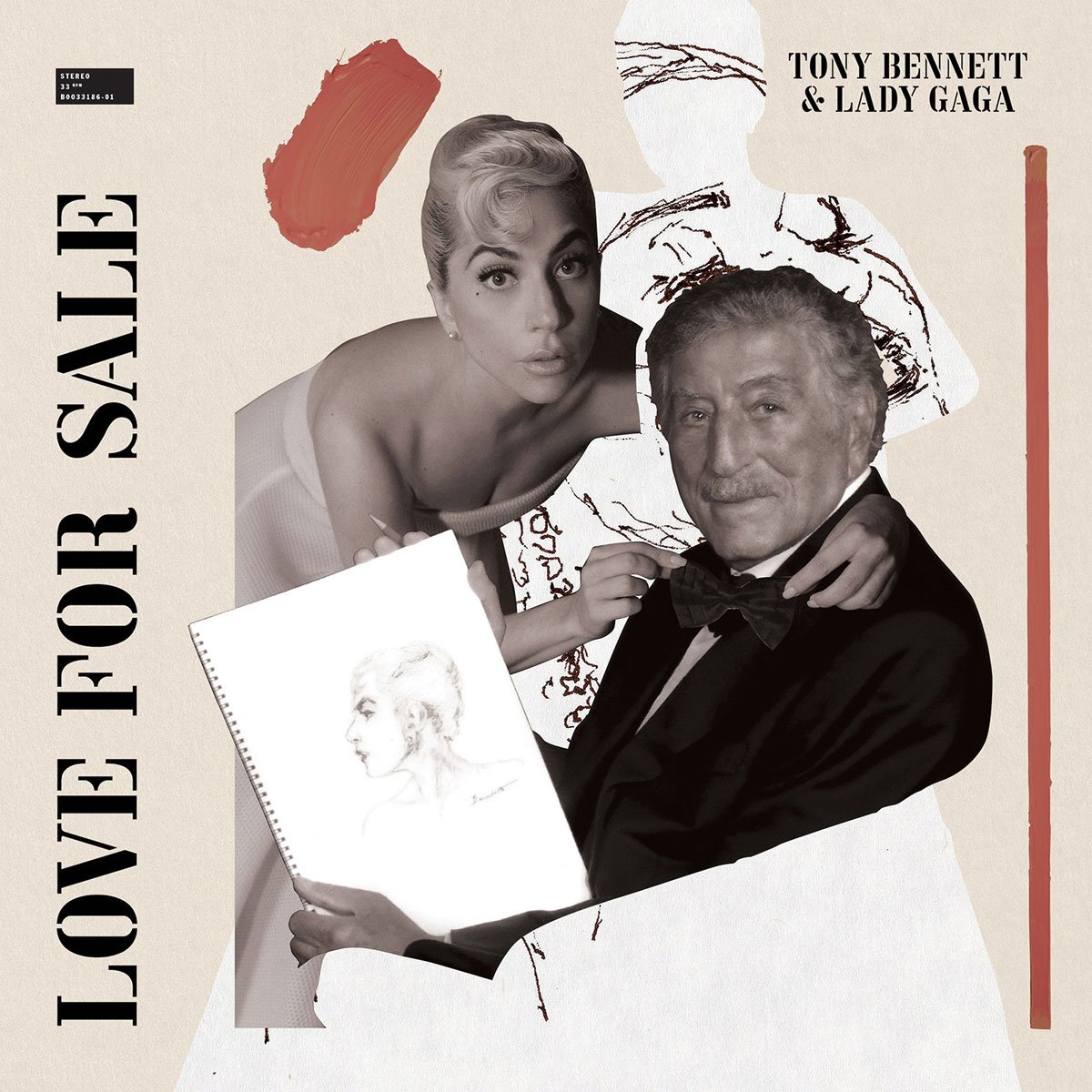 On both 2014’s Cheek to Cheek and its follow-up, Love for Sale, Lady Gaga aims for Ella Fitzgerald but sounds more like Linda Perry doing vocal exercises after a particularly lusty gargle. Hitting the reset button once after an especially plastique effort (Cheek to Cheek was released in the wake of Artpop, while Love for Sale follows Chromatica) was predictable but understandable. But dragging Tony Bennett, who was diagnosed with Alzheimer’s disease in 2016, into the studio for another go at the brassy ring is in its very conception a lot less forgivable. Even more so when you consider how little thought evidently went into the song selection: For one, the title track, sung from the POV of a sex worker, makes literally no sense as a duet. Much worse for being no better than the collaboration that preceded it, Love for Sale would more credibly justify its existence as the soundtrack to Anderson Cooper’s recent 60 Minutes piece than as Bennett’s swan song. Eric Henderson 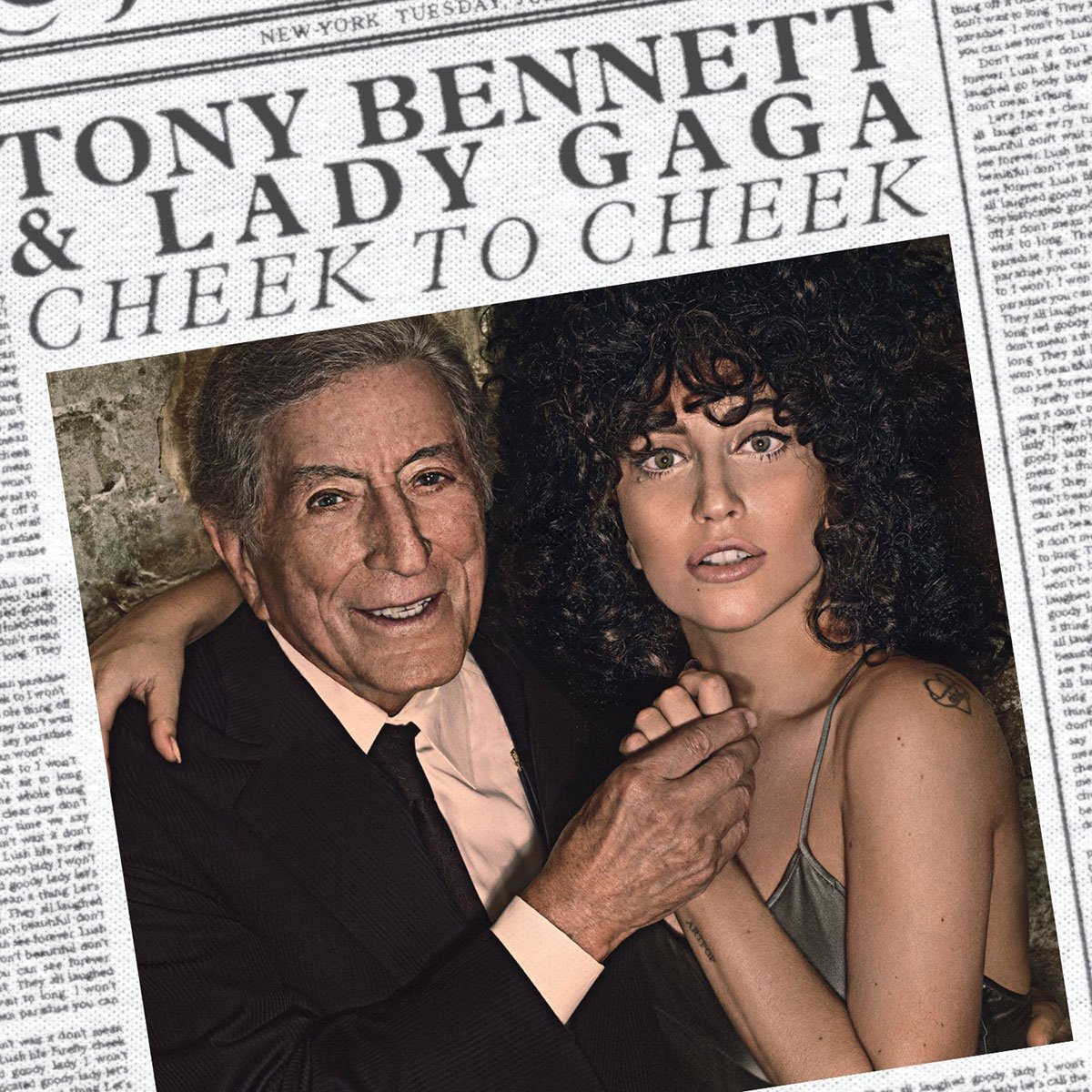 Despite her claims that she grew up listening to the jazz greats, Lady Gaga comes off more as a dilettante than an aficionado on Cheek to Cheek, a collection of duets with Tony Bennett. On songs like the Cole Porter standard “Anything Goes” and the title track, Gaga sounds like what she thinks a jazz singer should sound like; her performances are affected, marred by shouting and clichéd phrasing. She lacks the vocal precision and enunciation that made her so-called idols the masters they were: Her timbre on a cover of eden ahbez’s “Nature Boy” is wildly inconsistent, shifting from soft and almost pleasant to parodic and comical, often within just a few short bars. If not for the session musicians’ top-notch work, including Joe Lovano’s virtuosic tenor sax solos, much of Cheek to Cheek would sound like glorified karaoke. Camp 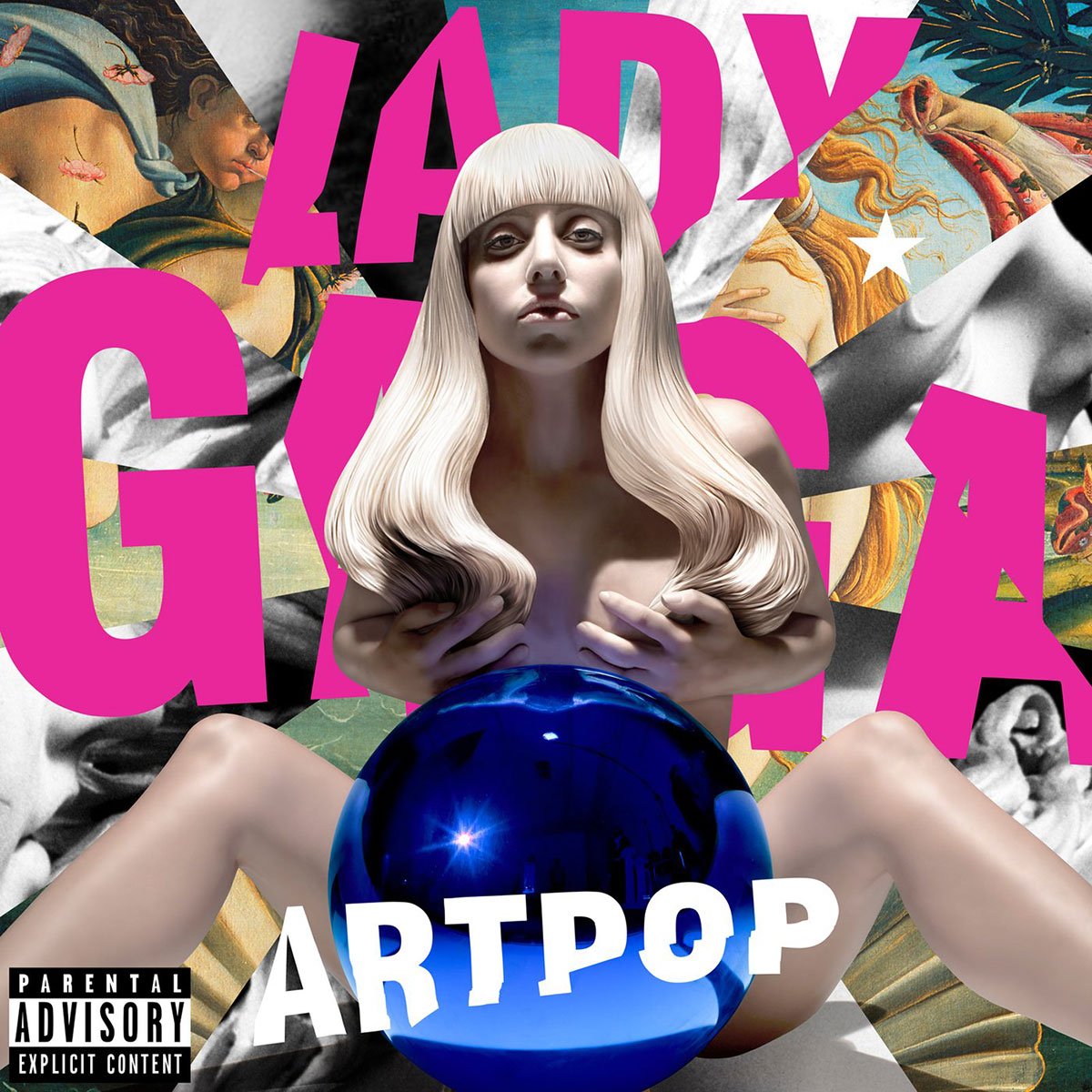 “Artpop could be anything!” Lady Gaga declares on the title track to her third album, Artpop. This muddled creative vision can be heard in the music itself, which vies for versatility—from the dreary, trap-inspired “Jewels n’ Drugs” to “G.U.Y.,” “Mary Jane Holland,” and “Gypsy,” which are all carbon copies of better songs on her first two albums—but ends up revealing a lack of a coherent artistic vision. Silly, seemingly nonsensical lyrics like “Aphrodite lady seashell bikini garden panty” recall Gaga’s early hits, but “Uranus!/Don’t you know my ass is famous?” is no “I’m bluffin’ with my muffin.” Artpop’s best song, “Do What You Want”—a duet with R. Kelly that has since been scrubbed from the album’s digital editions—is a measured electro banger that smartly doubles as a love song and finds Gaga lashing out at critics while doing her best impression of Christina Aguilera. But Artpop was a strategic (mis)step backward, the sound of an artist scrambling to maintain, if not reclaim, her position among pop’s elite. Camp 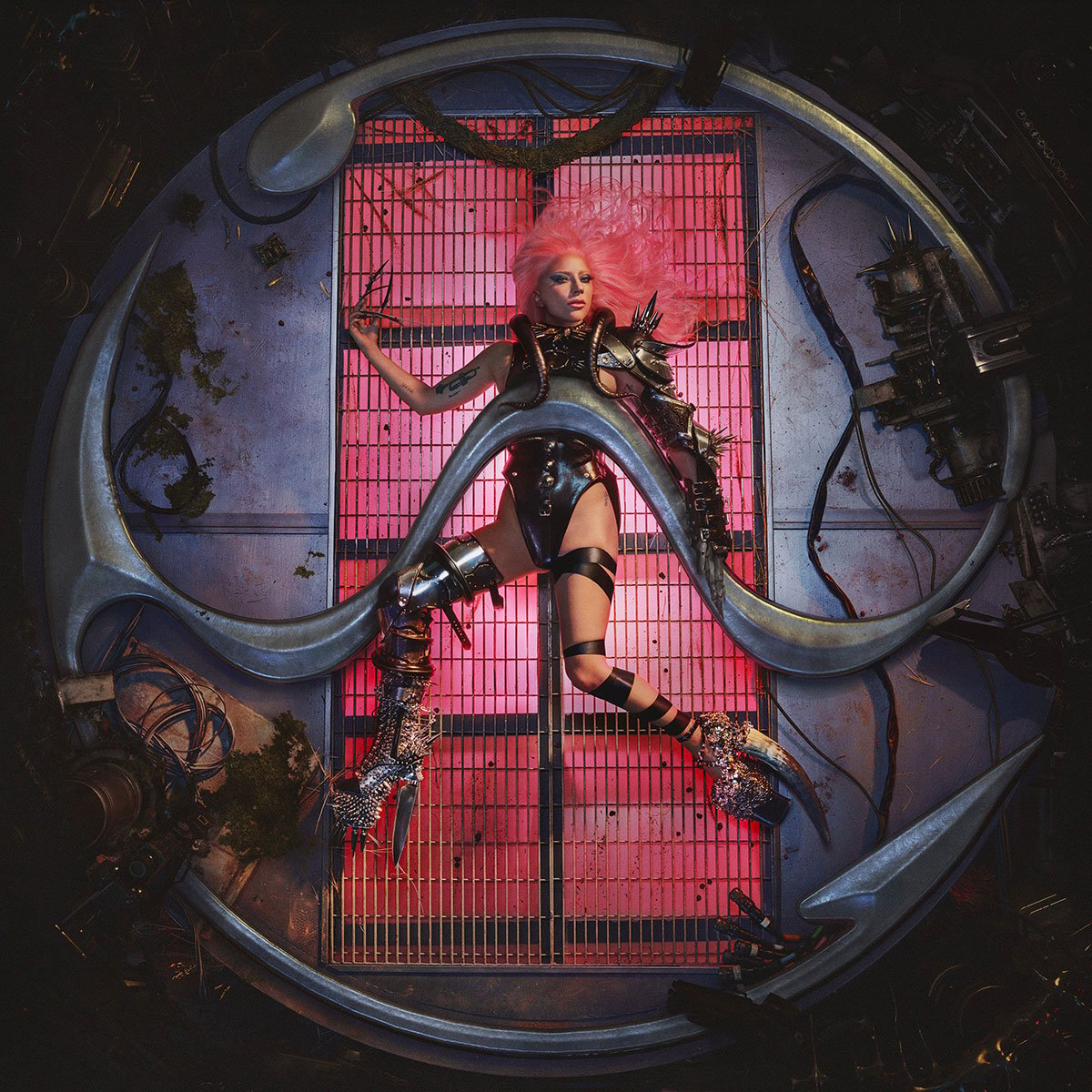 Lady Gaga displays only a superficial understanding of the music she seeks to emulate on Chromatica. There’s an effortlessness to Dua Lipa’s recent Future Nostalgia and Jessie Ware’s What’s Your Pleasure? that puts Gaga’s white-knuckled recreations of 1990s-era house-pop into stark relief. The vast majority of the songs clock in at under three minutes; the pure, if unwieldy, ambition of Born This Way is replaced by SEA-boosting tactics that, fair game or not, chip away at the album’s few creative merits. Orchestral interludes similarly serve little purpose beyond breaking up the sonic monotony into a three-act structure. When strings begin to swirl around in the background of “Enigma,” you can imagine the symphonic electro-pop album that might have been. Like 2013’s Artpop, Chromatica isn’t so much a collection of songs in search of a theme as it is a theme in search of an album. Cinquemani 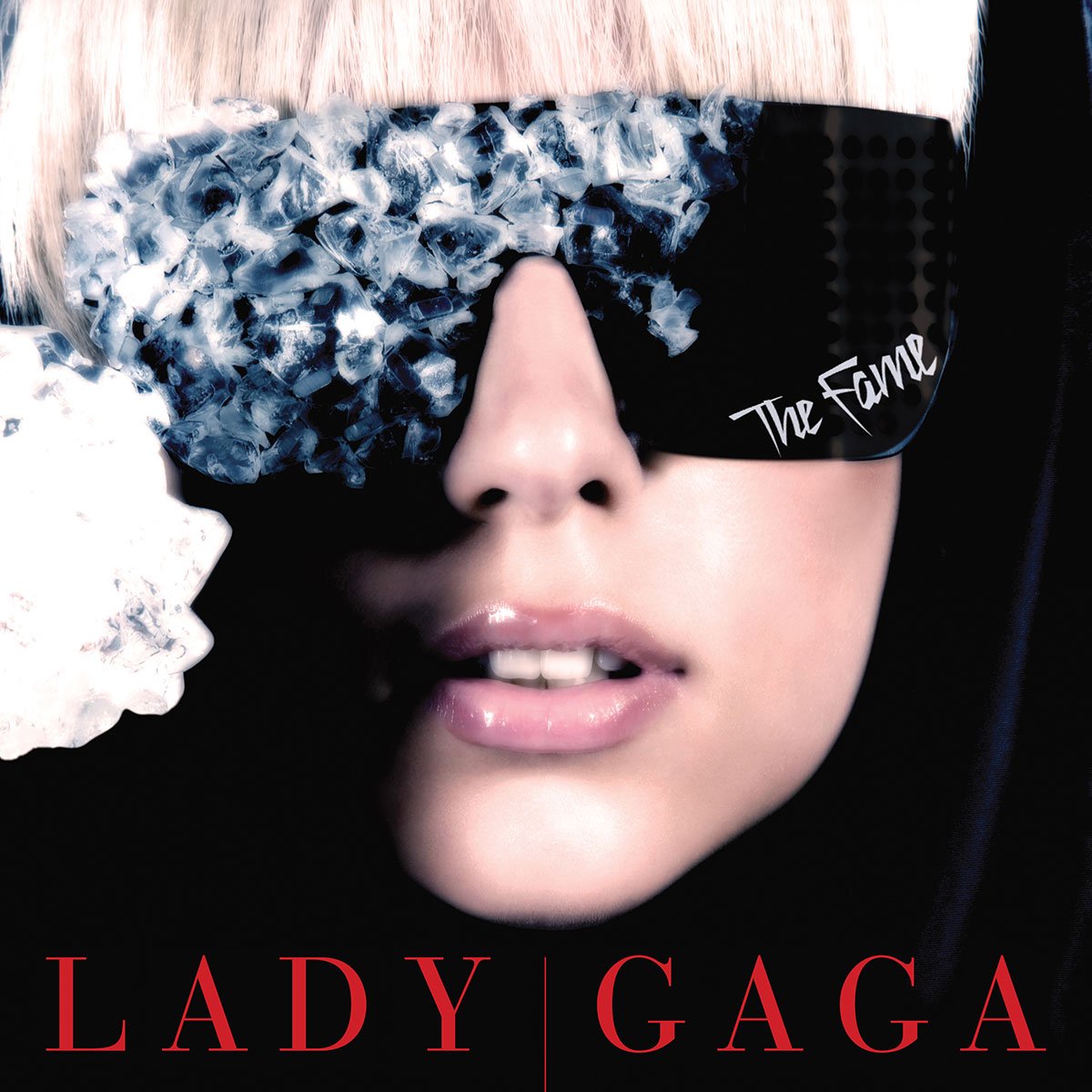 Though Lady Gaga was almost instantaneously coronated by the media as the latest in an exhausting parade of Madonna wannabes, her early visual style cribbed more from Grace Jones and Róisín Murphy, while her debut, The Fame, aped a cross-section of mid-aughts female artists. Lady Gaga was initially a vacant pop avatar, at turns channeling Britney Spears, Gwen Stefani, and Fergie but rarely giving us a glimpse of the real Stefani Germanotta. Throughout the album, she relies on nonsensical drivel—“Drive it, clean it Lysol, bleed it/Spend the last dough in your pocko!”—and displays nary an ounce of irony on tracks like “The Fame” and “Money Honey.” The album’s final single, “Paparazzi,” hints at the more fully developed persona Gaga would soon go on to cultivate, but The Fame remains an empty artifact of its time, flaunting the crass commercialism that gripped the zeitgeist in the years leading up to the 2008 economic collapse. Cinquemani 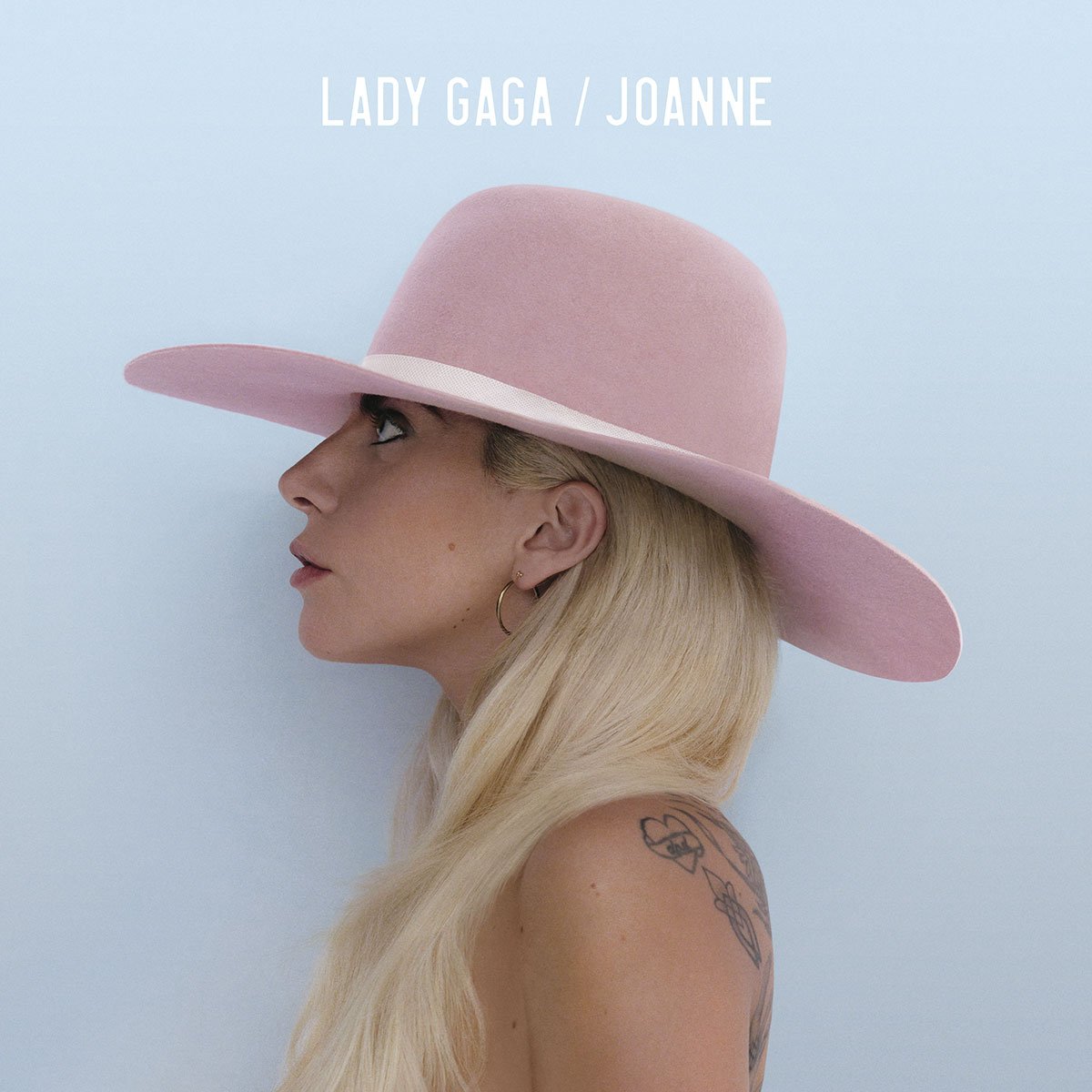 She may have eschewed the outlandish costumes for 2016’s Joanne, but Lady Gaga merely replaced them with a different kind of pretense. “Young wild American/Lookin’ to be somethin’/Out of school go-go’n/For a hundred or two,” she sings on the opening track, “Diamond Heart.” The problem with this rags-to-riches narrative is that her stint as a go-go dancer was, by her own account, more of an anthropological experiment than a means of survival. But while her reincarnation as an Americana troubadour, traveling from one sticky-floored dive bar to the next with her trusty guitar in hand, felt unearned, she does play the part convincingly enough on songs like “Sinner’s Prayer” and the title track. And whether it’s Josh Homme’s snaky guitar licks on “John Wayne” or the backward loops and dreamy psychedelic flourishes of “Angel Down,” Joanne’s real stars are its guest musicians and producers, who help Gaga craft a sonically cohesive and otherwise convincing facsimile of roots-rock. Cinquemani 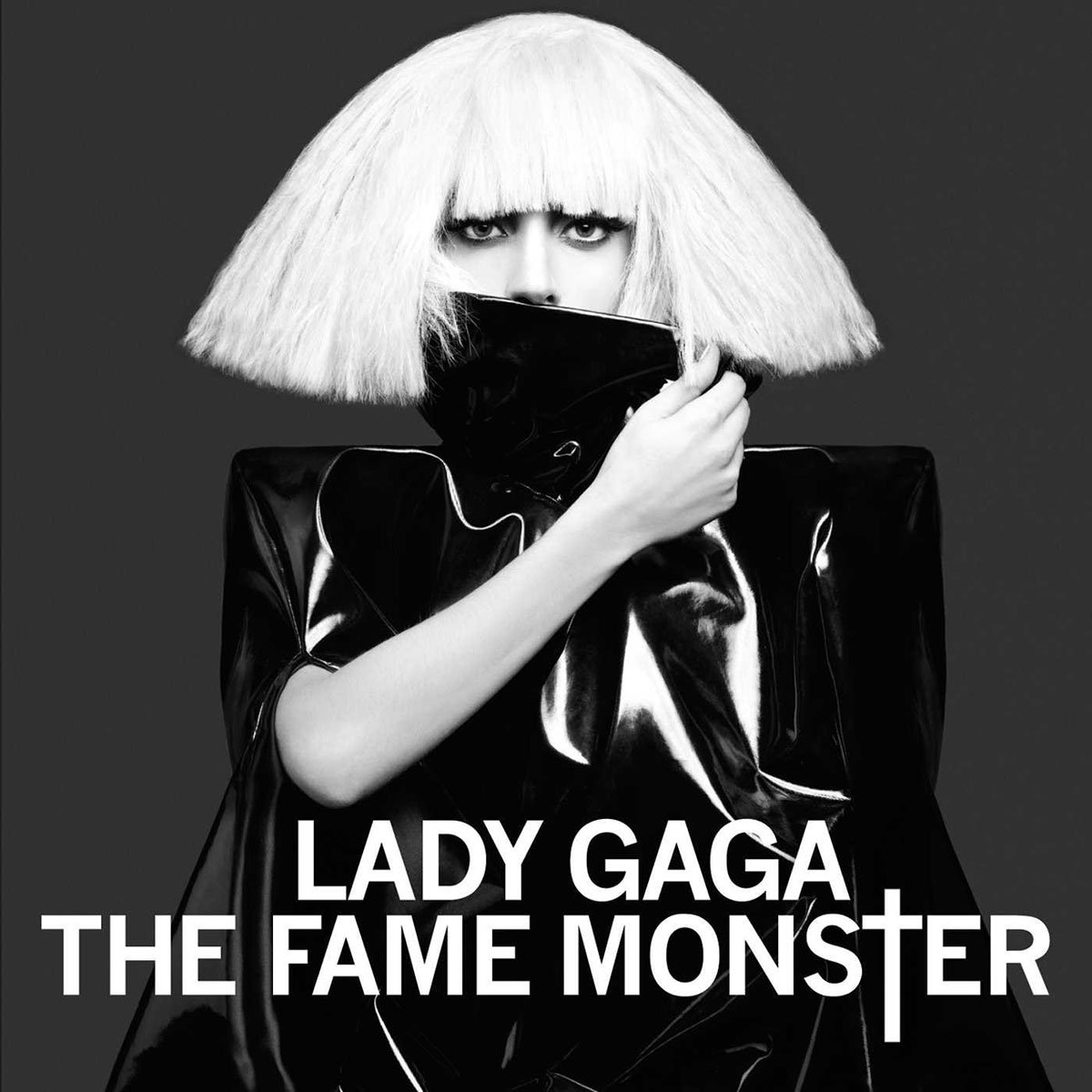 Originally conceived of as a bonus disc for the re-release of The Fame, this eight-song mini-album has earned its lofty place in Lady Gaga’s canon. The Fame Monster wasn’t a huge leap forward for her—several songs ape the sound of hits like “Just Dance” and “Poker Face”—but it did provide some fleeting glimpses of the artist behind the pretense. There’s something instructive about the way Gaga rejects any and all intimacy with others throughout. “So Happy I Could Die” is ostensibly a love song, but the object of her affection is herself—looking at herself, drinking with herself, dancing with herself, touching herself. “Alejandro” finds the singer fending off a harem of Latin men, while she opts for the dance floor rather than answer a lover’s calls on “Telephone.” When she does finally let someone in (or near), it’s a “bad romance,” or he’s a “monster.” That the closest Gaga gets to another human being involves being tied up and bitten says it all. Cinquemani 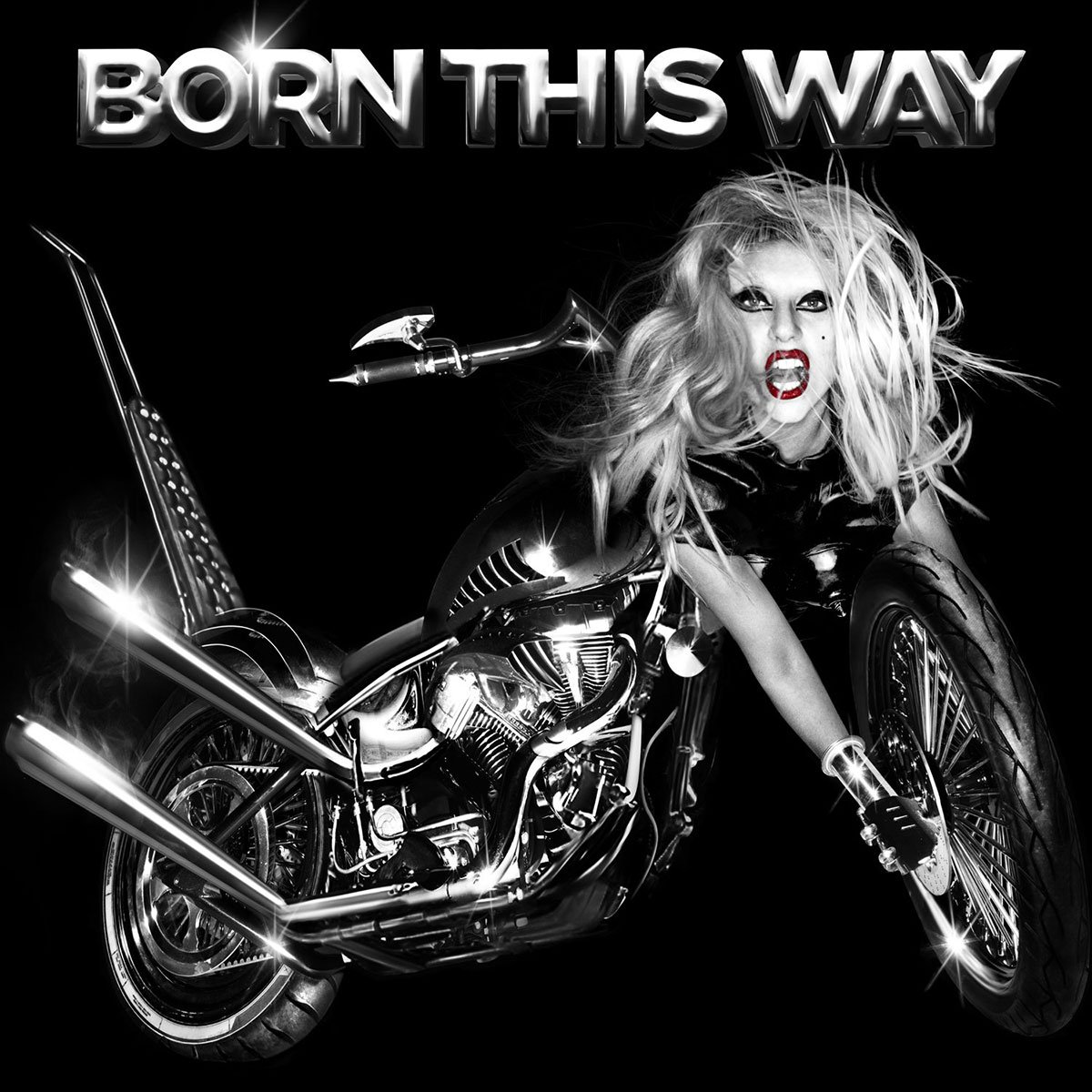 A self-consciously, some might say Warholian, act of re-appropriation, Lady Gaga’s Born This Way rises cannily and hilariously phoenix-like from its primordial soup of influences, which includes chunks of Cher, Madonna, David Bowie, Queen, Klaus Nomi, Billy Idol, even Dead or Alive. With its relentlessly throbbing beats (“Americano”) and plethora of fierce breakdowns (“Scheibe,” “Heavy Metal Lover”), this resuscitated vintage would be perfectly content as the soundtrack to fashion weeks and underground sex dungeons the world over, though really it’s intended as a sincere ode to the bedazzled hearts of outsiders past and present, real and imagined. Ed Gonzalez