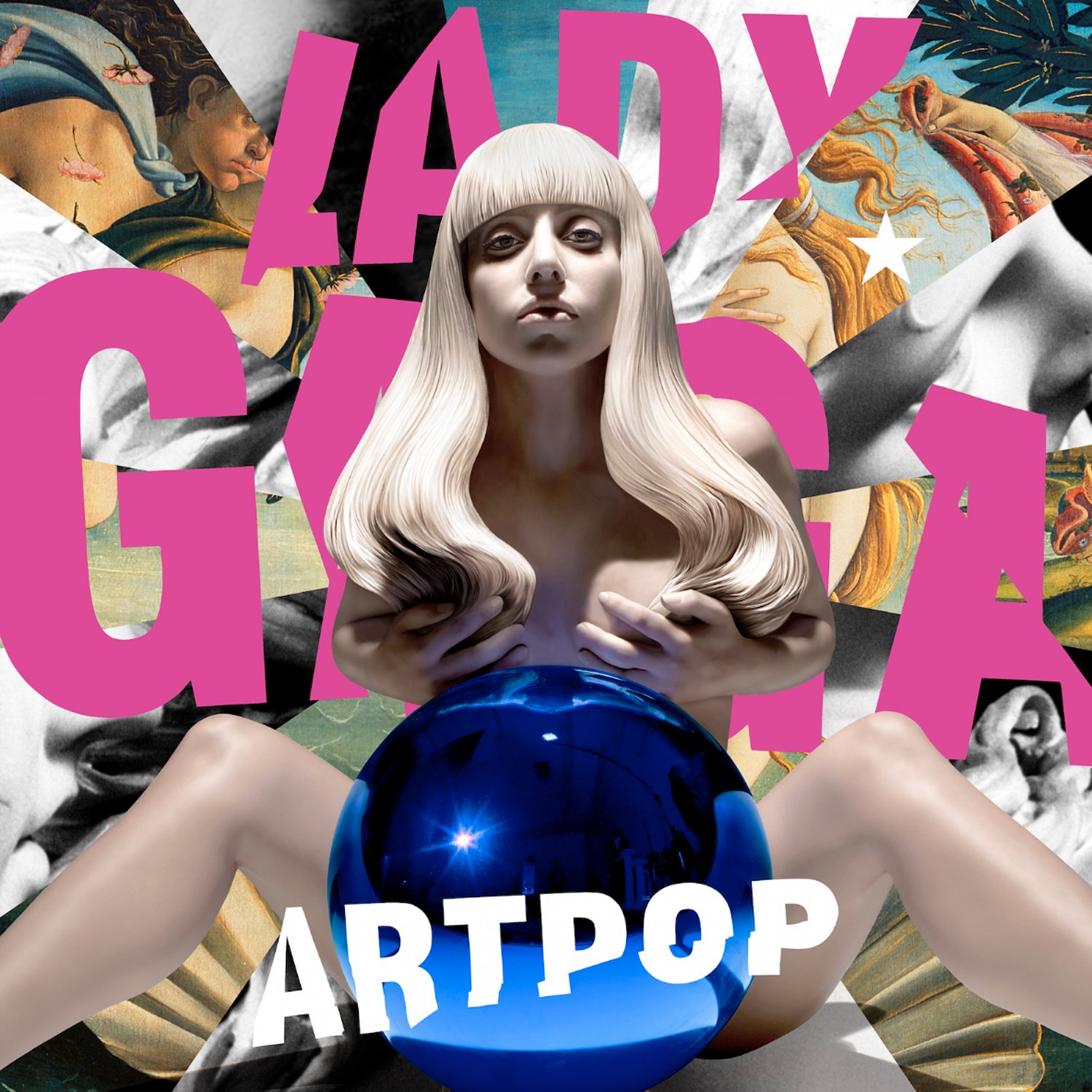 Lady Gaga explained the premise behind her new album, Artpop, to The Guardian this way: “I stood in front of a mirror and I took off the wig and I took off the makeup and I unzipped the outfit and I put a black cap on my head and I covered my body in a black catsuit and I looked in the mirror and I said: ‘OK, now you need to show them you can be brilliant without that.’” To wit, the initial publicity photos released for the album picture Gaga with comparatively little makeup or clothing and donning her natural hair color (if not her actual hair), suggesting that the singer was indeed, finally, stripping away the pretense of her ceaseless performance-art persona. And the lyrics to “Aura,” the very first song that leaked from the album, appeared to bear this out: “Do you wanna see the girl who lives behind the aura, behind the curtain, behind the burqa?”

But it was ultimately just a tease. While Gaga may be naked on the album’s cover, it’s telling that her body isn’t flesh and blood, but a statue. No sooner had the lead single, “Applause,” been released than Gaga was quickly reverting to outlandish costumes almost like a reflex. The choice of “Applause,” a love letter to her fans (or, rather, her fan’s love), as Artpop’s first single is indicative of Gaga’s continued enabling of her co-dependent relationship with her “little monsters,” and rather than open herself up to a wider audience, the song only further cocoons her. And her articulation of the album’s theme has been, to be generous, ever-evolving. As she admits on the title track, “Artpop could be anything”!

This lack of clarity and focus is reflected in the music itself. Though the dismal, trap-inspired dud “Jewels n’ Drugs” flaunts Gaga’s versatility, it primarily serves to highlight the album’s lamentable throw-everything-against-the-wall approach. (The second single, “Do What U Want,” more seamlessly integrates urban elements into Gaga’s signature EDM aesthetic.) Artpop isn’t the sound of an artist moving forward, but of one scrambling to maintain, if not reclaim, her position among today’s pop elite. It’s a strategic step backward, with songs like “G.U.Y.” and “Sexxx Dreams” channeling the vapid party girl of The Fame’s “LoveGame” and “Just Dance,” and “Mary Jane Holland” and “Gypsy” reminiscent of standout tracks from Born This Way.

What makes Artpop impossible to dismiss, however, is that when Gaga revisits more conventional pop sounds and structures, the results are often sublime—and surprisingly revealing. She alternately conjures Debbie Harry and a helium-voiced pop cipher a la Britney Spears or Paris Hilton on “Sexxx Dreams,” but when the music drops out and she coyly addresses the object of her subliminal fantasies, you get the sense that Gaga is finally giving us a glimpse of the real Stefani Germanotta. And though the euphoric “Gypsy” is essentially a rewrite of “The Edge of Glory,” the song examines Gaga’s unyielding lust for the spotlight far more effectively than “Applause” does.

“G.U.Y.” doesn’t really bring anything new to the canon of pop songs exploring sexual role reversal, but Gaga executes it like a dedicated apprentice. In fact, that’s the fundamental lesson of Artpop: Gaga is still very much a pupil of pop, scavenging for inspiration like an undergraduate in a late-night cram session. Cribbing from Sun Ra by way of French duo Zombie Zombie, “Venus” confirms that she knows how to write catchy hooks, just not what to do with them or, more importantly, how to self-edit. Despite some welcome hints of B-52’s-style camp, the song’s daft spoken bridge basically amounts to an elementary tutorial on astronomy. There was a certain wit to “Paparazzi” and “Telephone,” particularly the videos, but Gaga’s sense of humor has largely evaporated, replaced with an air of self-importance in both her activist and musical works, making it difficult to determine if a song like “Venus” is genuinely intended to be avant garde or if she’s just taking the piss.

Of course, Gaga continues to be a student of Madonna, and the songs that most plainly draw from the headmistress of pop’s oeuvre prove to be some of the album’s grooviest. Remarkably, given that the track was co-written by one of the producers responsible for “Born This Way,” “Fashion!” isn’t bashful about its nods to both “Holiday” and, in what will inevitably scan as a dig, “Material Girl” (“I feel alive when I transform/But this love’s not ma-teri-aaal!”), while the slick Eurodisco of the title track conjures Madge’s Confessions on a Dance Floor.

Coincidentally, “Artpop,” a tribute to hybrids and contrast, is the closest Gaga comes to establishing a coherent theme for the album. “We could, we could belong together: art, pop,” she chants, her robotic timbre juxtaposed with operatic background vocals. She marries eccentric, glitchy verses and an anthemic pop hook on “Aura,” and deftly emblematizes the often-overlooked lineage between the aggression of metal and techno on “Swine.” In the end, though, it’s Artpop’s most naked, straightforward pop moments that are the album’s most redemptive. As Gaga concedes: “Sometimes the simplest move is right/The melody that you choose can rescue you.”