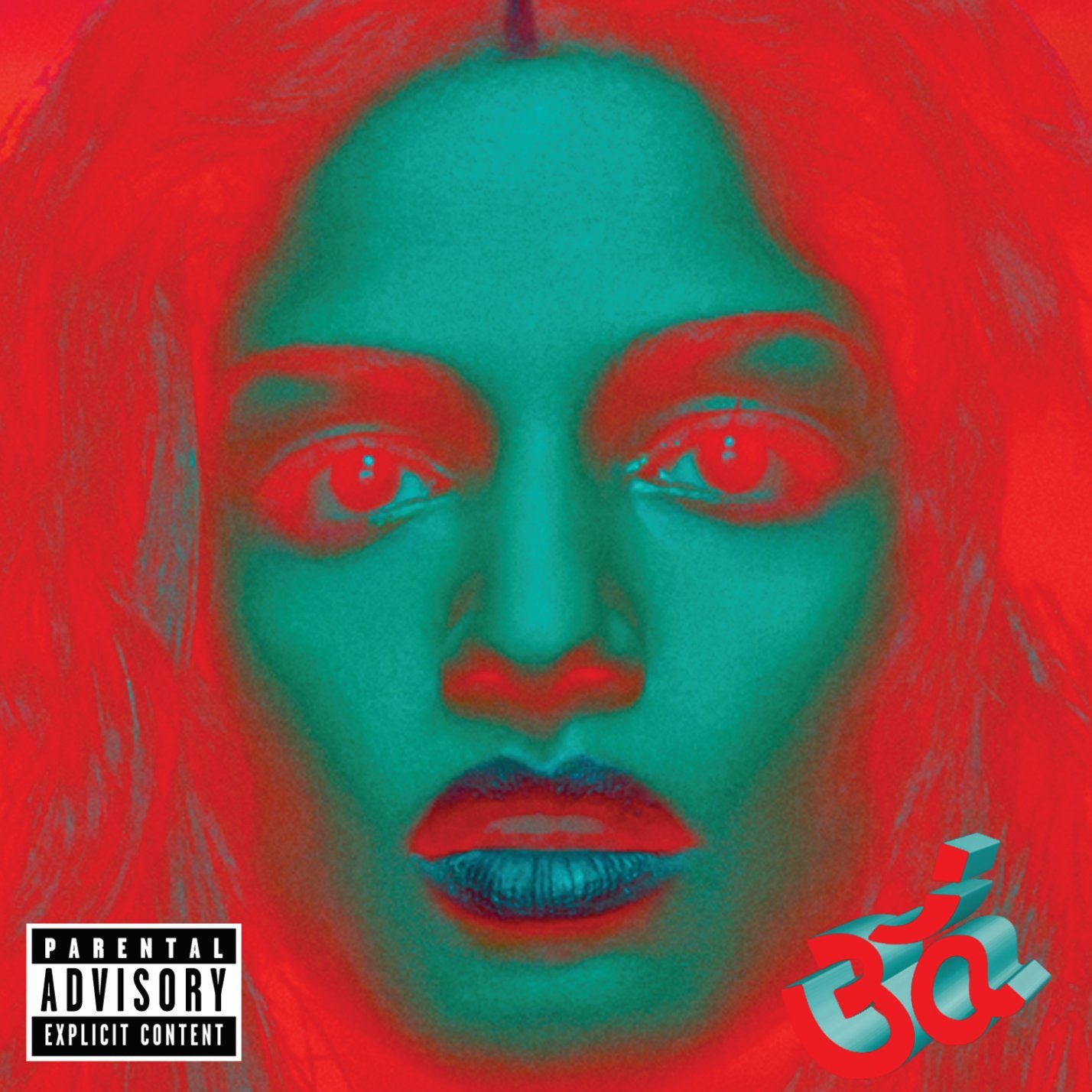 Rap music has always functioned as the voice of the Other, allowing artists to forcefully confirm or combat social stereotypes through free-flowing torrents of expressive wordplay. This makes it the perfect medium for M.I.A., an outsider in a genre full of outsiders, a faux-radical female Brit sprung from a Southeast Asian background. Exaggerating and eroticizing her differentiating qualities, she’s crafted a fiercely formidable persona with its own set of unique associations, one that has commodified cultural dissent as a means of antagonistic expression, tapping into a long tradition of musical rebellion.

Backed by a powerful set of bizarre beats, she again settles into stride on Matangi, which taps into that persona with far more finesse than the dreary, abrasive Maya. Synthesizing a variety of individual influences, from her Sri Lankan background and beyond, the album stirs up a heady mixture of abrasive and tuneful elements, akin to the warped take on world music that defined her first two efforts. It’s a vibrant, kaleidoscope approach, with a pronounced focus on religious and personal themes, a combination of enticing ingredients that would be far more satisfying with a bit more substance behind it.

The main issue here is that M.I.A.’s attempts to dig into the fundament of her personal mythos, laying out the influences that drive and sustain her, aren’t accompanied by individual history or specific detail. Instead we get the same weak, sneering rhymes trading on wan anti-establishment signifiers, more cartoonish haughtiness backed by Benetton-level populism. M.I.A. is by all signs a political rapper, but she remains loath to present actual concrete viewpoints, settling for superficial moves like a rote listing of nations (most of them third world) on the title track. That song is otherwise dizzying and forceful, but the sentiment behind it is all resistance-themed flash, the musical equivalent of a DayGlo Che T-shirt.

These concerns remain largely secondary, however, when dealing with music that’s as compelling as this; the album’s frenetic first half is as potent and furious a cocktail of clashing sounds as anything since the Knife’s Shaking the Habitual. Tossing together an assaultive amalgam of Desi instrumentation, Bhangra beats, Hindu imagery, and buzzword rhetoric, she crafts a gaudy, elliptical song cycle that again syncs up her lyrical and musical approaches. This construction, with its focus on roots and self-autonomy, helps clarify the aggressive nature of Maya, which toned down the pop elements in an effort to force us to consider M.I.A. as an artist, rather than a figurehead for former creative partner Diplo. Matangi makes a far more persuasive argument in this regard, identifying a rapper with little interest in hewing to familiar pop dictates, drafting a tough new style of dynamic, intensely experimental hip-hop. This is admirable in any sense, and goes a long way toward forgiving any issues of shallowness that may persist.

As a variegated sonic mosaic teeming with percussive samples, Matangi is stunning. The backdrops here, which shift fitfully between and within songs, combine work from longtime collaborator Switch and contributions from Hit Boy, the Weeknd, and Partysquad. The dominating production style serves to relegate the rapper toward the middle of a dense patchwork of sounds, which is useful considering how lacking M.I.A.’s lyrics often are. Sometimes the two sides find a happy medium. A song like “Y.A.L.A.,” with its karmic, acidic response to the YOLO fad, identifies the best M.I.A. mode as a satirical commentator on the ephemerality of hip-hop trends, using Hindu themes of eternal recurrence as both a dilettantish exotic framework and the basis for her own specific brand of epic braggadocio.

Unfortunately, this approach never fully calcifies, and Matangi inevitably falls short of greatness because of M.I.A.’s flat refusal to develop her persona. The album may represent a wholly advanced aesthetic, one that packages her taste for new sounds as evidence of her fiercely declamatory pride, but it’s laid over the same foundation of thinly conceived cartoon agitprop. Her actual interest in radicalism and guerilla imagery is about as keen as that of most MCs who rap about slinging drugs, and while this is deftly played as parody at times, she too often falls back on pitifully half-assed rhymes. As for the personal history angle, she opens up briefly on “Boom Skit,” but the brief, withering burst of genuine frustration presented here only calls into contrast how false the rhetoric sounds elsewhere, never getting closer to actual emotion than a vague double-talk love song like “Come Walk with Me.” Matangi again establishes M.I.A. as one of the most fascinating figures in modern music, but the personal voice underlying her material remains aggravatingly half-baked.

Review: Celine Dion, Loved Me Back to Life