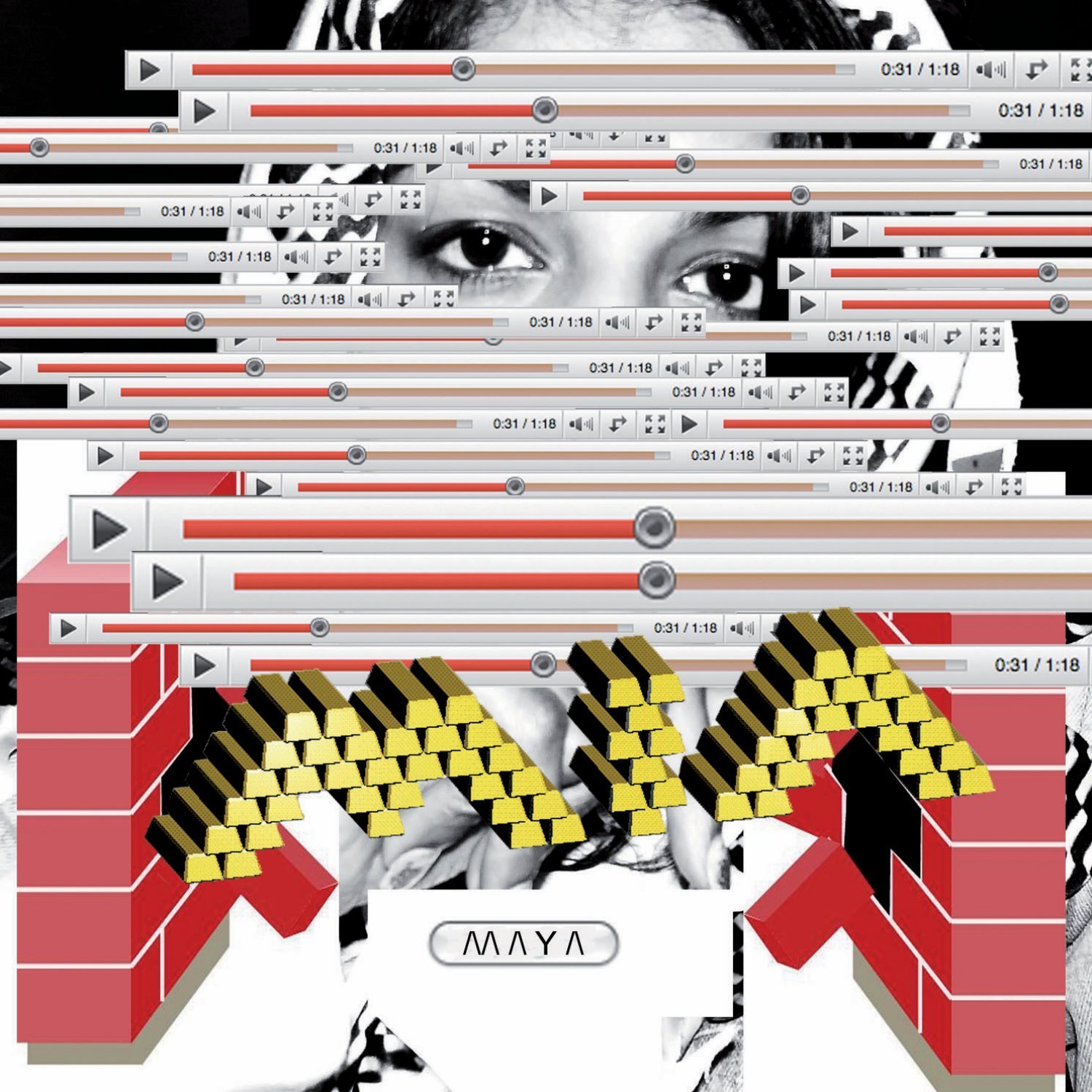 The lead up to the release of M.I.A.’s Maya can be characterized by two items: a shock-mongering music video and a withering New York Times profile. The video, for the single “Born Free,” is a slick piece of agitprop leaning more toward exploitation than genuine discourse. It documents indignities of all sorts, ranging from the persecution of redheads to a gratuitous shower of body parts to an unattractive couple having graphic sex. The article, which came a few weeks later, was a relatively direct attempt to deflate the persona behind this kind of product, portraying the artist as an entitled self-promoter posing as musical guerrilla.

The takedown may have been spot on, and it identified M.I.A. as someone worth knocking down a peg, thus cementing her success while earning her even more attention. And while there are a lot of nits to pick at in her persona, perhaps the most relevant one is not the thinness of that character, which has merchandized dissent in a way that’s both infuriating and fascinating, but her inability to really connect it to the actual character of her music. While marked with fight-the-power shout-outs, references to Gandhi and the Pope, and murmurs of anti-establishment sentiment, Maya is, like most of her previous output, never overtly political. It’s therefore unfortunate, but not altogether surprising, that the moment where her profile is highest has also produced her weakest album.

A lot of Maya certainly has the feel of a vanity project, with lapses into singing that seem less like attempts at creative growth than a fuck-all assurance that everything she touches will turn to gold. The necessity of a political backdrop leaves us with an album that, by her own account, is about the control of information, the Googles and mass media giants that hold the keys to what we see and hear. But this is a disingenuous feint that ignores the fact that Maya is mostly about M.I.A., her ability to shock and enthrall us, while subtly adapting her façade, now packaged as a new mother and multi-millionaire heiress who’s still firmly dissenting and resolutely funky. In this respect, her continued self-serving attacks on an alleged media cabal, positing herself as a fount of truth in a world full of lies, seem like a page torn from the Bill O’Reilly playbook.

That doesn’t mean that a lot of Maya, which continues the familial naming scheme that gave us albums named after each of her parents, is great fun. Songs like “Teqkilla” and “Meds and Feds” are thumping party jams whose subject matter is beside the point. But its transition from the seething multicultural production stew of her first two albums, dropping baille funk and sub-continental rhythms for a pulsing factory aesthetic, makes it sound flatly grim and often willfully unpleasant.

This change in style may have some ties to another extracurricular news item: M.I.A.’s break with former guru/boyfriend Diplo, who only worked on two tracks here, including the airy new single “Tell Me Why,” and was reportedly barred from visiting the house where it was recorded. Much of the backing work has been left to someone named Rusko, and while his beats are above the standard hip-hop fare, they often feel facile and ugly. “Lovalot” is the silkiest thing she’s done yet, but its smoothness is less indicative of the overall atmosphere than the cheesy auto-shop experiment “Steppin Up,” or the aforementioned “Born Free,” which hijacks Suicide’s “Ghost Rider” while never really adding anything new to the sample.

Consequently, Maya feels like a crossed border, demonstrating an inability to sustain a sound worthy of her Barnumesque scene-making abilities. Other artists that have made headlines for controversy have managed to link that sense of commotion to the music, identifying both as twinned aspects of a single personality. Someone like Lady Gaga represents uniformity across different mediums, her stylistic presence and musical output finding a common ground of freshness, button-pushing, and absurdity. M.I.A.’s non-album antics have been perfectly calibrated to create buzz, irk, and hold attention, but her music, at least on Maya, doesn’t match that ability, either in tone or level of interest. It may be an above-average album, but its aesthetic matches her persona only at its shallowest levels, in the thinness of its ideas and the often-forceful ugliness of its message.