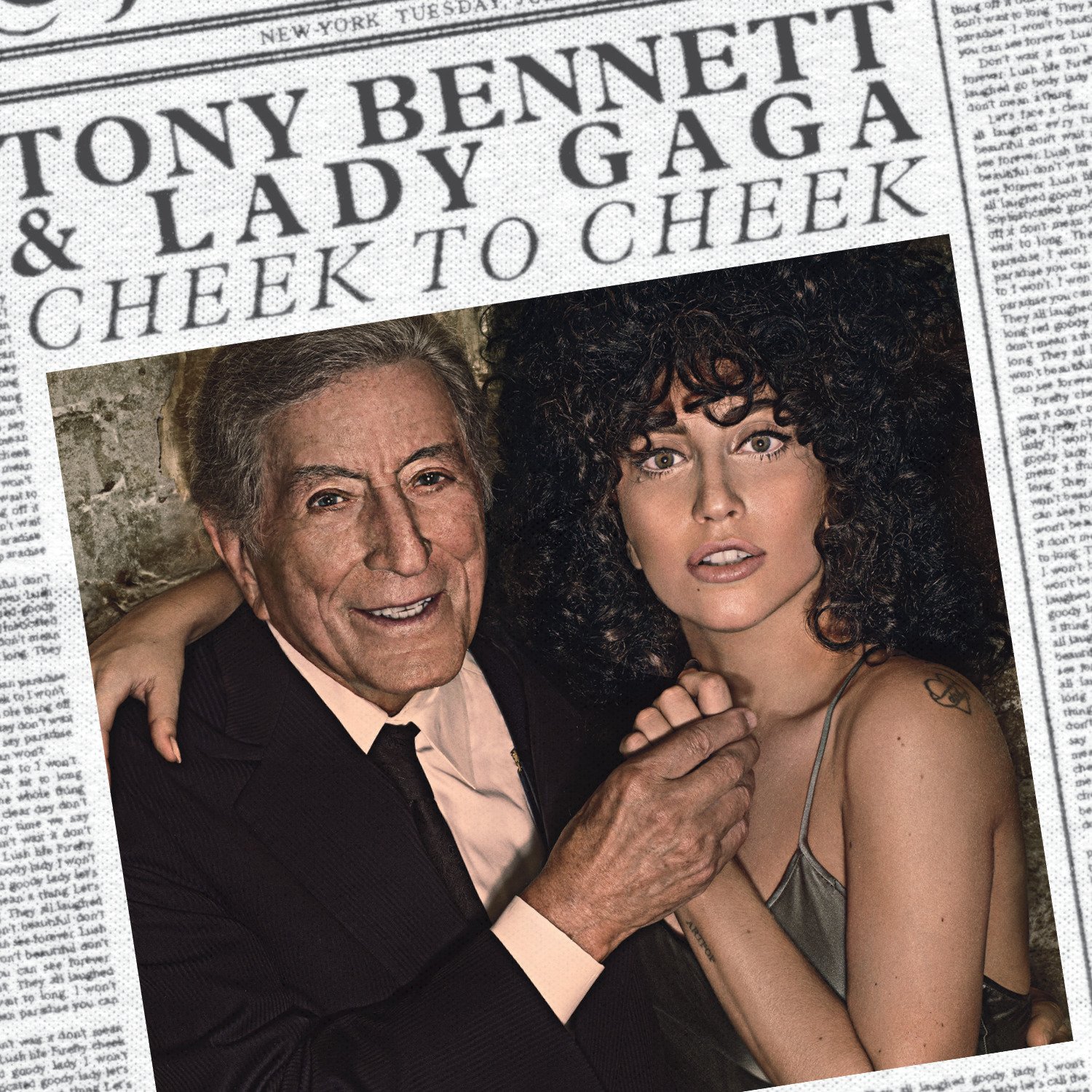 It’s the oldest trick in the book: Past-prime pop singer attempts to boost his or her relevance in the face of dwindling sales and hastily changing trends by commissioning the help of a hotter, more bankable artist. Tony Bennett and Lady Gaga’s Cheek to Cheek is the latest product of such a collaboration—except I’m not referring to the octogenarian Bennett, who, after 60-plus years in the business, is selling more albums than ever before, but to Gaga, whose free-fall from the upper echelons of pop has been as precipitous as her rise was meteoric.

Despite her claims that she grew up listening to the jazz greats, Gaga comes off more as a dilettante than an aficionado on Cheek to Cheek, a collection of duets with the seasoned Bennett. (Between Madonna, Bowie, Mötley Crüe, and now Ella and Billie, it’s hard to keep track of just how many posters adorned her bedroom walls as a child.) On songs like the Cole Porter standard “Anything Goes” and the title track, Gaga sounds like what she thinks a jazz singer should sound like; her performances are blatantly affected, marred by shouting and clichéd phrasing. She displays a total dearth of the vocal precision and enunciation that made her so-called idols the masters they were; her timbre on eden ahbez’s “Nature Boy,” for instance, is wildly inconsistent, shifting from soft and almost pleasant to parodic and comical, often within just a few short bars.

Bennett doesn’t fare a whole lot better, his otherwise charming performances strained throughout. The pair’s solo efforts, particularly Gaga’s clumsy interpretation of Billy Strayhorn’s “Lush Life” and Bennett’s surprisingly pitchy rendition of Duke Ellington’s “Sophisticated Lady,” only serve to spotlight their shortcomings. The 88-year-old Bennett, who’s managed to stretch his career into not just a second, but third act, obviously deserves some slack, but for a singer who isn’t even 30, Gaga’s voice is shockingly rough-hewn, especially on “I Can’t Give You Anything But Love” and “I Won’t Dance.” Even when all that’s required of her is cheeky, spoken repartee on “Goody Goody,” her persistent vocal fry is insufferable. If not for the session musicians’ top-notch work, including Joe Lovano’s virtuosic tenor sax solos, much of Cheek to Cheek, which drags at an economical 45 minutes, would sound like glorified karaoke.