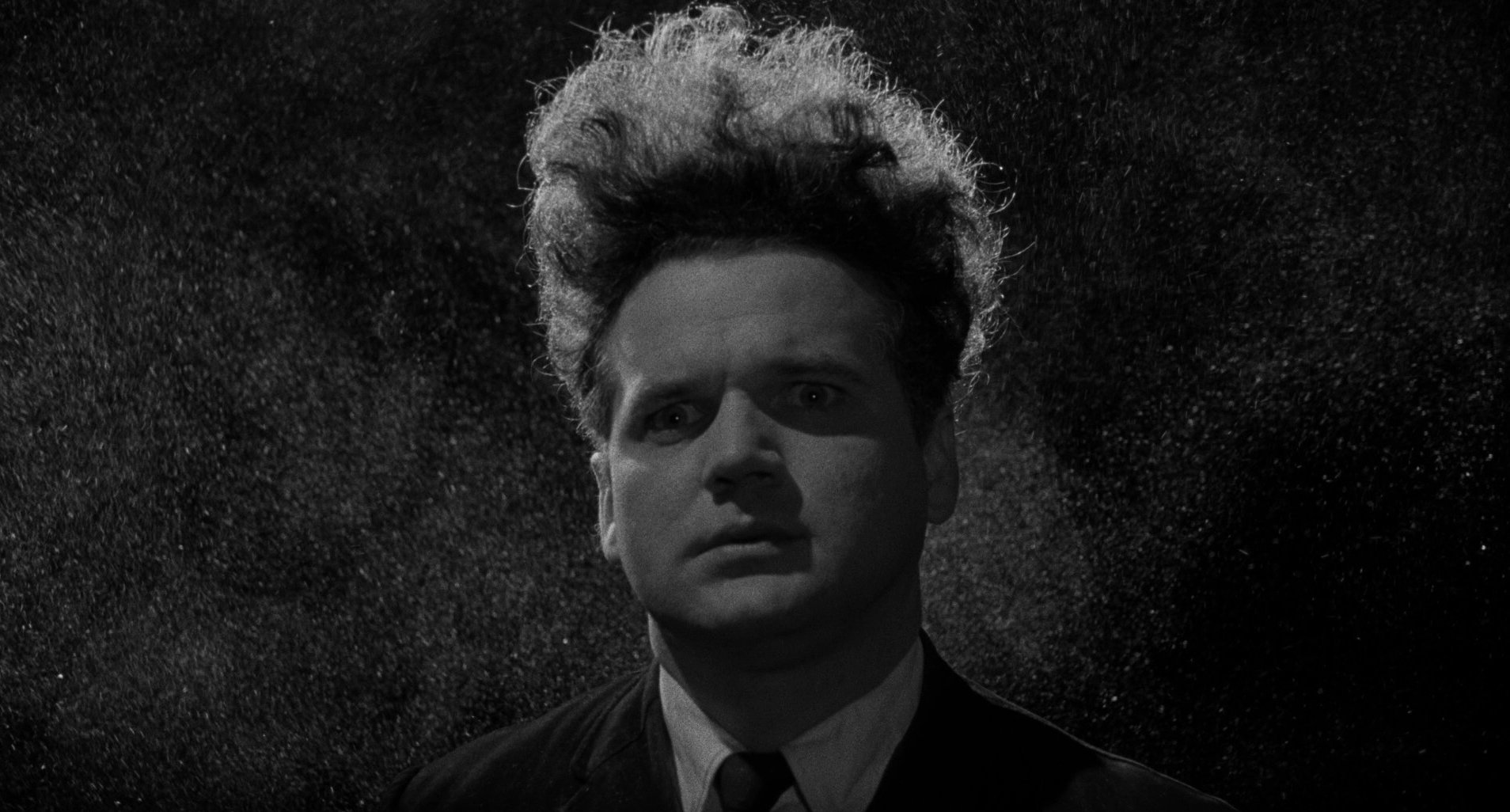 Ever since audiences ran screaming from the premiere of Auguste and Louis Lumière’s 1895 short black-and-white silent documentary Arrival of a Train at La Ciotat, the histories of filmgoing and horror have been inextricably intertwined. Through the decades—and subsequent crazes for color and sound, stereoscopy and anamorphosis—since that train threatened to barrel into the front row, there’s never been a time when audiences didn’t clamor for the palpating fingers of fear. Horror films remain perennially popular, despite periodic (and always exaggerated) rumors of their demise, even in the face of steadily declining ticket sales and desperately shifting models of distribution.

Into the new millennium, horror films have retained their power to shock and outrage by continuing to plumb our deepest primordial terrors and incarnate our sickest, most socially unpalatable fantasies. They are, in what amounts to a particularly delicious irony, a “safe space” in which we can explore these otherwise unfathomable facets of our true selves, while yet consoling ourselves with the knowledge that “it’s only a movie.”

At the same time, the genre manages to find fresh and powerful metaphors for where we’re at as a society and how we endure fractious, fearful times. For every eviscerated remake or toothless throwback, there’s a startlingly fresh take on the genre’s most time-honored tropes; for every milquetoast PG-13 compromise, there’s a ferocious take-no-prisoners attempt to push the envelope on what we can honestly say about ourselves. And some of our favorites are currently streaming on the Criterion Channel. Budd Wilkins 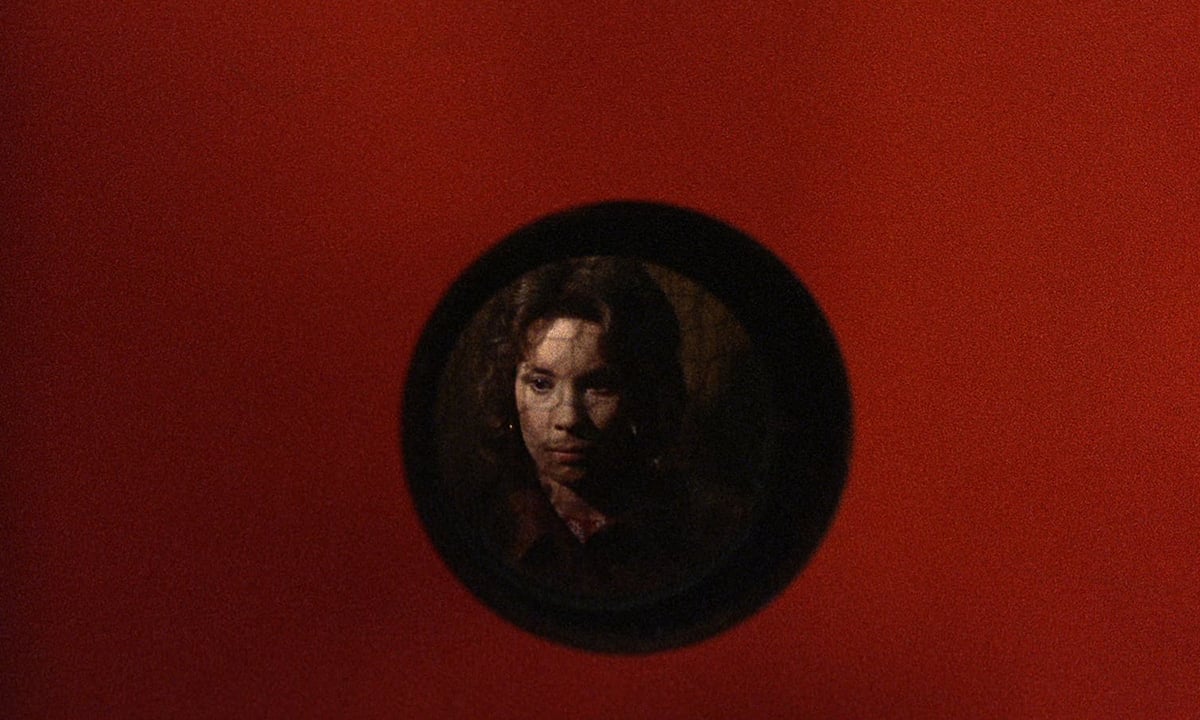 Though Brian De Palma had directed several accomplished features before it, Sisters feels in many ways like a debut film. It’s certainly De Palma’s first attempt to marry the edgy satirical textures of his earlier work with a recognizable genre narrative. Or, more bluntly, Sisters is De Palma’s first horror thriller, which is the genre that has allowed him to express himself fully. Like many debut films, Sisters is self-conscious and intellectually guarded, lacking the emotional vibrancy of its creator’s future productions, but it’s also a stunning work of style that erupts into ferocious madness. Chuck Bowen 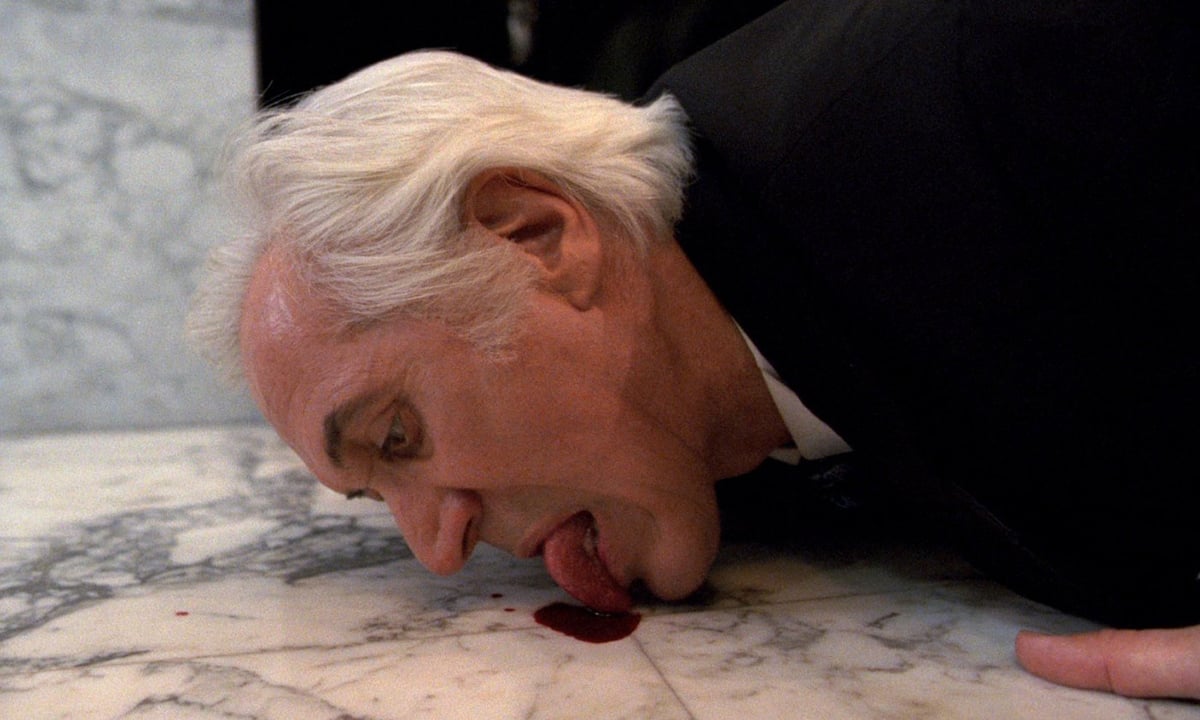 The ticking of multiple clocks overlapping with a series of loud gongs introduces Guillermo del Toro’s debut feature, Cronos, as a forceful mechanism with a built-in timer for sudden bursts of disintegration. Layers of sound resonate over black, giving the yellow credits an eerily present yet menacing feel. The audible dynamism gives way to a familiar dose of historical reflection, with an omniscient voiceover telling of a famous 16th-century Spanish watchmaker/alchemist who dreamt of creating a device that could spring eternal life. After the man is found dead with a stake through his heart among a random building collapse hundreds of years later, it appears he succeeded as a vampire. With this prologue, del Toro introduces the transcendence of manmade supernatural desires, positioning the consequences of abusing myth and legend in a modern-day setting. The tension between history, science, and religion becomes increasingly palpable throughout Cronos, forging ideas concerning mortality and erosion that will evolve in his later films like the Hellboy series and Pan’s Labyrinth. Glenn Heath Jr. 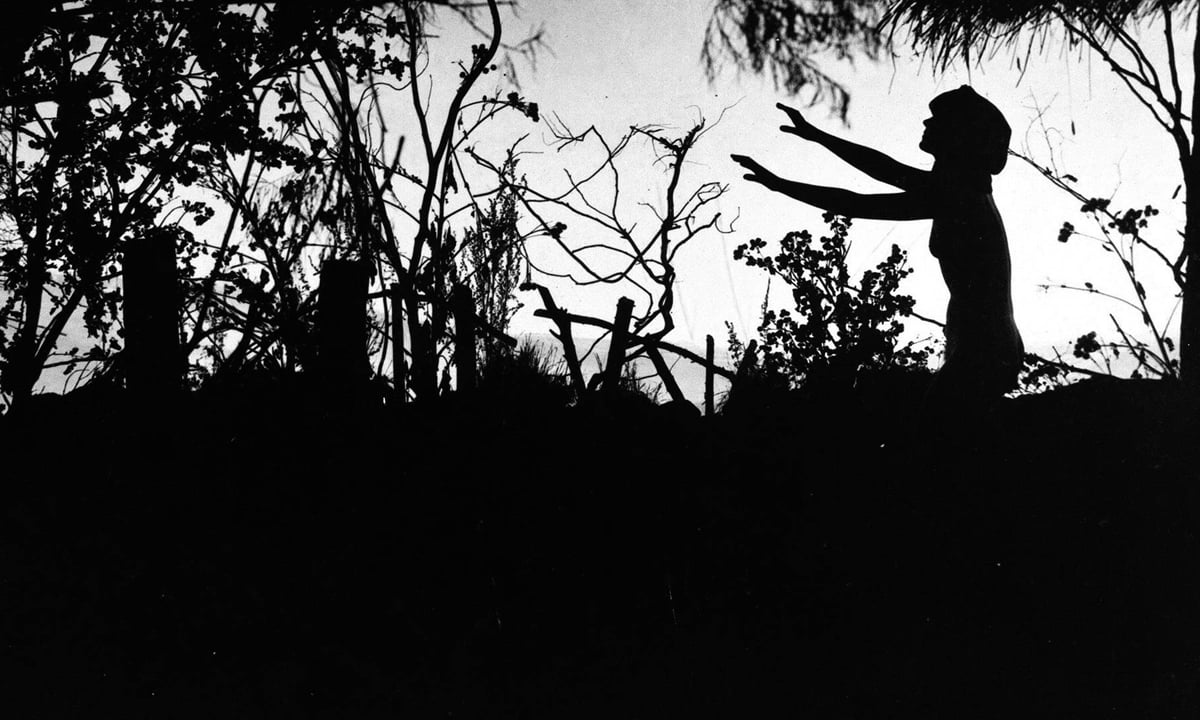 Near the conclusion of Häxan, an intertitle asks: “The witch no longer flies away on her broom over the rooftops, but isn’t superstition still rampant among us?” Such a rhetorical question is in keeping with the implications of Benjamin Christensen’s eccentric historical crawl through representations of evil. Though the film begins as something of a lecture on the topic of women’s bodies as a threat, it morphs into an array of sketches, images, and dramatizations of mankind’s fundamental inability to conceive itself outside of power and difference. Contemporary footage of insane asylums and women being treated for hysteria confirms a truth that’s still with us, nearly a century later: that the horrors of the past are never so far away. Clayton Dillard 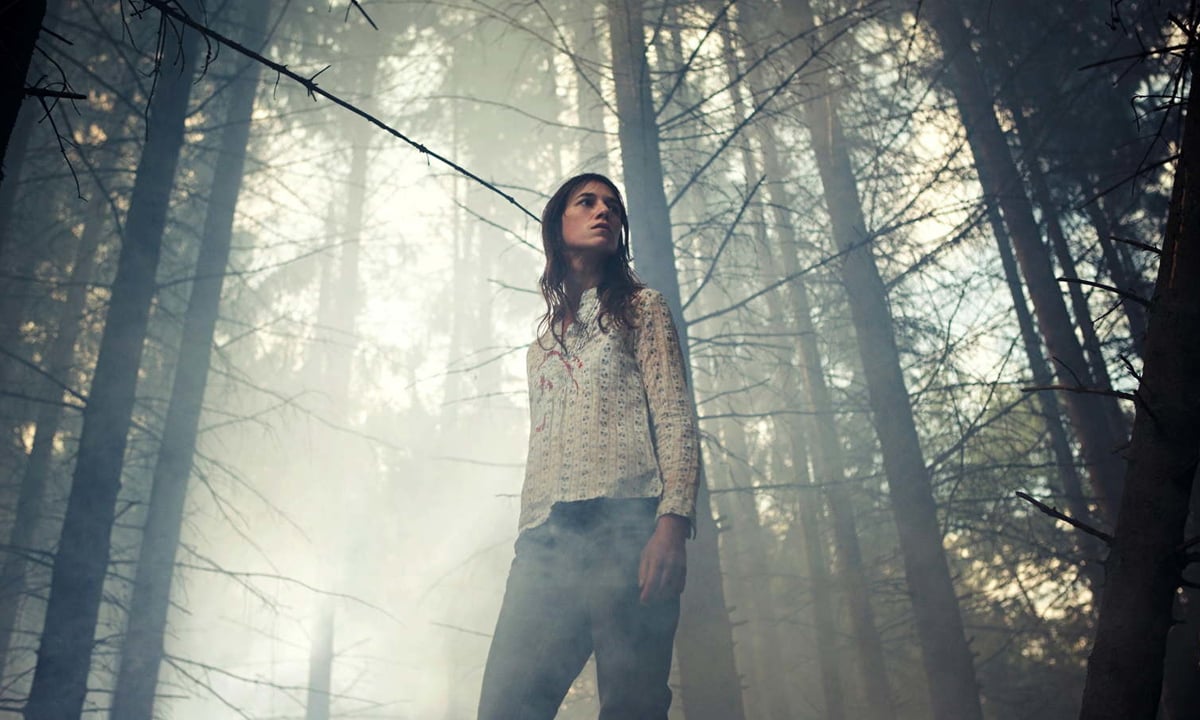 Lars von Trier’s two-hander psychodrama Antichrist draws heavily from a rich tradition of “Nordic horror,” stretching back to silent-era groundbreakers like Häxan and Vampyr (and Carl Theodor Dreyer’s later Day of Wrath), in particular their interrogation of moral strictures and assumptions of normalcy. In the wake of their son’s death, He (Willem Dafoe) and She (Charlotte Gainsbourg) follow a course of radical psychotherapy, retreating to their wilderness redoubt, Eden, where they act out (and on) their mutual resentment and recrimination, culminating in switchback brutal attacks and His and Her genital mutilations. Conventional wisdom has it that von Trier’s a faux provocateur, but that misses his theme and variation engagement with genre and symbolism throughout, which renders Antichrist one of the most bracingly personal, as well as national cinema-indebted, films to come along in a while. It’s heartening to see that real provocation still has a place in the forum of international cinema. Bill Weber 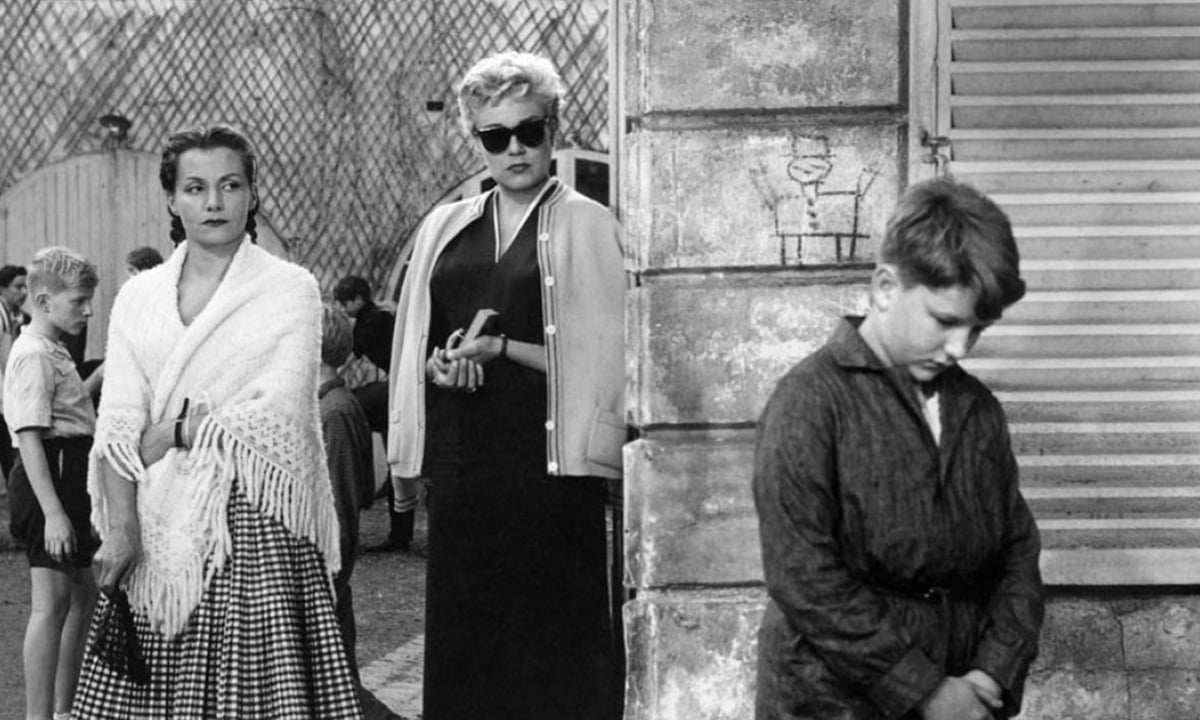 Henri-Georges Clouzot was somehow a realist and expressionist in roughly disconcertingly equal measure. Diabolique’s boarding school is portrayed with the stressed and rumble-ready textures of a real school, yet it also appears to exist in a realm of otherworldly myth that’s particularly embodied by the creepy pool into which Christina (Vera Clouzot) and Nicole (Simone Signoret) eventually decide to dump Michel’s (Paul Meurisse) body. The tedium of murder seems to be conveyed in unusually specific terms, such as the logistics of lifting a chest containing a body up into the back of a car, while other scenes make sense only in symbolic fantasy terms, such as the classic moment where Michel slowly unexpectedly rises out of the cold bathtub. Like much of Clouzot’s work, Diabolique is really a caustic, despairing character study masquerading as a thriller. It conjures an atmosphere of suffocating rot that’s so palpable, in fact, that the murder plot is in many ways its least disturbing element. Bowen 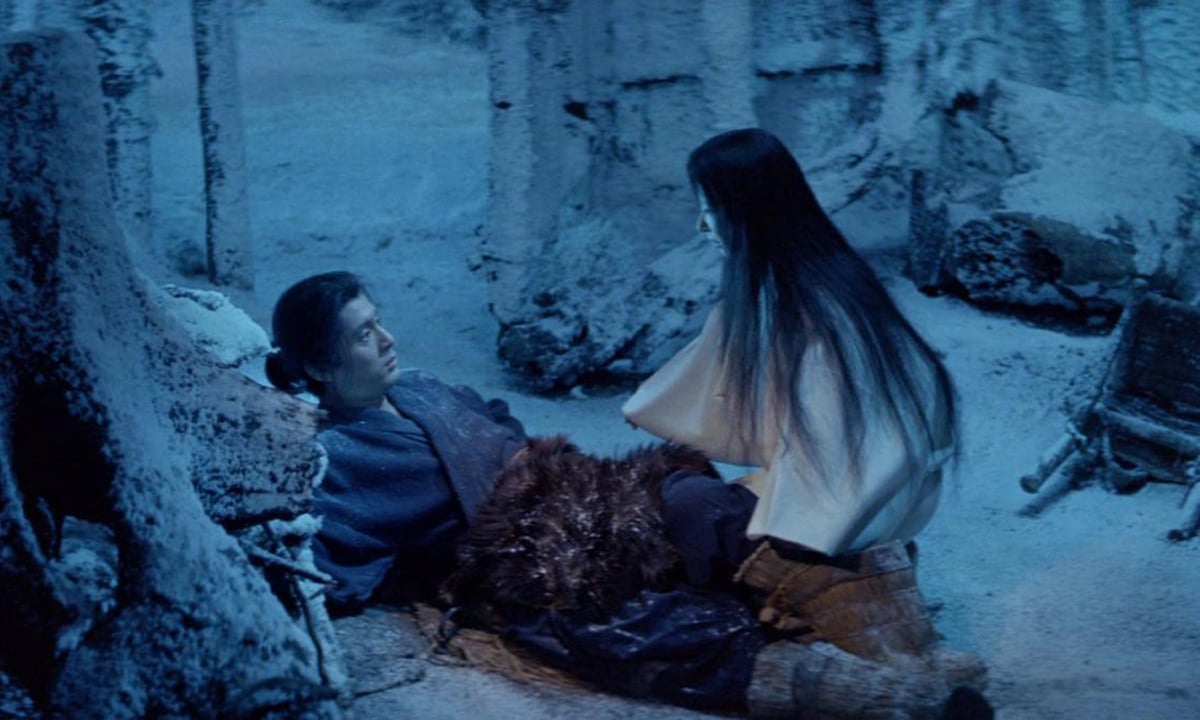 Working from source material by Lafcadio Hearn, Masaki Kobayashi treats his four adaptations to mighty doses of studio artifice to achieve a painterly hyper-reality. Kobayashi’s directorial control of the milieus is total, which is apropos given the fact that Hearn’s stories feature characters in thrall to the whims of outside forces. For what ultimately amounts to slim (in incident, if not necessarily in length) and predictable tales of ghostly infringement on quotidian life whereby the arcs and the outcomes are more or less the same, it’s the complete harmoniousness of the mise-en-scène that keeps them engrossing on a moment-to-moment level, unfolding less like crescendos to narrative surprises than wades through persistent and inexorable hauntedness. Carson Lund 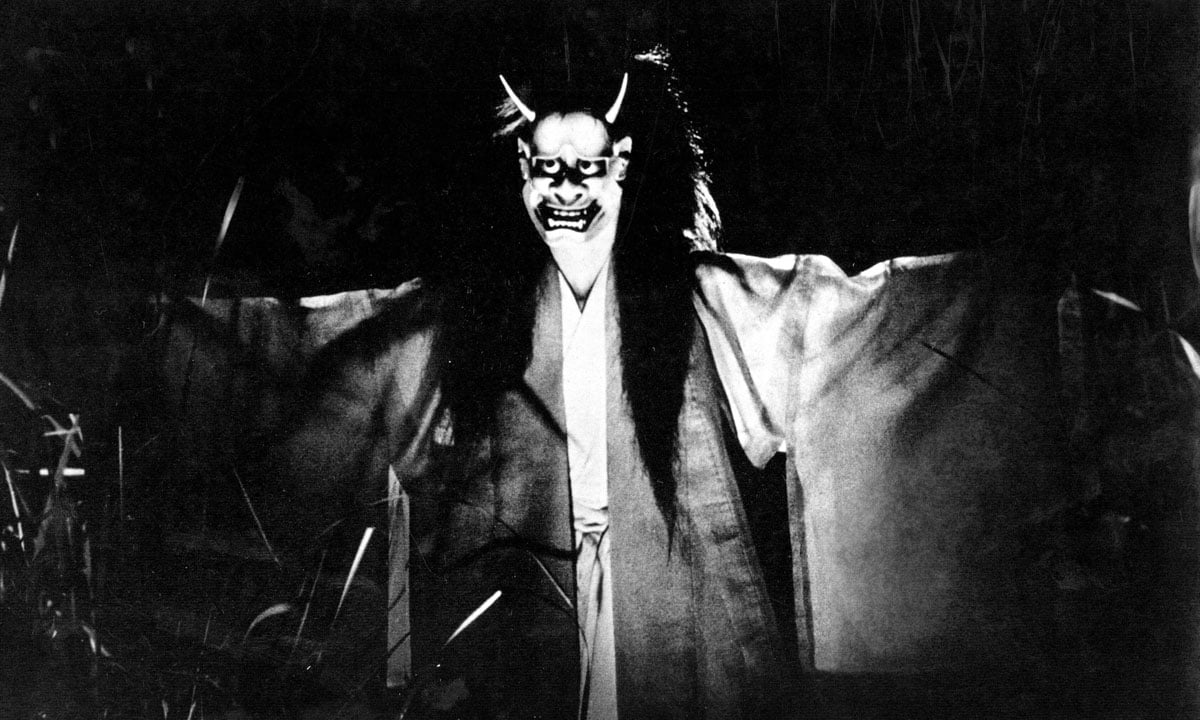 Long identified with either the epic samurai saga or intimate domestic drama, Japan has staked a more contemporary international claim on the horror genre. But these roots stretch back as far as any larger trend. Kaneto Shindô‘s Onibaba, for one, is something of a mid-century classic, a stylistically influential dramatization of a bygone Buddhist folktale wherein a mother and daughter-in-law sacrifice wandering swordsmen, stripping them of their possessions before depositing their corpses in a nearby pit. It’s the game of sexual cat and mouse that results from the appearance of a mysterious mask, however, that renders the film both feminist polemic and unnerving fable of moral comeuppance. Jordan Cronk 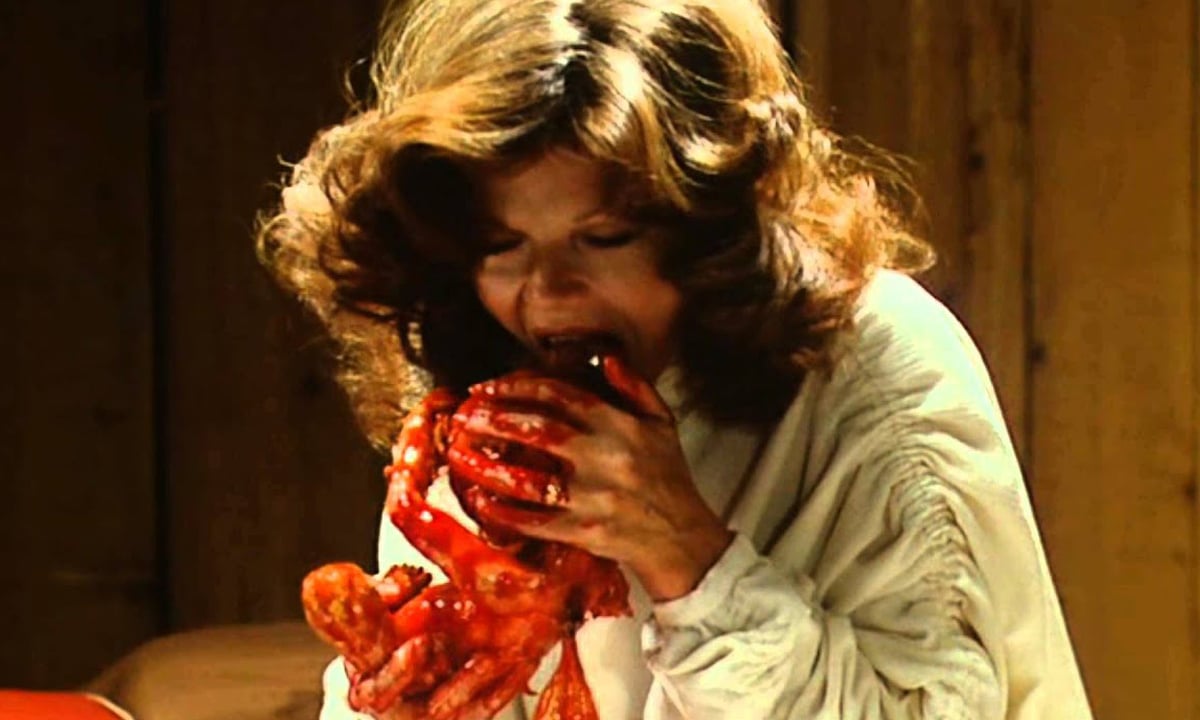 A film that externalizes all its subtexts like nervous welts in order to mock the burgeoning self-help and divorce crazes that had parents everywhere willfully unable to look beyond their own navels, David Cronenberg’s dark comedy The Brood is as perverse as it is incisive. The message that, no matter what parents try to do to internalize their own therapies and protect their loved ones from the messes they’re inside, there’s no possibility for a clean separation from the beds they make coincided with Cronenberg’s own divorce, which may account for the film’s transitional tone, alternately savage and chilly. Eric Henderson 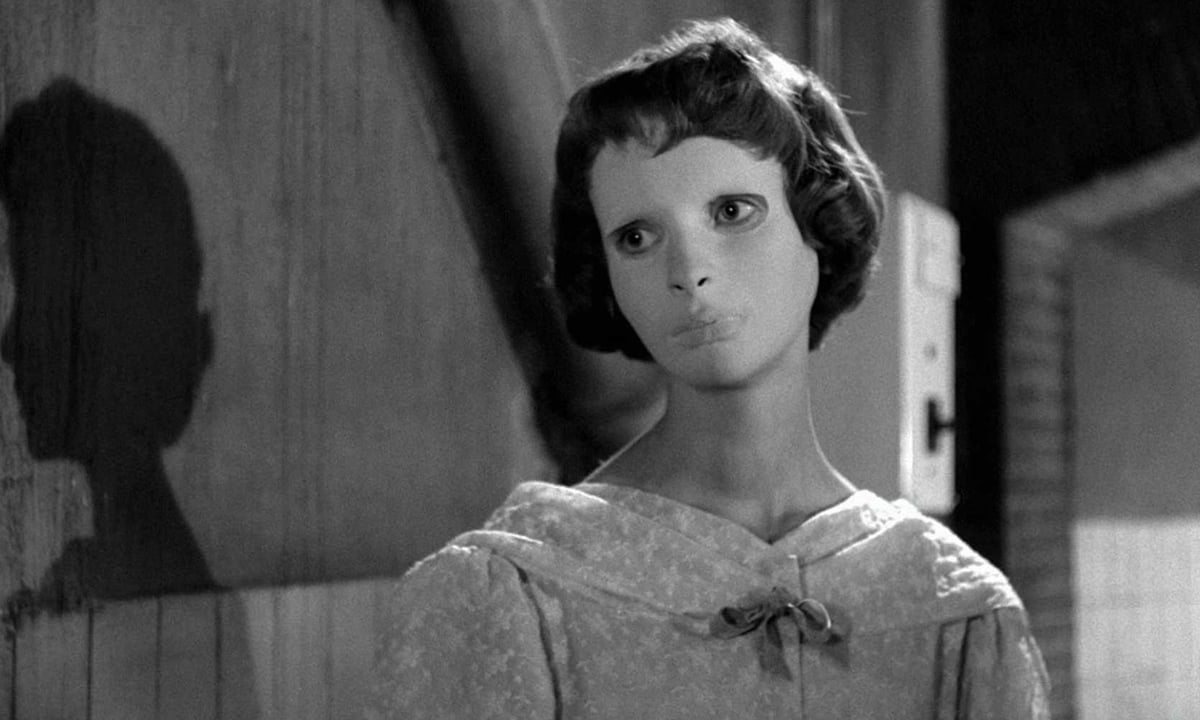 Robin Wood, that great analyzer of screen frissons, once noted that “terrible buildings” were the recurring theme in the films of Georges Franju, and perhaps none is more terrible than the mansion-clinic presided over by Prof. Genessier (Pierre Brasseur) in the French surrealist’s masterpiece Eyes Without a Face. As the surgeon operates on captive young women in hopes of restoring the face of his disfigured daughter Christiane (Edith Scob), an unforgettable portrait of subverted normalcy emerges—one where angelic doves and grisly hounds, obsessive love and appalling violence, the gruesome and the poetic, are all perpetually leaking into one another. Fernando F. Croce 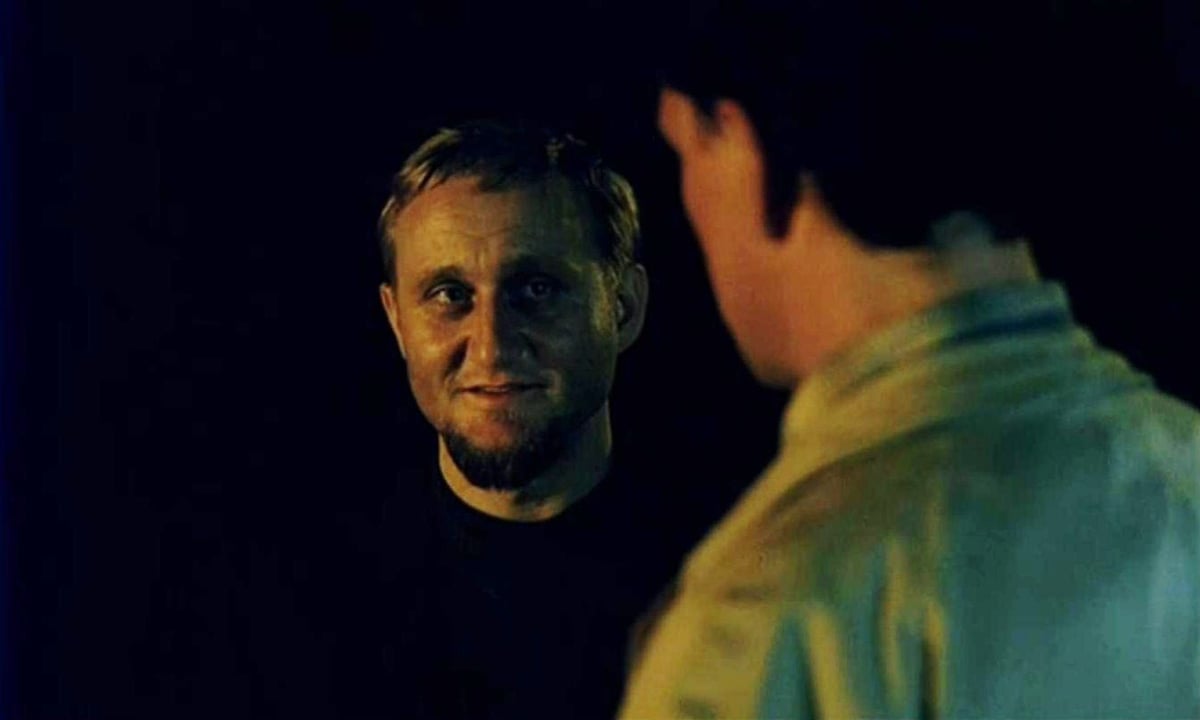 A disquieting expression of pragmatism as proof of godlessness. Director George Sluizer devises a mystery that very purposefully collapses in on itself, as the terror of The Vanishing resides in its ultimate revelation that there isn’t any mystery at all, a development that carries obviously existential notes of despair. There’s no guiding motivation behind the disappearance that drives the film, and no cathartic purging of guilt or triumph of good; there isn’t even really a triumph of evil. A few things randomly happen, then a few more things, then nothing. The end. That non-ending, though, is one of the greatest in all of cinema and the source of many a nightmare. Bowen