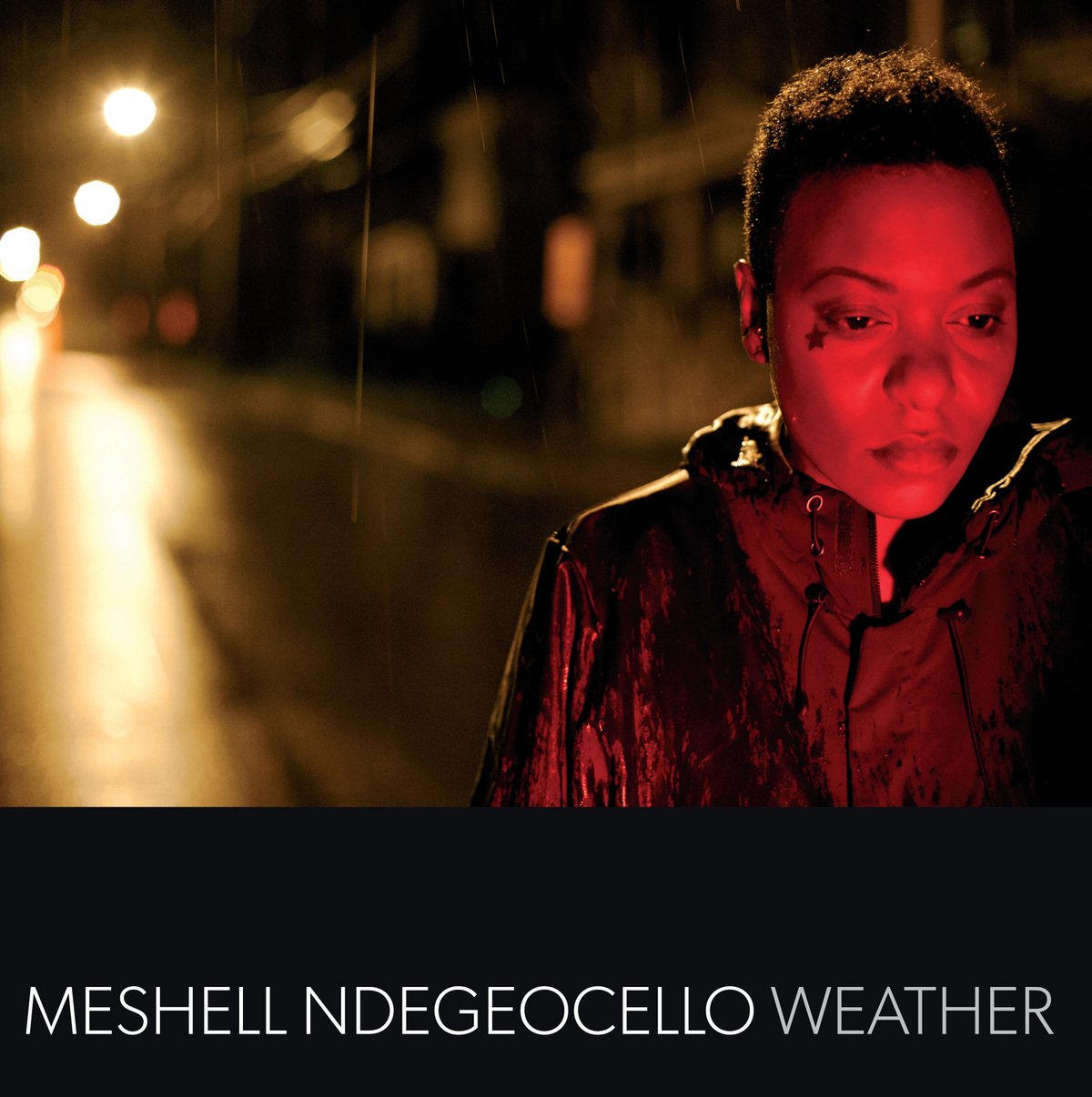 Meshell Ndegeocello has always had an idiosyncratic but deeply effective way with an image, but Weather highlights that particular gift in a way that her earlier efforts haven’t. The initial announcement that she’d chosen to collaborate with producer Joe Henry raised at least a little bit of concern for me, given that Henry has turned in some truly banal work for artists like Aimee Mann and Rodney Crowell, but his relatively light touch on Weather keeps the focus on some of the most intimate and detailed lyrics of Ndegeocello’s career. Considering the remarkable consistency and depth of her catalogue, it’s hard to say that the pairing with Henry has resulted in the best album of Ndegeocello’s career, but Weather is still a tremendously powerful effort.

There’s an impressive amount of texture in Henry’s production, from the impossibly deep bassline that runs almost imperceptibly behind the album’s title track to the prog-inspired, distorted electric guitars that crop up intermittently on “Feeling for the Wall.” Countless albums can be described as having “layered” arrangements, but Henry’s work on Weather boasts an exceptional degree of depth, particularly for an album that establishes its subdued, quiet aesthetic from its first few notes. Because of Henry’s spot-on matching of each song’s sonic palette to the tone of Ndegeocello’s introspective lyrics, Weather favorably recalls John Vanderslice’s Emerald City for its sophisticated, meticulous production.

Still, however strong Henry’s work may be, Weather remains a showcase for Ndegeocello. She berates herself for refusing to let go of a long-ended relationship on “Objects in Mirror Are Closer Than They Appear” more for a tendency to equate her obsession with simple nostalgia (“I was just one in a million/Who thinks the hey-day was their day/And tragically longing for the past”) than for her inability to move on. The slinky groove of “Petite Mort” subverts the connotations of its title, as Ndegeocello effortlessly lapses into her smooth upper register to implore her lover, “Let me die/Let me die a small death/As you tell me the truth/Who’s your daddy now?” It’s a song of startling complexity and raw, naked emotion, and the same can be said of most every song on Weather.

That Ndegeocello can drop a jaw-dropping cover of Leonard Cohen’s “Chelsea Hotel” into the middle of the album without it either seeming out of place or drawing undue attention to itself is yet another testament to the quality of her own writing. She uses the Pathetic Fallacy as inspiration for one long, protracted pickup line on the title track, crooning, “Let’s run away with the moon tonight/I know a place where we can hide/If the sun finds out, I’ll blame it on the weather.” The album’s centerpiece is “Oysters,” a gentle, mournful piano ballad that’s as gorgeous as anything Ndegeocello has ever recorded. The song couches the singer-songwriter’s fierce political bent in one of her most wistful, romantic lyrics: “Everybody talkin’ about changing the world/The world ain’t ever gonna change/But you can always change it for me.” Ndegeocello has always mined the balance between the personal and the political, but she’s never revealed such intimate, evocative detail as she does here. She’s always been an insightful and empathetic observer of the human condition, but Weather is such a heady album because of how unflinchingly Ndegeocello has turned her keen observational eyes toward herself.