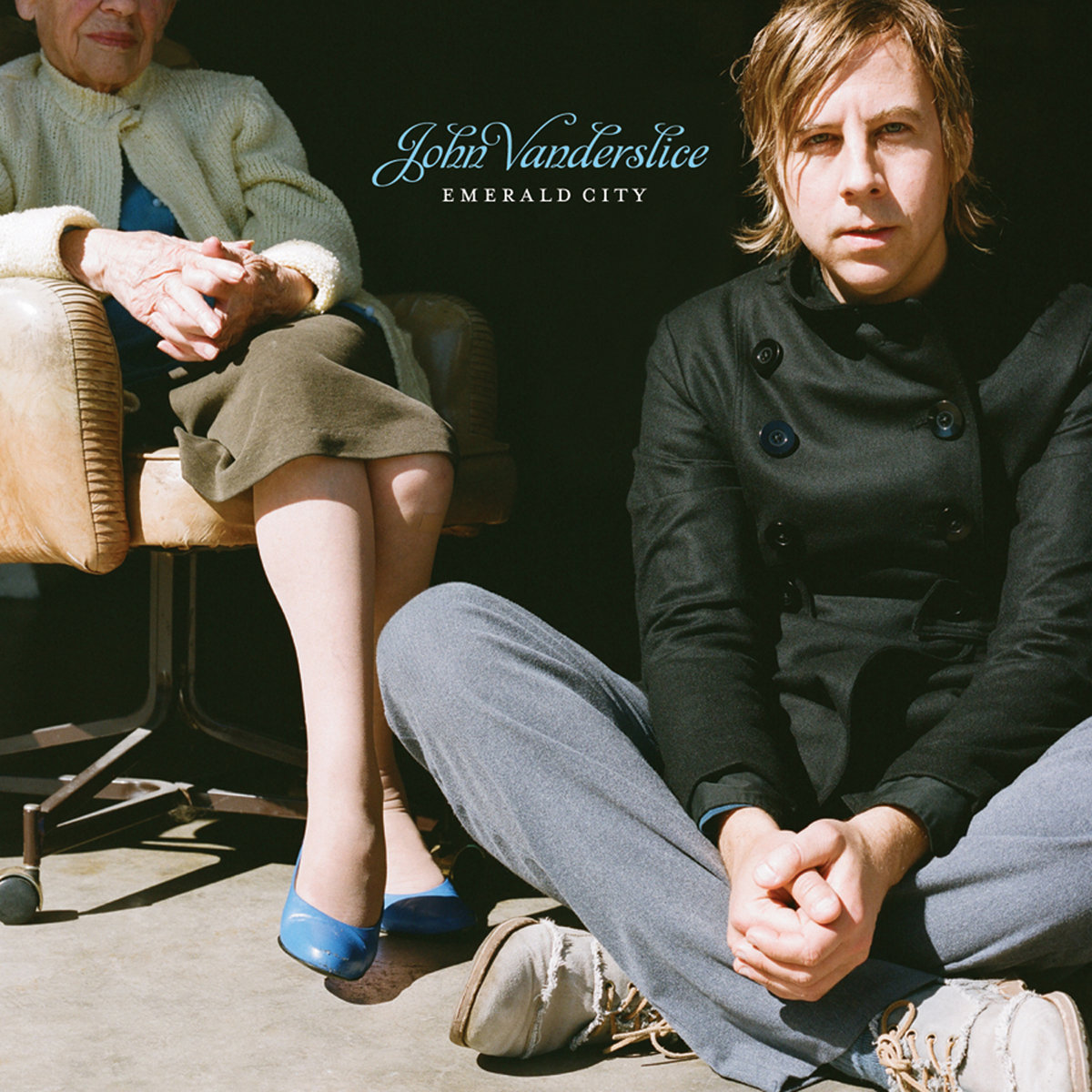 What makes John Vanderslice perhaps the most consistently compelling songwriter on the indie scene is the critical fecundity of his text. Over the course of his six albums, he’s shown a nearly peerless skill for subverting conventions of narrative voice, thereby allowing himself room to craft ambitious fictions that resist comparisons to many of even his most talented contemporaries’ variations on confessional singer-songwriter tropes. And because his songs typically trade in modern feelings of disconnection, it isn’t a matter of a steely denial of self that they make a strict autobiographical reading all but impossible. Instead, that’s structurally right for the material and only gives the active listener even greater interpretive leeway. It isn’t as simple as relating to an image or an expressed emotion in one of Vanderslice’s songs, it’s that those images and emotional experiences are a point-of-entry to engage narratives that are dense and provocative to an almost literary degree.

That works to Vanderslice’s advantage on his latest album, Emerald City, much as it did on its predecessor, 2005’s exceptional Pixel Revolt. If anything, the protagonists here are even twitchier and more paranoid, and they end up even more isolated from the world around them. The refrain of “Numbered Lithograph” is simply “I’ve never been lonelier,” repeated at the end of a succession of verses that pull the narrator progressively further into himself until the final verse breaks into the album’s sole use of the third-person voice. That segues into the album’s closing song, the lovely ballad “Central Booking,” which Emerald City’s press notes fascinatingly single out as being autobiographical. Given that Vanderslice wrote the album while mired in a still-unresolved dispute with U.S. immigration services over a rejected visa application for his French girlfriend, the imagery of the song (“Held up at Kennedy/Sent back to DeGaulle/Looks like September/Has won once again” is its melancholy closing line) certainly supports that read.

But the song works just as well in the context of the loose narrative arc of the entire album—which opens with the story of a man who destroys the Chrysler building in a terrorist attack (on the apocalyptic opener “Kookaburra”), then escapes from the police before fleeing the country and attempting to rebuild his identity and finding that he can’t escape the consequences of his past (he reads his Tarot on “The Tower” and is confronted by a picture of a burning skyscraper)—as its imagery also suggests that the narrator has gone into hiding and has chosen not to open a letter from a lost love (“I’ll never open it/I know how dead we are”). Again, it’s from this interplay between fiction and nonfiction that Vanderslice’s songs develop their real heft, and they do so without sacrificing any of their genuine emotional resonance. In particular, the album’s centerpiece, the nervy “White Dove” (which recalls the standout “Up Above The Sea” from Cellar Door in its unreserved contempt for a bird with peaceful symbolic value), is fraught with grief, and it illustrates how the current geopolitical clusterfuck can intrude on even the most innocuous of conversational questions, distancing people from their neighbors by making “the air around [them] change.”

There’s a palpable tension in each of Emerald City’s stories. While that’s largely due to Vanderslice’s writing, it’s worth mentioning that the album’s production plays a role as well. Even as his narrators become more neurotic and unreliable, he’s scaled back the intricacy of his sound palette. Working again with producer Scott Solter, he employs far less distortion and fewer odd effects here than on previous albums. Though he still recorded the album in his famed all-analog Tiny Telephone studio, his uneasy relationship with technology plays a significantly smaller role on Emerald City than it did on Pixel Revolt or The Life And Death Of The American Fourtracker, so that production choice fits the material well, further emphasizing the lyrics as the selling point here. Both on a song-for-song basis and as singular cohesive work, Emerald City demonstrates Vanderslice’s masterful control of craft at every structural level and his unrivaled ability to make the political personal.

Patrick Wolf’s Life on the D-List