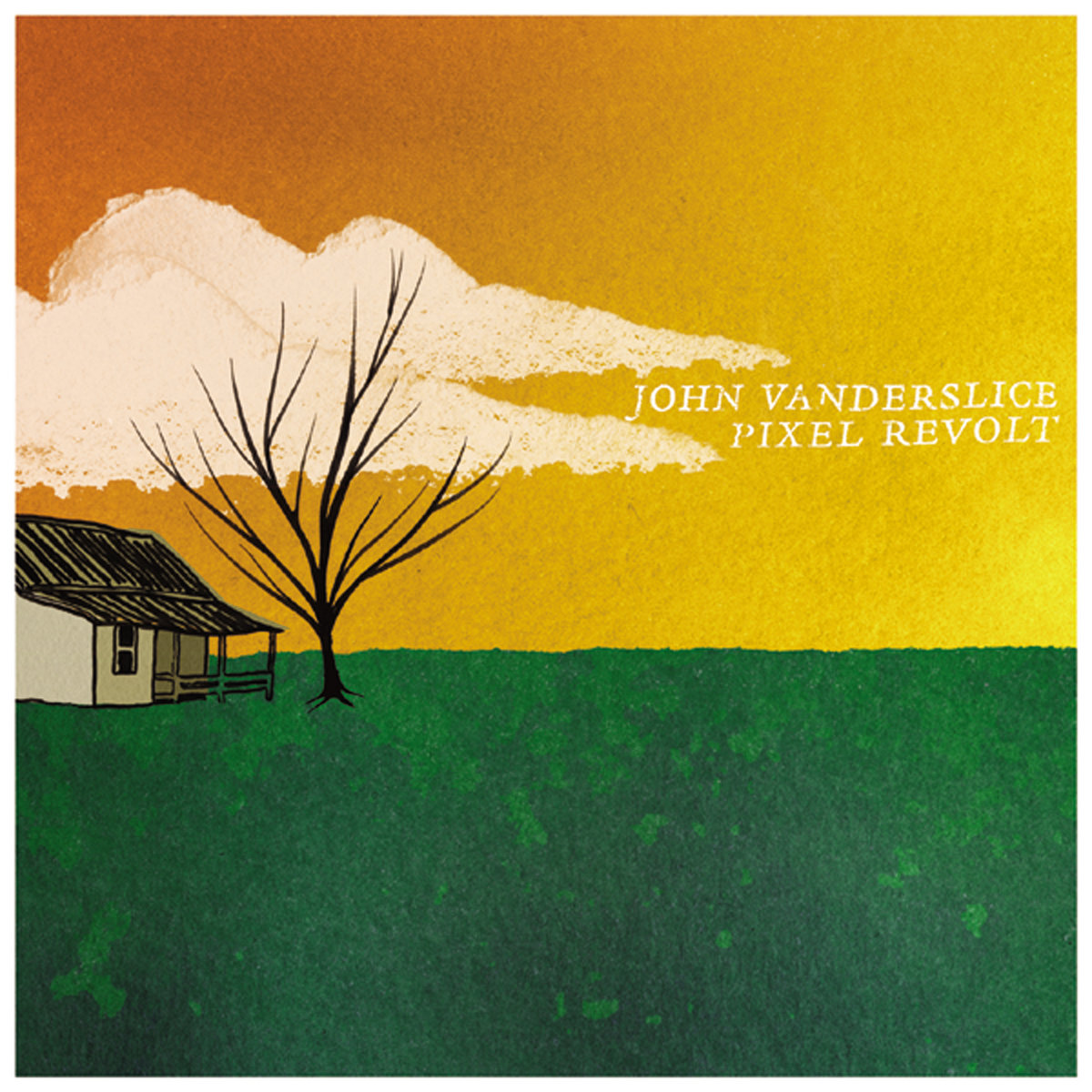 Meticulous in its craftsmanship and literary in its scope, Pixel Revolt, the fifth solo album from San Francisco-based John Vanderslice, is all the more miraculous an album because it lacks the suffocating pretense of so many deliberately meticulous, would-be literary indie-rock records. It fully merits high praise as both the best work of Vanderslice’s career and easily one of the best albums of what has been a refreshingly strong year for music. Enlisting John Darnielle of The Mountain Goats (who are, at best, an acquired taste and whose last two albums Vanderslice produced) as something of a “ghost writer” on several tracks—he’s credited as having “edited, expanded, and otherwise improved” the album’s lyrics—adds yet another wrinkle to Pixel Revolt’s endlessly fascinating interplay between Vanderslice’s autobiographical story-songs (the best of which, “dead slate pacific,” is a surprisingly spare, even intimate ballad) and the flawed, neurotic protagonists of his third-person narratives.

Pixel Revolt is an album of profound personal disquiet, set against a sociopolitical backdrop that is often openly hostile toward such efforts at introspection. It’s a work that absolutely rewards intense scrutiny, charged with probing political insights (there’s not been a better post-9/11 song written than “exodus damage,” wherein an anti-government militant finds himself faced with a most unanticipated existential crisis, and which likely merits 1,000-odd words of analysis all on its own), cockeyed cynicism of popular culture’s creeping influence (on “peacocks in the video rain,” a love letter to a pop singer from someone who has lost sight of the line separating “fan” from “stalker,” and also in the indictment of escapism that forms the refrain of “exodus damage”), and moments of disquieting black humor (the propulsive “continuation” is Donald Kaufman’s The 3 in song-form).

And it isn’t just the stories themselves that intrigue, it’s equally Vanderslice’s (and Darnielle’s) command of the language in telling them. The refrain of the lilting “trance manual,” in which a Western reporter makes a visit to an Iraqi prostitute, is, “Come to me now/You are warming weather/Come to me now/The kind that comes with sandbags along the river,” combining the repetition of a simple request with an image that is at once impossibly loaded and perfectly suited to its story. Vanderslice would likely make a phenomenal novelist. Which isn’t to imply that he should give up his day job, since Pixel Revolt makes it obvious why he’s a sought-after producer and that he’s improved dramatically as a singer. The 14 tracks here are so endlessly, immediately listenable that it actually isn’t hard to overlook their remarkable lyrics until the 10th play.

If not as adventurous or consistently driving as the best songs from 2004’s Cellar Door, Pixel Revolt nonetheless reaffirms that Vanderslice is unrivaled in his ability to layer seemingly dissonant musical elements—arrhythmic percussion loops, aggressive cello riffs (on “continuation,” courtesy of Eric Friedlander), and vibraphone chimes—into structures that are instantly recognizable as catchy and occasionally beautiful pop songs. That the album, like each of his previous efforts, was recorded in his own Tiny Telephone studio using entirely analog equipment makes it all the more impressive a technical accomplishment. The intense labor that went into ensuring that every quiet audio effect hits at precisely the right moment was certainly worthwhile, resulting in an album that offers a depth of sound that only seems to deepen on repeated listens. Structurally, it fits that the relationship between the music and lyrics on each song is often tenuous, each serving as a means to its own end and reaffirming the queasy interplay between each narrator’s self-reflection—and it’s to Vanderslice’s credit that his thoughtful deliveries give unique voice to those individual narrators—and the broader context in which that self-reflection takes place. The end result is an album that explores yet another critical interplay, the one between “pop” and “art,” as Pixel Revolt embodies the best that modern efforts at each has to offer.