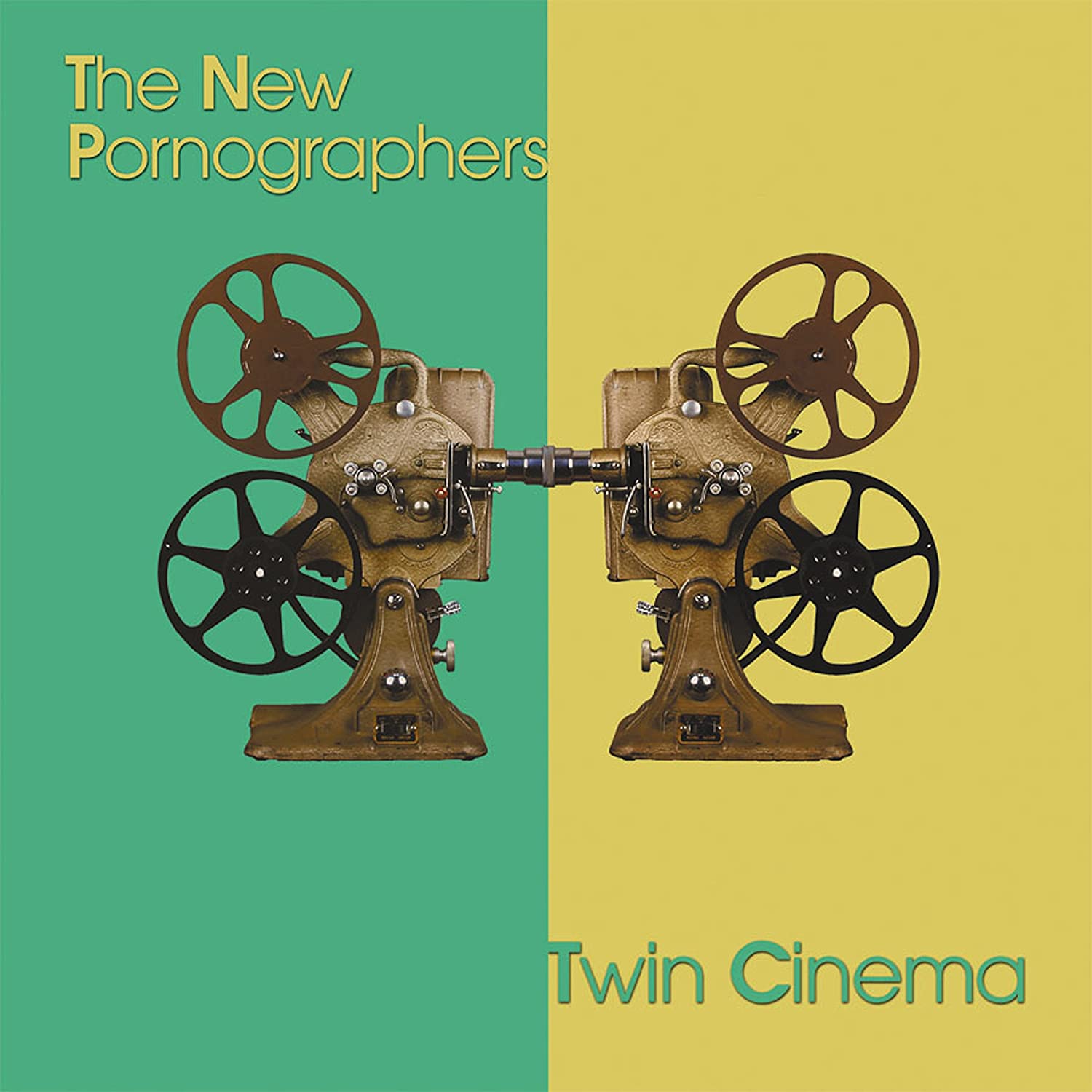 Considering that it combines the naked verve of their 2000 debut, Mass Romantic, with the propulsive sense of purpose of 2002’s Electric Version, the New Pornographers’s Twin Cinema should somehow manage to be even better than it ultimately is. That ringleader A.C. Newman’s songwriting and, in particular, his vocals have grown more confident in recent years, and that he’s enlisted the services of even more collaborators—Dan Bejar’s role as a songwriter and performing member of the band has expanded exponentially and Newman’s long-lost niece, Kathryn Calder, is a new, full-fledged member who shockingly holds her own against Neko Case—only makes the matter all the more complicated.

Twin Cinema is a very good album, one that both respects the power-pop formula that has built the New Pornographers’s success and experiments with that formula with the kind of reckless swagger a lesser act could never hope to match. The problem isn’t even that the New Pornographers have, rather inevitably, become a tight, functional band that sounds worlds removed from the lo-fi one-off outfit that recorded “Letter from an Occupant”; sure, the sloppiness was part of Mass Romantic’s charm, but it was the songcraft that made the album.

Listening to Twin Cinema’s songs in isolation, it’s hard to fault them. If not the endless series of hooks upon hooks upon-hooks that their previous two albums were, the powerchords are still huge (louder and more aggressive, even), the melodies still soar, and the vocal harmonies are peerlessly dense. There won’t be a single throwaway lyric all year that will outdo, “Two sips from the cup of human kindness and I’m shitfaced,” from “Use It,” nor will there be a bridge as glorious as the simple series of “oohs” on which Case and Newman harmonize in “The Bleeding Heart Show.” Even the album’s weaker moments—“These Are the Fables” is saved single-handedly from its middling alt-country trappings by Case’s not-of-this-earth vocal ability, and what closer “Stacked Crooked” lacks in coherence it makes up for in the sheer daring of its structure—surpass what most mainstream pop acts could muster on their best days, thanks to Newman’s uncanny grasp of how best to construct a three minute pop song.

And therein lies the problem with Twin Cinema, really. The individual songs run just a measure or two too long, and at 14 tracks there are simply too many soundalike songs on the album. Best (and nearly perfect) when taken two or three songs at a time, as an entire album, Twin Cinema overstays its welcome. It’s simply too much of a good thing. It might not be terrible if more pop records shared that problem, but, well, it’s a problem all the same, and Twin Cinema is the first (and hopefully last) time the New Pornographers have encountered it.

Review: The New Pornographers’s In the Morse Code of Brake Lights