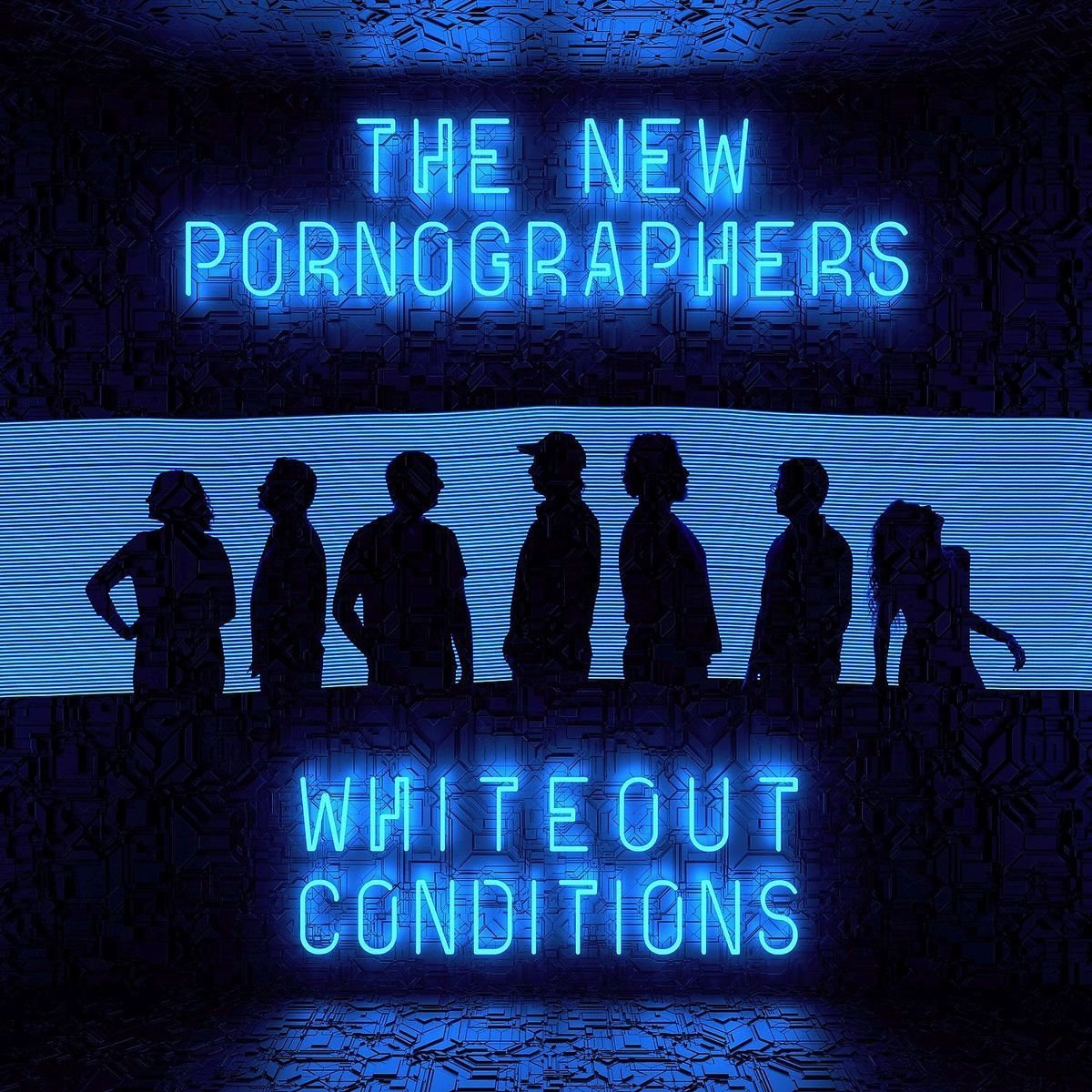 Carl Newman’s songwriting has always been immaculately constructed, and to the point of seeming mechanized. But on 2014’s Brill Bruisers and, now, Whiteout Conditions, the New Pornographers’s seventh album, it’s no longer just Newman’s compositions that sound like they were mathematically engineered by a highly intelligent computer program. The band’s whole sound has become increasingly artificial-sounding, dominated by whizz-bang electronic bells and whistles and robotic vocal effects.

While the band has always gussied up Newman’s hooks with all manner of ear-candy window dressing, Whiteout Conditions is the first New Pornos album where the arrangements are just as much of a focal point as the melodies. The title track’s DayGlo synths are as attention-grabbing as Newman’s evocatively anxious, propulsive verses, putting most of the recent 1980s-throwback fetishists to shame. The arpeggiator, which the band first discovered on Brill Bruisers, is back with a vengeance, lacing nearly every track with inhumanly fast keyboard and vocal patterns. It ensures that even the dreamy “We’ve Been Here Before,” the closest Whiteout Conditions comes to something laidback, proceeds at nothing short of a manic pace, creating a fascinating dichotomy between tempo and atmosphere.

If Whiteout Conditions doesn’t appear to overflow with traditional vocal hooks as readily as previous New Pornos albums, it’s somewhat by design, and it’s not just because of the swarming arrangements. Indeed, the album is more monochromatic than the band’s past efforts in terms of tempo and song structure. The absence of Dan Bejar, whose off-kilter chord changes and weird, reedy voice always served as effective counters to Newman’s bubblegum exuberance, certainly contributes to this. As Bejar continues to delve deeper into moody balladry with Destroyer, his style wouldn’t fit with the aesthetic Newman was aiming for—uniformly fast, skittery, synthy—on this album.

As a result, little interrupts the relentless momentum Newman builds and maintains throughout the album. He doubles down on his latest batch of hooks, pounding them out with maximum energy and repetition. His songs usually operate somewhat differently, with hook upon hook piled on top of one another. In fact, that’s exactly how Whiteout Conditions’s sublime opener, “Play Money,” is built, with Neko Case taking the main melody, Newman introducing a cooing bridge, and the two gradually intertwining before breaking into a euphoric coda. But most of the album’s other songs are less structurally complex, with tracks like “Clock Wise” epitomizing an alternate approach wherein single refrains are ridden for all they’re worth.

While this means that there’s less to discover here on multiple listens than on, for example, Twin Cinema, it would be a lot more detrimental if those refrains weren’t just so superb. From the burbling call-and-responses and crashing classic-rock chords of “Juke” to the unintelligible yet infectious hook line of the jaunty “This Is the World of the Theatre” (it’s “Cockel, reese and poutine break,” apparently), Newman displays his usual mastery of using quick scale jumps and targeted vocal cadences to fashion catchy melodies throughout. Simply the way Newman sneeringly pronounces the word “soothsayer” in “Coliseums” enhances the hook, and on songs like the charging lead single “High Ticket Attractions,” passing around lead vocal duties like a hot potato between himself, Case, and Kathryn Calder—and sensing the exact right moment to do it—has a similar effect. The New Pornographers may be sounding more and more like robots these days, but they remain uncommonly attuned to the preferences of the human ear.