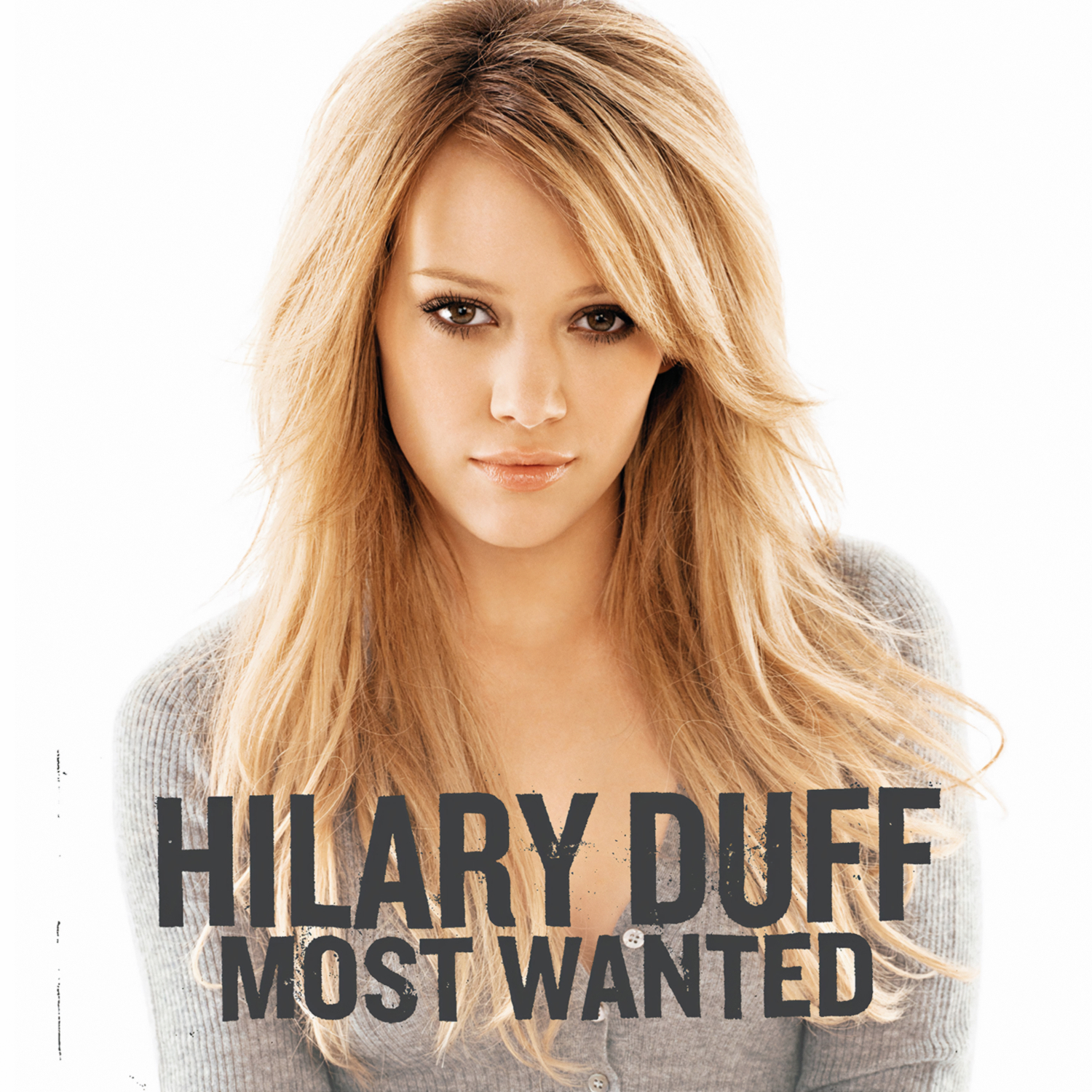 I’m constantly whining about artists who release greatest hits packages when they’ve only got a handful of “hits” to speak of and a catalog of albums you can count on one hand…one symbrachydactyly-afflicted hand, that is. So I literally laughed out loud when I heard the Duffster was releasing a best-of album titled Most Wanted. Sadly, none of the album’s 14 tracks were taken from Duff’s 2002 debut Santa Claus Lane, so most of the record is comprised of tracks from her two subsequent studio albums Metamorphosis (on which she wildly metamorphosed from yuletide singer to pop star) and its follow-up Hilary Duff. Duff’s two Hot 100 hits are present and accounted for (the Matrix-produced “So Yesterday,” which, in retrospect, is kind of cute, and the infectious “Come Clean,” which is remixed here by Thunderpuss’s Chris Cox) as well as last year’s faceless self-empowerment anthem “Fly,” but the remainder of Most Wanted is filled with the so-so (“Metamorphosis” and the Diane Warren-penned hidden track “I Am”), the bad (the catchy but lead-foot metaphor-laden “The Getaway” and a cover of “Our Lips Are Sealed” with sister Haylie) and the downright appalling (“Mr. James Dean”). Three new tracks round out Most Wanted, including the single “Wake Up,” which features a propulsive beat and the kind of insipid lyrics that make the thankless job of reviewing Hilary Duff albums at least mildly entertaining: “There’s people talking/They talk about me/They know my name/They think they know everything/But they don’t know anything/About me.” Distilling Duff’s sonic output down to one single disc isn’t such a bad idea, and I’m half-prepared to give Most Wanted an apologetic (albeit hesitant) endorsement, but apparently there aren’t even enough bearable moments in Duff’s recording career to fill one CD and, well, I’m just not that generous.

Review: What Goes Up