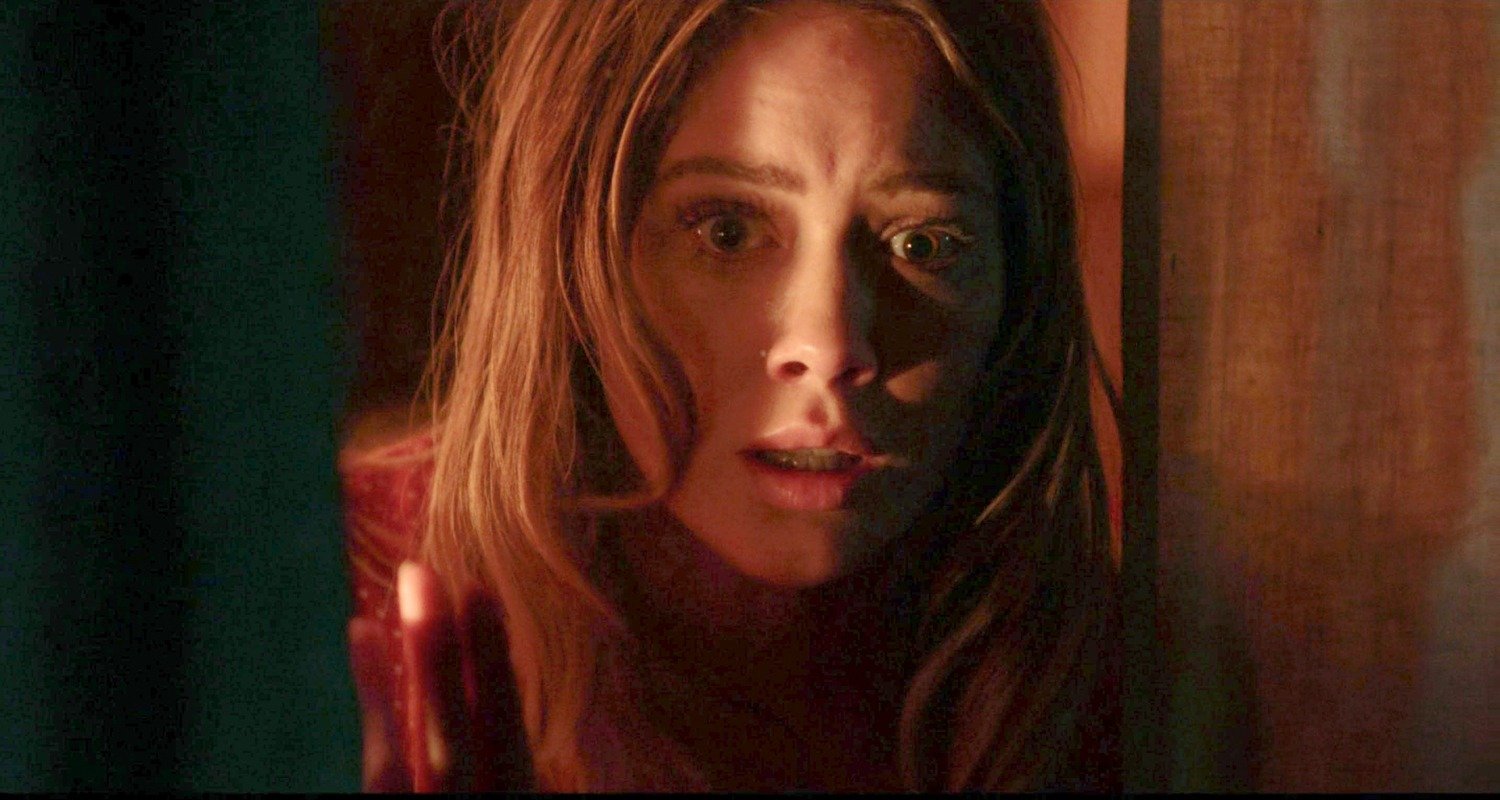 Daniel Farrands’s The Haunting of Sharon Tate begins with Sharon Tate (Hilary Duff) recalling to an off-screen interviewer a premonition she had of her own death. The moment, capped with vintage newsreel footage covering the Tate-LaBianca murders, is intriguing for the way it seeks to give Tate agency over her life through this preternatural awareness of her own death. But as soon as Tate’s friends join her at her house on that fateful August night in 1969, the film shows its true colors as a standard-issue home-invasion thriller, with Tate as the generically frightened heroine and the Manson family as her bogeymen.

The film is an occasion for Farrands to turn one of the most infamous mass murders of the 20th century into a horror show, and a distractingly shot and incoherent one at that. Farrands’s overwrought approach ensures that the film doesn’t even succeed as a genre exercise, as he seems incapable of getting through a horror-tinged sequence without running amok with his unnecessarily spastic handheld camera and hyper-quick cutting.

Early on, the film’s plethora of helicopter shots effectively convey Los Angeles as a place where good and evil appear to exist side by side, but after a while, all those various angels on the city’s skyline and the fog-drenched Hollywood Hills come to feel like a crutch. It certainly doesn’t help that the film’s art direction is almost indifferent to the milieu of the story, and that the stiflingly awkward dialogue sounds as if it’s been adapted from various Wikipedia pages about the Tate-LaBianca murders and the Manson family’s victims.

Tate continues to have nightmarish visions throughout the film, though they’re quickly understood to be only grist for an unmistakably cheap horror mill. We even get a cheeky nod to the early work of Roman Polanski, Tate’s husband at the time of her murder, when Tate sees an animal carcass in a refrigerator, à la Catherine Deneuve in Repulsion. Maybe Farrands thinks he’s sympathizing with Tate by how her premonitions of danger interfere with her sense of her immediate reality, and by how she pleads to her unbelieving friends to take her seriously, but in a film that features Charles Manson (Ben Mellish) and his disciples, there’s something gruesomely unsavory about presenting Sharon Tate as one of the crazy ones.

Review: Emilio Estevez’s The Public Has Its Heart, If Not Its Head, in the Right Place