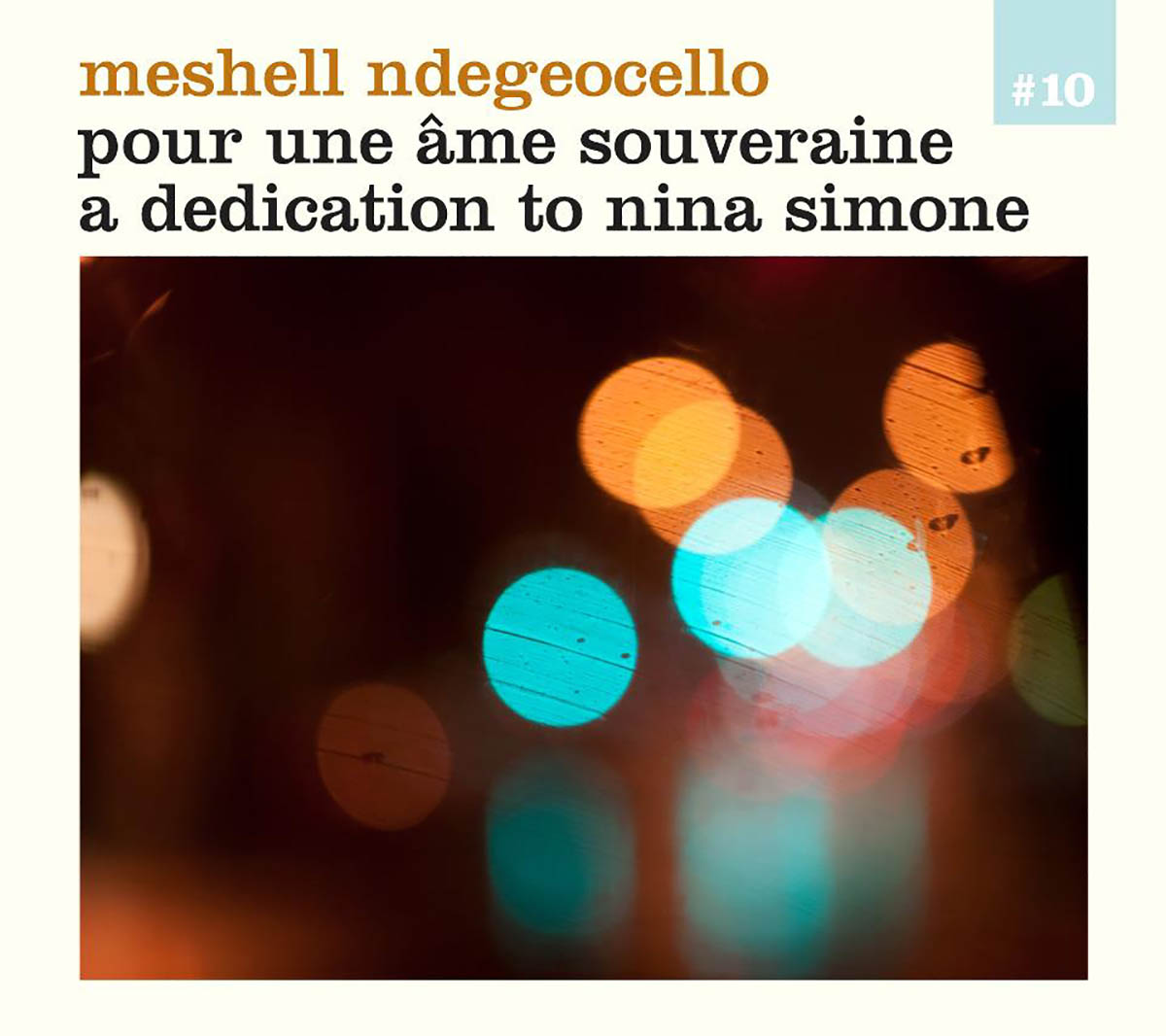 Considering how eclectic her output has been over the course of her career, it seems fitting that Meshell Ndegeocello would eventually croon the iconic chorus of “Please Don’t Let Me Be Misunderstood.” Ndegeocello’s soulful, blues-inflected rendition of the pop standard opens her tribute album to Nina Simone, Pour Une Âme Souveraine. Known for her refusal to adhere to genre conventions, her progressive approach to pop music, and her fierce political activism, Simone is a clear artistic forbearer for Ndegeocello, and Pour Une Âme Souveraine both honors Simone’s legacy while allowing Ndegeocello to build on her own.

Simone has one of the richest songbooks in popular music, and in selecting material for the album, Ndegeocello and her collaborators strike a balance between the most familiar standards Simone helped popularize and some more surprising choices that speak to Simone’s range as both a songwriter and interpreter. Among the songs that have been covered most, “Nobody’s Fault But Mine” is one of the set’s highlights, thanks to a gorgeous performance by Lizz Wright, who foregrounds the self-doubt behind the song’s central conflicts. Ndegeocello is joined by Toshi Reagon on a spirited reading of “House of the Rising Sun” that impresses for its rapid-fire improvisations and its subtle, effective nod to Simone’s gospel roots. Soul singer Cody Chesnutt, who’s kept a relatively low profile since his 2002 debut, The Headphone Masterpiece, takes the lead on “To Be Young, Gifted and Black,” turning in a powerful reading that casts the song as more of a gentle affirmation than a statement of protest.

In each of the songs, there’s an emphasis on discovering one’s voice through dedicated effort and purposeful struggles. Ndegeocello’s sultry rendition of “Feeling Good” is all about self-actualization (and possibly about self-gratification too), while the gradual crescendo in “Don’t Take All Night” finds Sinéad O’Connor’s singing the lead and building up the courage to demand the things she needs from her lover. “Be My Husband,” with singer Valerie June, is even more direct, starting with a nearly a cappella arrangement that turns into a sinewy blues-inspired stomp, giving a real sense of power to a song that plays like marching orders.

The album’s only real flaw is that some of the arrangements lack the same potency of what Ndegeocello and co-producer Chris Bruce have composed for “Be My Husband” and “House of the Rising Sun.” “Either Way I Lose” and “Black Is the Color of My True Love’s Hair” are both lovely enough, but they’re perhaps too reserved and languid, while the instrumental codas on “Feeling Good” and “See Line Woman” overstay their welcome, causing those tracks to drag on longer than they should. Still, that’s a relatively minor quibble when considering how uniformly thoughtful the album’s performances are and, moreover, how Pour Une Âme Souveraine’s focus on independence and self-discovery honors the attributes that have made Simone such an enduring icon.