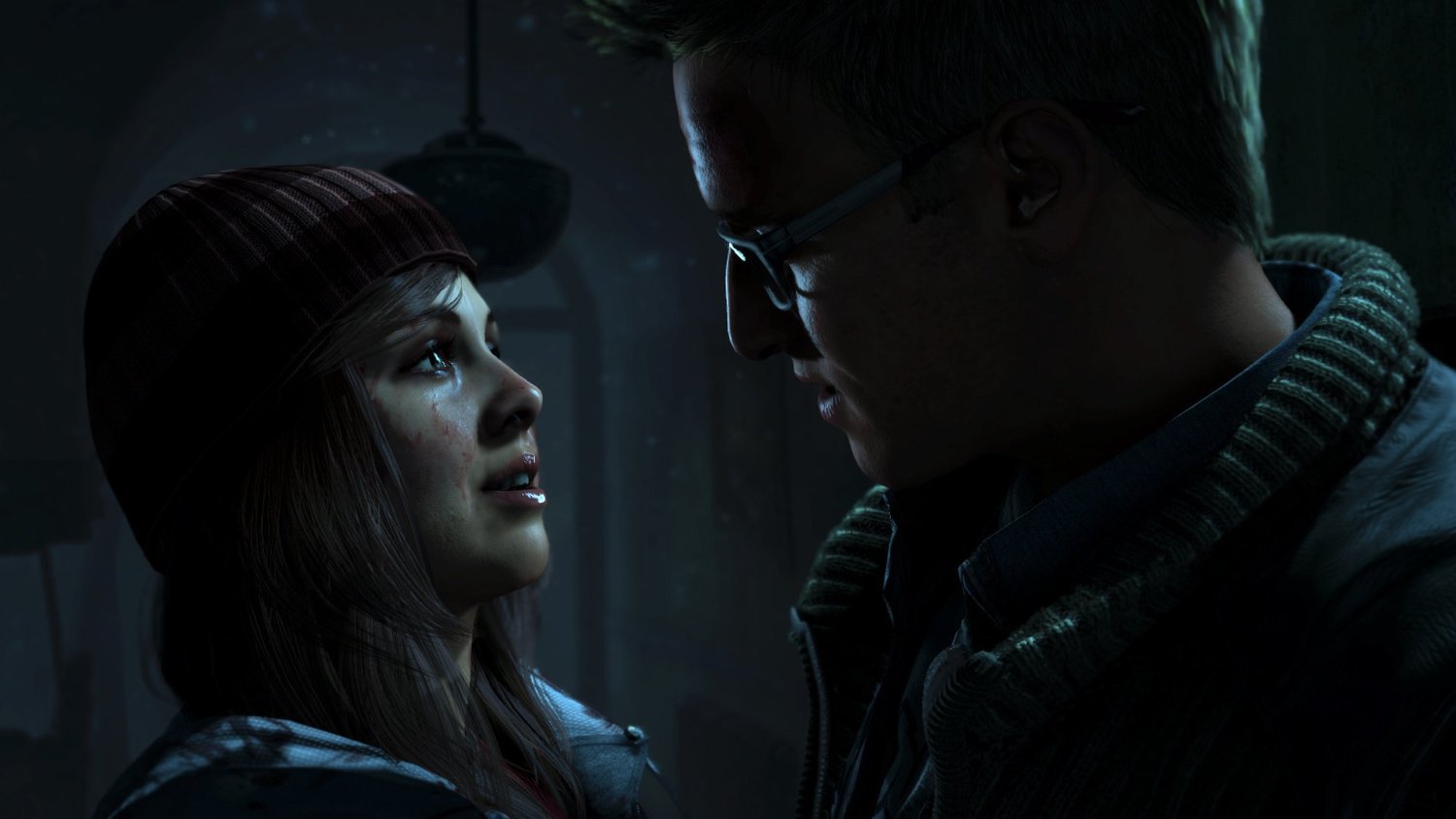 Horror movies are often exercises in frustration, with the audience stuck futilely screaming their advice at a screen. That’s not the case with Until Dawn, a horror movie that’s been carefully bred into video-game form. Here, the fourth wall is almost immediately shattered, as the psychologist Dr. Hill (voiced by Peter Stormare) directly addresses the player, drawing from their fears to build the “game” and, more importantly, to both give them agency in what they’re watching and implicate them in what’s about to happen to these eight friends in this abandoned ski lodge. Make no mistake: These characters all begin as horror-movie stereotypes, and as such prone to bad decision-making, but players can potentially save (or kill) them all. At the very least, this collection of quick-time events and choices (the major, the mundane, and the moral) is a worthy rival to Quantic Dream’s Heavy Rain and Beyond: Two Souls. At best, it creates a new genre: the horror party game.

Until Dawn can be enjoyed alone, and, once an ending is reached, players can attempt to change the outcome by resuming their progress from the start of any episode. Moreover, the so-called “butterfly effect” helps to ensure that players don’t get too complacent or inoculated to the hard-earned tension and thrills of the game. But certain features seem designed for multiple players. For instance, optional “global stats” show the percentage breakdowns for each decision, so that even if there’s nobody else in the room to egg them on, players can either go with the flow or be a rebel. Additionally, the brilliantly titled “Cheap Shots” feature uses the PlayStation Camera to record the players during the jump scares—proving definitively who flinched.

Likewise, because Until Dawn automatically saves after each decision and lacks a “game over” screen, there’s no break in the narrative during a session—nothing to bore any friends who might be passively watching. Because players are only given the illusion of control (unlike Clock Tower or Amnesia, for instance, characters can only freely explore when not being chased), it’s often closer to a film than a game, so friends are welcome. It’s worth noting, too, that this trade-off works in the favor of the horror genre, as forced camera angles, trick lighting, sound cues, and other chilling effects are most effective when a player can’t mess with a director’s perspective.

Having other people around also helps to alleviate the intentional campiness of the script, which often feels torn between several different homages. The Evil Dead is definitely in there, but so are such tonally different films as The Shining, Psycho, and The Descent. Moreover, passing the control around helps to ground out the constant jumps between surviving characters. Personally, I made every character act in an identically heroic fashion, but there’s a status screen filled with traits that seems to suggest their optimal approach, and a series of collectible totems that provide cryptic bits of foreshadowing to help clever players make healthier decisions.

In any case, much credit is owed to the motion-captured cast (which includes current TV stars Hayden Panettiere, Brett Dalton, and Rami Malek); they find both subtle and significant shifts to their acting depending on the player’s choices. Jessica (Meaghan Martin) may begin as an overconfident bimbo and the GPA-bragging Emily (Nichole Bloom) may feud with her over the man they’ve both dated (“Could you not hear me over your sluttiness?”), but the longer either survives, the more rounded they become as actual human beings. Chris (Noah Fleiss) may end up dead, but if not, it’s because he turned into more than comic relief—or perhaps it’s because of the way players chose to define his relationship with Ashley (Galadriel Stineman).

At its best, the game lives up to its title, in that players will be glued to it all night, until dawn, exhilaratingly racing to one of the many potential endings. That said, despite the sometimes major shifts that can occur between playthroughs, it’s unlikely that players will keep coming back to it night after night, at least outside of a party setting, or as a cult obsession. Until Dawn’s core scenario mostly remains the same (there’s very much a “right” way to go through it), and even the brilliant “Don’t Move” mechanic, in which players must keep their DualShock controller perfectly still, can’t keep the gameplay from rapidly losing its shock value, especially when repeating entire sections. (Zero Escape: Virtue’s Last Reward featured a “fast-forward” function for its overlapping scenario, and Tactics Ogre: Let Us Cling Together allowed players to jump directly to unexplored branches.) But the slightly questionable replay value shouldn’t discourage gamers, especially horror fans. There’s a taut 10 hours of terror to be found in Until Dawn, with far more for the curious or sadistic. Saw once invited audiences to play a game, and this is the chance they’ve been waiting for.