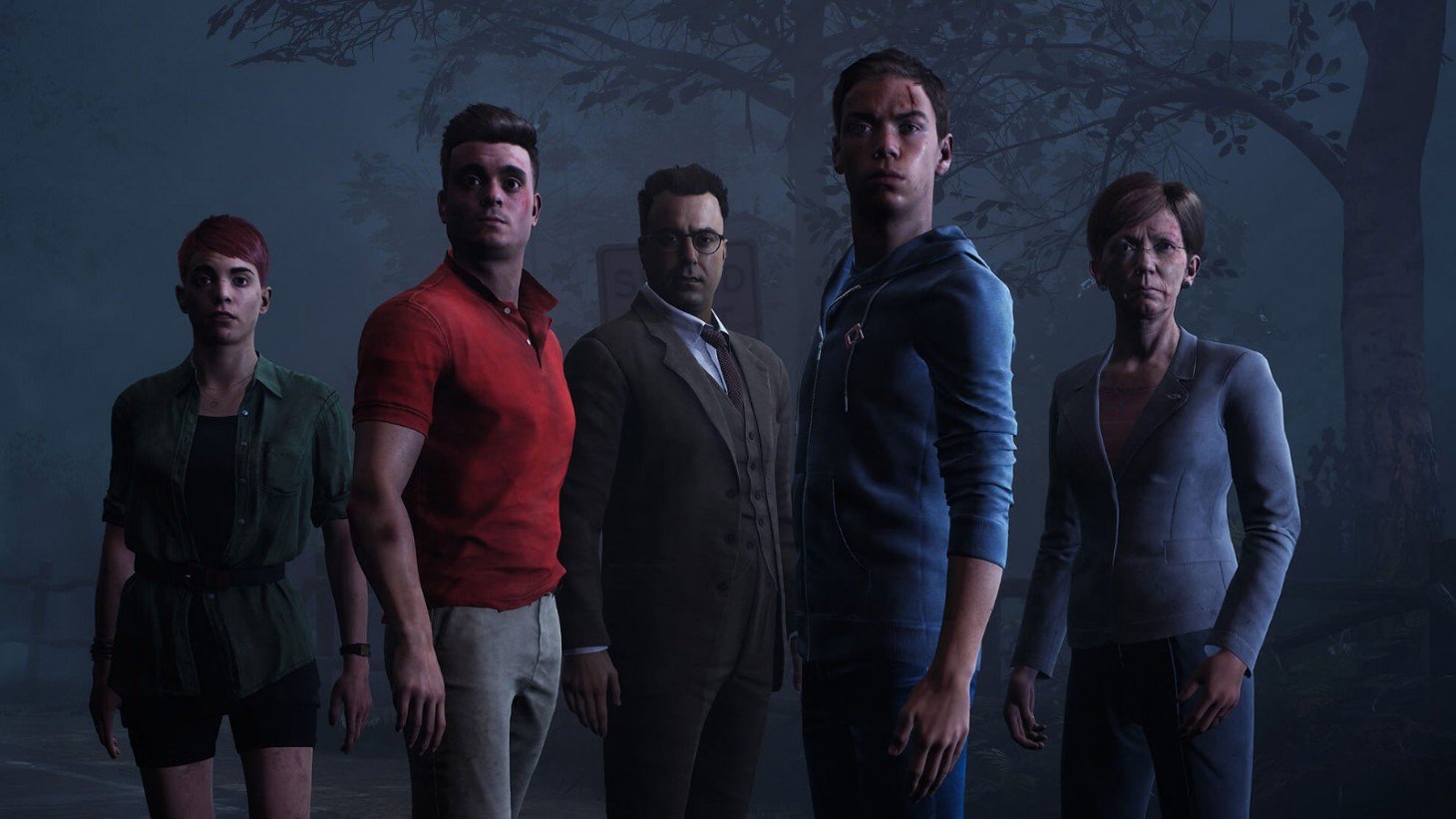 Right out of the gate in Little Hope, the second game in The Dark Pictures Anthology, the so-called Curator (Pip Torrens), a Rod Serling-like master of ceremonies, makes promises that this modest thriller can’t keep. This will be a “confusing” and “disturbing” tale, he promises, one filled with “infinite” possibilities. What follows is a decent enough thrill ride with some especially well-conceived monsters, but it’s little more than a gamified ghost tour of the fictitious Salem-adjacent abandoned town of Little Hope.

A stubborn professor, John (Alex Ivanovici), attempts to shepherd his four students to a working phone after their bus crashes along the road to Little Hope. Each student is a distinct type: cynical and guarded Taylor (Caitlyn Sponheimer); her jock-y, earnest boyfriend, Daniel (Kyle Bailey); the older Angela (Ellen Davis), who’s quick to disdain; and Andrew (Will Poulter), who’s a bit of a frightened cypher on account of the head injury he sustained that’s given him temporary amnesia, though the other four all recognize him as their classmate.

If you’re playing alone, Little Hope chooses which character you control, supplying responses from the others that fit whatever character traits you’ve leaned toward in prior scenes. And if you’re playing with a co-op partner online, you’ll each concurrently take control of a character, meaning that you might see completely different scenes. The latter option is the better, faster mode that best emulates a horror movie—or, at least, it is if you’ve got some way to hastily talk things through with your partner, sharing your nuggets of the plot with theirs.

Little Hope’s quintet of bus crash survivors don’t have any real freedom, emphasized here by a disorienting fog that only lets them proceed in one direction. The mostly binary choose-your-own adventure selections you make might change the dialogue and personalities of these characters, but they don’t seem to impact where you go or what you experience there. Dario Poloni’s script neatly evokes parallels between a witch trial in 1692 and a tragic house fire in 1972, but by doing so it proves itself to be too tightly tethered to them, with a clear and correct way to “save” everyone in the present day from similar fates.

Little Hope is more ambitious than Man of Medan, thanks in no small part to its more expansive setting. It helps, too, that you aren’t just stumbling through nightmares, as the monsters here are thematically associated with the main characters. Periodically, your survivors snap back in time to 1692, long enough to see their doubles being accused of witchcraft. Joseph was once weighed down by stones cast by his fellow Puritans, and James, the drunk patriarch of the 1972 prologue, was crushed by a collapsing roof. And modern-day John finds himself pursued by a shambling, half-flattened grotesquerie, just as his students are chased through the town’s abandoned factory, sewers, woods, and church by the mangled corpses of their past selves. Such specific details and parallels go a long way toward elevating by-the-books scares that are at times undermined by some odd design choices. For instance, though these characters are reflexively aware that what they’re experiencing is “exactly what happens in horror movies,” they all move at the same plodding pace, regardless of their age. In fact, Little Hope only shows them running during quick-time-event-filled cutscenes.

The game’s aesthetic enhances the horror, with your crew’s flashlights rarely being much of a match for the overwhelming fog and darkness, and the monsters reflecting the full ugliness of witchcraft murder techniques like drowning, burning, and pressing. But the gameplay blunts the effectiveness of that aesthetic, because there’s no real danger to exploring the environments here. There might be the occasional jump scare upon opening a window or door, but nothing’s actively chasing you as it would in something like Resident Evil. It’s the weirdest sort of plot armor to be found in a horror game, in that your characters are completely safe in Little Hope so long as you control them, and at risk only when a cut scene takes over.

Indie Roundup: Carto, I Am Dead, and Noita

Review: In Watch Dogs: Legion, Revolution Is the Stuff of Brand Aspirations