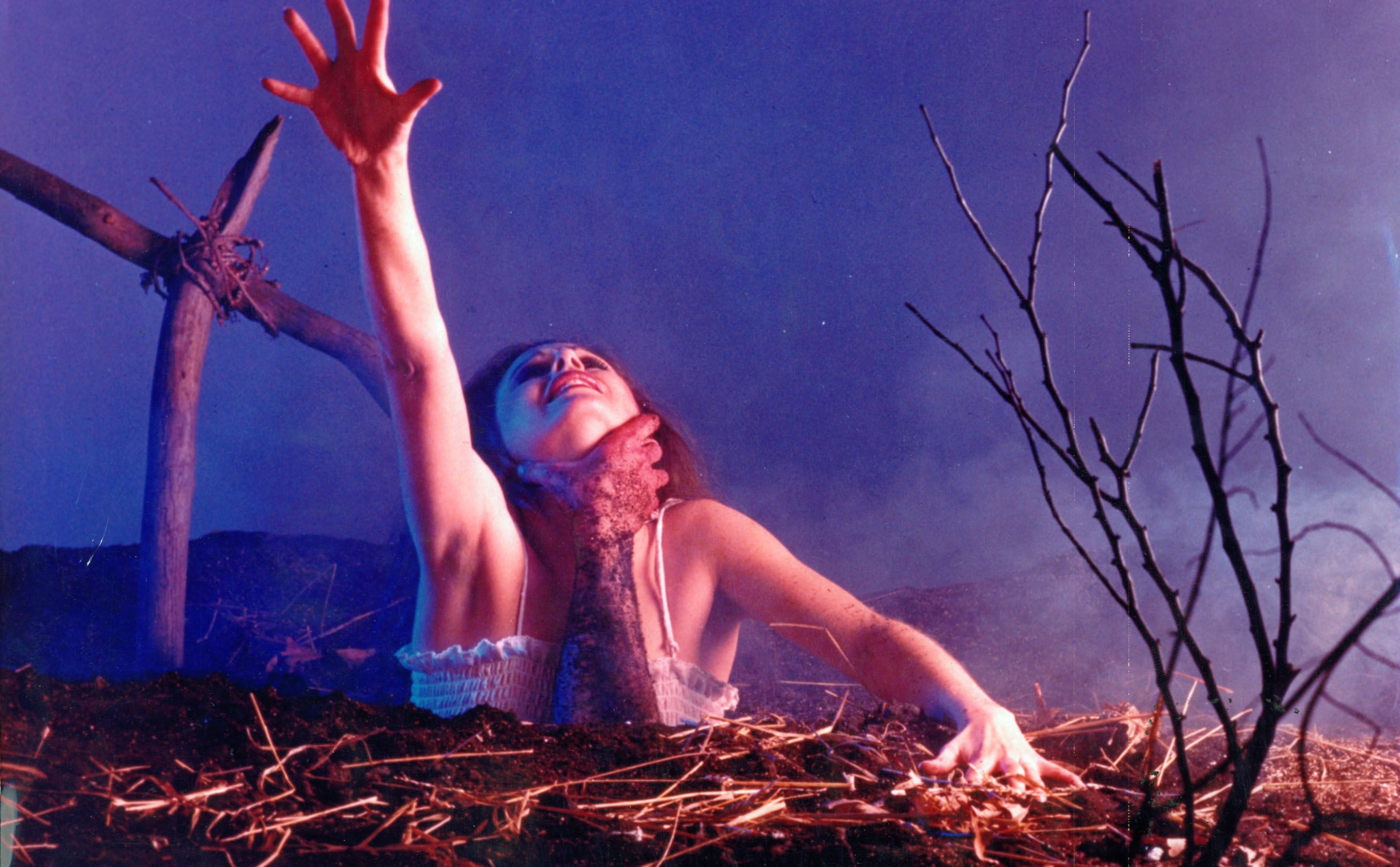 Twenty years after its original theatrical release, Sam Raimi’s The Evil Dead still feels like the punchiest horror flick this side of a Dario Argento giallo. Made on a shoe-string budget, The Evil Dead is difficult to assess for what initially seems like nothing more than B-movie schlock. Ash (Bruce Campbell) and his friends take a weekend trip to the woods only to stumble across the mysterious Book of the Dead. Spells are unleashed, friends go zombie and Ash is forced to test the limits of his squeamishness. Raimi’s script is riotously deadpan, his compositions undeniably breathtaking and inventive. The director relentlessly fashions the film’s first half as a creepy-crawly sweat chamber with evil seemingly taking the form of an omniscient, roaming camera. Raimi takes so much joy in poking fun at his five protagonists you might wonder why Kevin Williamson even bothered Screaming. Artist Cheryl (Ellen Sandweiss) is literally raped just outside the film’s infamous cabin, busy twigs and branches suggesting horny woods at play. Despite the signs (the difficult-to-start vehicle, the fallen bridge), no one else believes the woods are alive. Ash and his girlfriend Linda (Betsy Baker) share an intimate, peek-a-boo moment through which Ash gives Linda a necklace. When he is later forced to kill her, Raimi takes great joy in referencing this coquettish exchange of affection. Ash is horrordom’s most memorable wuss, victim to both a hissing group of crazed friends and to Raimi’s lightweight yet burdensome mise-en-scène. Now infamous for its over-the-top gore and cheesy effects sequences, The Evil Dead is most impressive for Raimi’s unnerving wide angle work and his uncanny, almost unreal ability to suggest the presence of intangible evil via distant headlights, bleeding light sockets and, in the film’s most awesome set piece, a simple game of cards. Raimi actively teases his protagonist for not being a man. Ash may return for the sequel, but The Evil Dead’s finale suggests that he was never really up to the challenge.