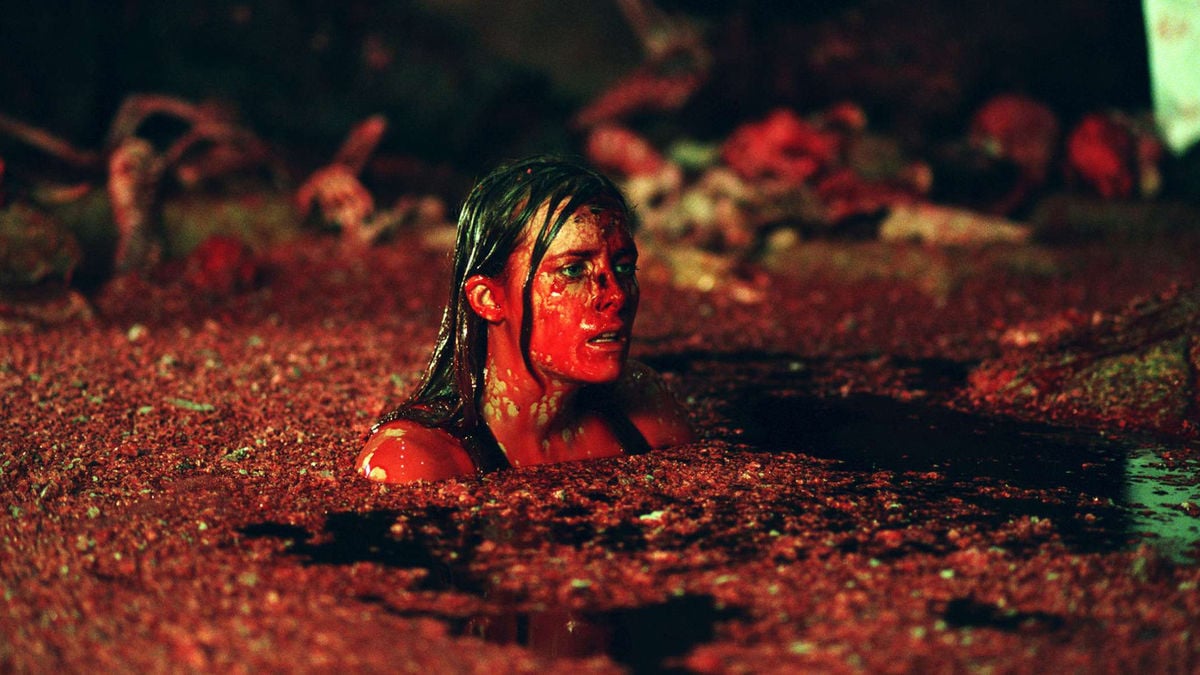 Liongsgate’s plan to hose down Britain’s arid, post-Hammer horrorscape begins this summer with the release of writer-director Neil Marshall’s The Descent, a creepfest that may see more feminist deconstruction than the original Alien—contemplation that the film’s unthinkingly slick surface invites but doesn’t merit. Marshall distills the entire day before a cave expedition in the Appalachian Mountains down to a dumb montage of muscle-stretching scenes and faux soundtrack-enhanced boos, condescending to his audience by lingering for more than two seconds on a book being stuffed into a car’s glove compartment, meaning this moment will probably come to haunt his characters later on.

What follows is a Camille Paglia field day. Juno (Natalie Mendoza)—a perhaps intentional reference to the anti-Trojan antagonist from Virgil’s The Aeneid—leads Sarah (Shauna Macdonald) and her four other friends into an uncharted, labyrinthine cave where horror erupts in all sorts of animalistic and psychological permutations. One of the women gets stuck in an especially tight passageway, at which point another greases her defenses with talk of orgasms. Giggles ensue, rocks fall, gaps in the ground are traversed, blood is spotted on the wall, possibly period (pre-Halocene or fresh menstrual?), and the freak show commences.

The darkness inside the cave system makes sense, but it’s reductive, as Marshall fails to create compelling women who are distinguishable from one another, an anonymity of personality impacted by the low-light situation. (After a while you expect to see that old Scooby Doo gag where one-too-many sets of eyes light up the frame before a candle or flare reveals a boogeyman in the midst.) These women primarily exist as sheep being led to slaughter—an admittedly chilling and gooey slaughter that Sarah and Juno resist fiercely with their wits but one that’s needlessly interrupted by Marshall’s lame bid for emotional gravitas.

Sarah and Juno struggle with survivor’s guilt, but how the former’s anxiety manifests itself externally and against Juno begs for more suspension of disbelief than the nightmare that’s chiefly responsible for crippling their lot. Guys will likely take to this hopeless film, but they could service humanity better by staying home and excavating their girlfriends’ G spots.