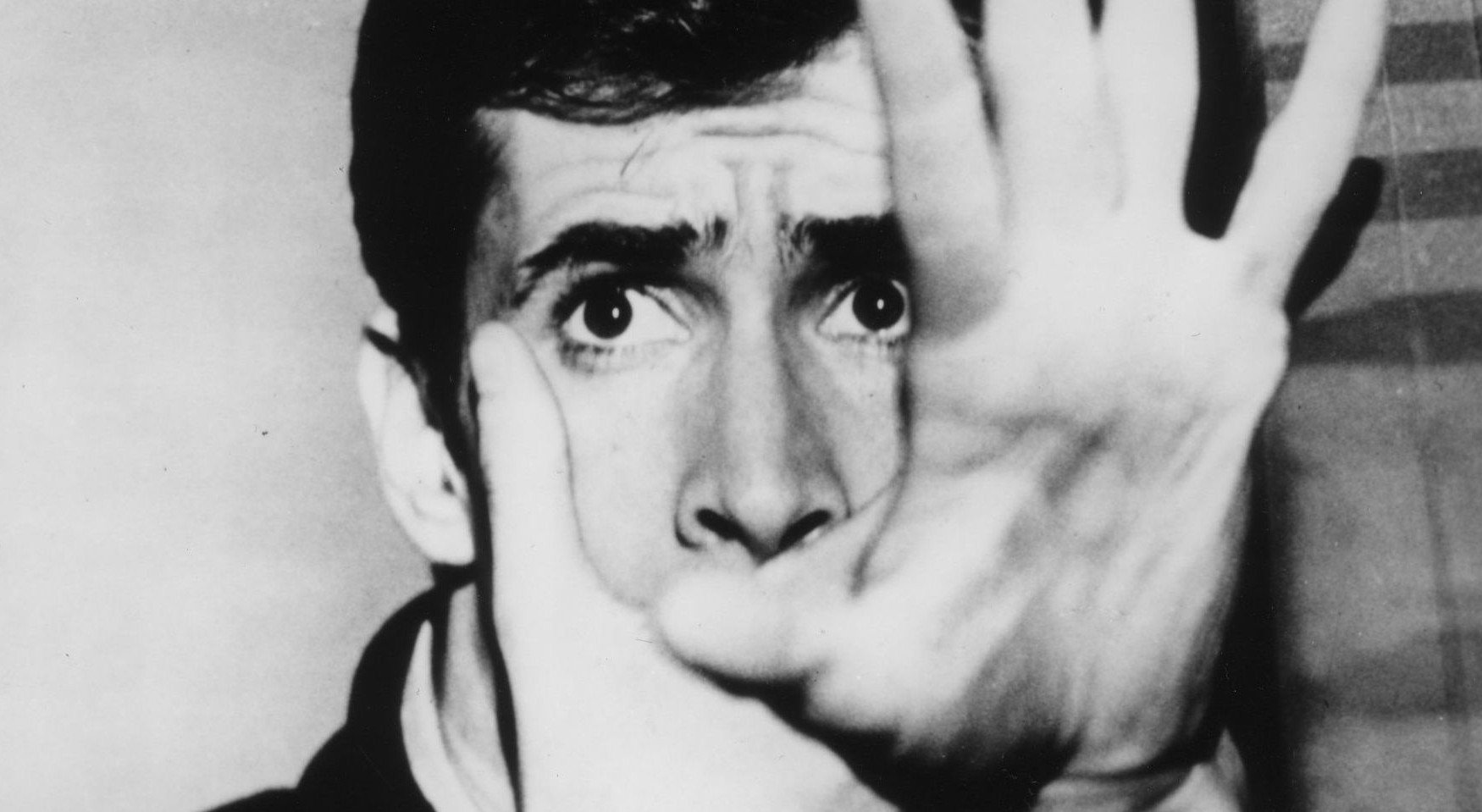 After 50 years, is there anything new to see or hear in Alfred Hitchcock’s Psycho? A landmark in film history as well as a monument of cinephilia, it has evolved from the cause célèbre that shocked its initial audiences with a murder that upended expectations laid out by its narrative’s first 45 minutes to a creation whose details—its quick production utilizing Hitchcock’s TV show crew, the storyboarding of the shower scene by “visual consultant” Saul Bass, composer Bernard Herrmann settling on strings-only “black-and-white” orchestrations so his brilliantly effective score could match the gothic monochrome of the visuals—have been recounted to the point of mythologizing the movie’s birth. Both credited and blamed for the ensuing five decades of slasher and torture-porn thrillers whose clinical mayhem make Psycho’s look quaint, the saga of solitary motel manager Norman Bates, perfectly embodied by the boyish and sympathetic Anthony Perkins, and his domineering, hidden-from-sight mother, would have long ago lost its capacity to be reconsidered and re-watched if its fascination depended solely on its carefully doled-out jolts of terror (three or four, by most counts). Beneath Hitchcock’s conjuring of fear and dread via calculated exploitation of the spectator’s assumptions, the themes and vision of this seeming funhouse exercise in what the director termed “pure cinema” are bleak, tragic, and in keeping with the great critic Robin Wood’s appreciation of Psycho as “one of the key works of our age.”

The film’s first half-hour, through which the audience is thoroughly enmeshed in the point of view of Phoenix real estate office staffer Marion Crane (Janet Leigh) and her flight from the city after absconding with $40,000, establishes the motifs of voyeurism and imprisonment that continue at the Bates Motel and beyond. Marion and her lover, Sam (John Gavin), are discovered, with a series of dissolves inexorably closing in on a hotel window, in the wake of a furtive lunchtime lay, and the dominant mood is desperate, not erotic; he’s paying alimony and the debts of a dead father, she longs for marriage and “respectability” as their affair seems at a dead end. Upon Marion’s return to work, a leering millionaire client waves his roll of 40 grand at her in the midst of a horny boast about unhappiness: “I buy it off. Are you unhappy?” Once she hits the road with the cowboy’s bankroll, Marion is trailed by a highway cop whose sunglasses peer at her with pitiless judgment; when she trades in her vehicle with suspicious speed at a used-car lot, the episode ends with cop, salesman, and mechanic all staring after her in a tableau of joint accusation. Leigh, frequently in silent close-up (save for Herrmann’s anxious violins) as she determinedly motors on, is both vulnerable and steely. Her nerves, resolve, and mischievous smile when she imagines the discovery of her crime all linger after she’s departed.

Given Hitchcock’s much-quoted cheeky remark that “actors should be treated like cattle,” it’s perhaps fitting that the underappreciated fulcrum of Psycho—which lays the groundwork for transferring the audience’s empathy from Marion to Norman—is the beautifully played and paced scene in the parlor behind the motel’s office, where the Boy Scout-polite young hermit treats his newly arrived guest to a sandwich, and they slowly discuss their demons; obliquely in her case, forthrightly and with spasms of disturbing distemper in his. As David Thomson wrote in his recent book on the film, Perkins plays this tightrope-precarious role with “a startling balance of camp and pathos.” Hitchcock accepted and encouraged the actor’s input in bits of business like Norman’s munching on candy corn (one of the movie’s plentiful bird references), and he and screenwriter Joseph Stefano give Perkins most of the sly laughs, as when Norman, amateur taxidermist and peeping Tom, bristles that the dampness of bedsheets has “a creepy smell.” In the supper scene, Norman’s lines about the universality of “private traps” and the futility of struggling against them (“We claw, but only at the air, only at each other”) are as close as Stefano comes to telegraphing a message, but Perkins’s guileless delivery sells the moment. The imminent, brutal turn of the plot in Cabin One’s bathroom is the film’s most celebrated fillip, but this quiet, subtly ominous dialogue between Leigh and Perkins enriches the film’s texture and raises its emotional stakes.

Once Marion’s plans to return to Phoenix and make amends are ironically snuffed out, Psycho becomes Norman’s story with his fastidious, workmanlike cleanup of Mother Bates’s horrific deed. Perkins remains riveting as he mops, stows the body and evidence in a car trunk, and feverishly nibbles at his fingers at the edge of a swamp—another tour de force of editing and allusion, as Hitchcock plants retrospectively unmistakeable clues as to what’s really up in that Edward Hopperesque house on the hill. Perkins only has one more compelling scene with another actor (his evasive cat-and-mouse interrogation by Martin Balsam’s private detective), but Norman grows darker in spirit and apprehensive of new guests as Sam and Marion’s questing sister Lila (Vera Miles, impressively severe) collaborate to locate the vanished thief.

Some complain of a letdown in Psycho’s second half, but the audience’s knowledge that Lila, Sam, the detective, and the local sheriff are all wet in tying Marion’s disappearance to the stolen money amplifies the scenario’s fatalism; the truth eludes them because they can’t conceive of a motivation beyond cash, certainly not of the baroque psychosis in residence at the isolated motel. Intercut with Lila’s climactic exploration of the Bates house, a subjective-camera Freudian uncovering of a harrowing mother-son history, Sam conducts his own boneheaded questioning of Norman based on possession of the loot. Gavin’s superficial resemblance to Perkins works in favor of seeing the two characters as twinned figures, and his macho stiffness renders Norman as the more instinctively appealing one. (In the frequently derided penultimate scene, when Sam asks the all-knowing psychiatrist “Why was he…dressed like that?,” the practical necessity of supplying a prosaic explanation for Norman’s madness is perhaps best understood by thinking of a typical 1960 moviegoer as John Gavin.)

Coming off a plush, comedic entertainment Cadillac like North By Northwest, Hitchcock subverted his profile as a classy purveyor of suspense with Psycho, which, in laying bare sexual and scandalous grottiness kept more delicately vague in pop culture to that point, alienated a significant number of mainstream critics. (As the film and its closely related follow-up, The Birds, were big hits, it’s likely Hitch didn’t mind.) As its notoriety wore off with the heightening of graphic violence in mainstream cinema, the film lent itself to close scholarly reading, with the multitudinous cuts accompanying Marion Crane’s demise irresistible to students of montage; a book of frame enlargements published in the mid ‘70s even made shot-by-shot analysis of Psycho feasible before it appeared on tape or disc. Felt in the full impact of a theatrical screening (with the pleasure of seeing patrons reflexively kick or stiffen at the sight of Miles startled by her mirrored reflection), its power is not just that of a showman’s calibrated scare machine, but of a somber fugue on the trapped 20th-century creatures who inhabit its world, clawing but never budging an inch.