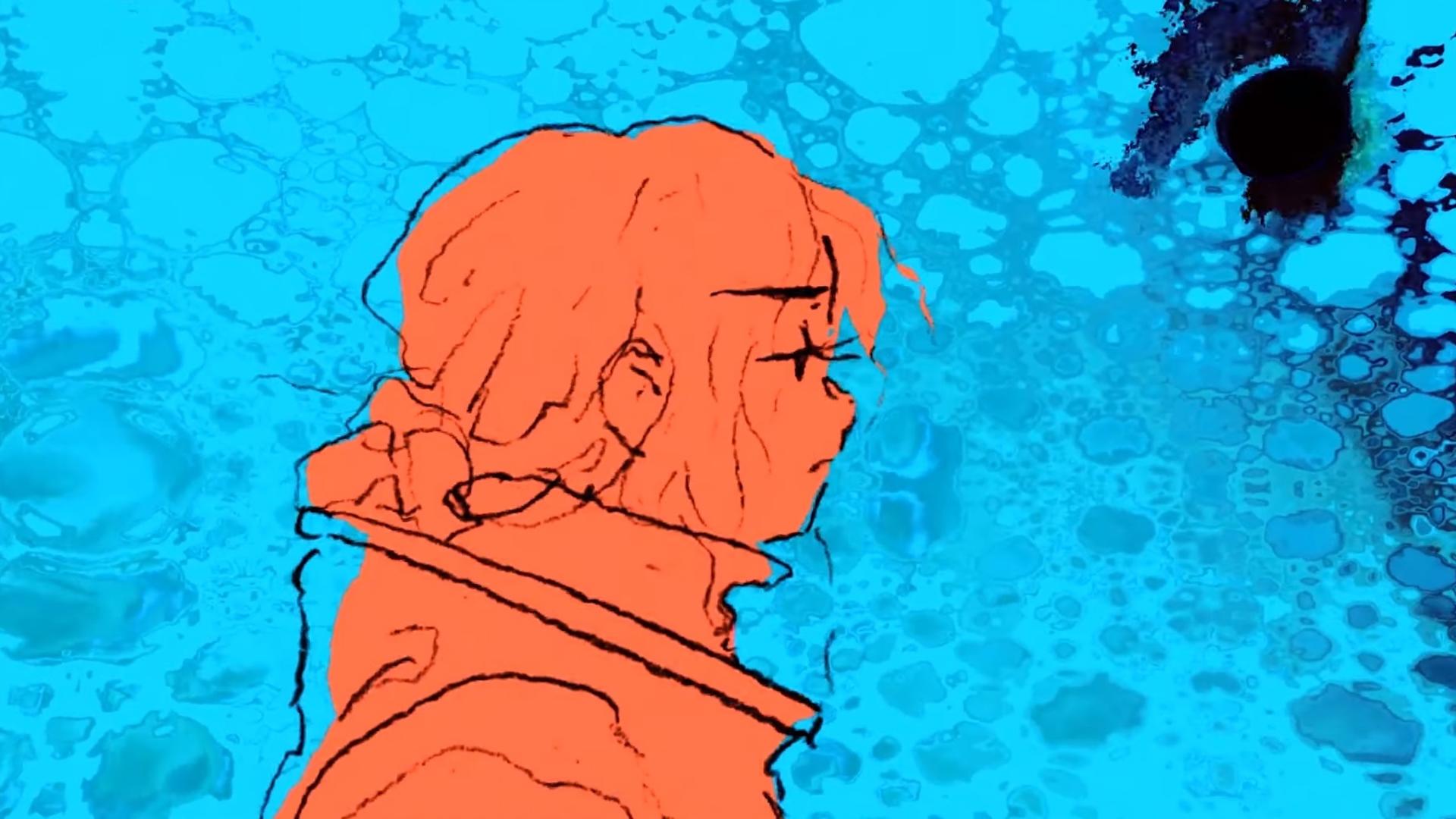 DREAMFEEL’s interactive novel If Found… is mostly told through the early-1990s diary entries of a young Irish woman, Kasio, who returns home to Achill Island in Ireland’s west coast from college in Dublin. Scrawled with her memories and feelings, the diary’s pages tend to be unassuming and use color sparingly, with just a few shades dominating the sketches of people and environments. At times those images will be scribbled out or written over, which is when the player breaks out the eraser.

The eraser is the game’s dominant mechanic, and what you do with it doesn’t stop after you’ve gotten rid of the scribbles obscuring a face or a big word like “NEVER” over a smaller text snippet to reveal what’s underneath. Before you can move on, you need to do a second pass and then perhaps a third or fourth, until the page is blank save for a few smudges and faded lines. Sometimes there are further drawings underneath. Playing the game feels like wiping away what you’ve drawn on a foggy mirror, and then wiping away your own reflection too.

Your perspective changes depending on what page you’re viewing: Some automatically scroll from one zoomed-in section of a page to another, some let you freely drag the camera between different images, and some require you to erase the entire screen at once. The particulars of the erasing process hardly change, and in this, If Found… reveals its brilliance by constantly and subtly recontextualizing that action, reconfiguring the emotions behind it. Kasio’s family doesn’t accept her as a trans woman, so it feels appropriate to get rid of painful moments like her brother’s spoken contempt for who she is, or a strained dinner table conversation with her mother, who’s never malicious but noticeably reluctant to understand her.

Other moments, though, you might hesitate to erase, because not all of them are painful. The pages of Kasio’s diary can grow elaborate and expressive, conveying her joy during a band’s performance while she gets lost in the sound and the crowd. Through sound design, texture, and some wistful, earnest music, the pages represent things like night air, falling rain, and snow. Kasio comes to live among friends for a while, and you feel the infectious warmth of their chemistry together through her loving descriptions of their habits. But once you get started, you’re not able to pick and choose. Everything must go.

To play If Found… is to reconcile the inherently conflicting emotions that push someone toward erasure. You recognize the action’s catharsis through the smooth, meditative atmosphere that suggests its therapeutic potential, but you also grapple with its potential destructiveness, as you may accidentally erase the edges of some other part of the page you haven’t seen yet. To be freed of the negativity, you also have to go through the happier times represented beneath the scribbles and scratches, face the things that you don’t want to lose. Like Jim Carrey’s character in Michel Gondry’s Eternal Sunshine of the Spotless Mind, you recognize the weight of certain moments only as they’ve begun to melt away.

The framing device for purging Kasio’s diary isn’t totally clear until the very end of the game, leaving you to ruminate on the action itself rather than the context. The connections can feel tenuous at times, with the recurring image of a black hole and space flight seeming at odds with the grounded, interpersonal storytelling. But If Found… never relies on a last-act twist, instead finding its power through the empathy and truth with which it traces the divergent trajectories of so many relationships. And if the sci-fi elements don’t totally land, the strength of its characters and the specificity of its Irish setting most certainly do.

This game was reviewed using a press key provided by fortyseven communications.

Review: Wildfire Is a Stealth Game of Thrilling Unpredictability