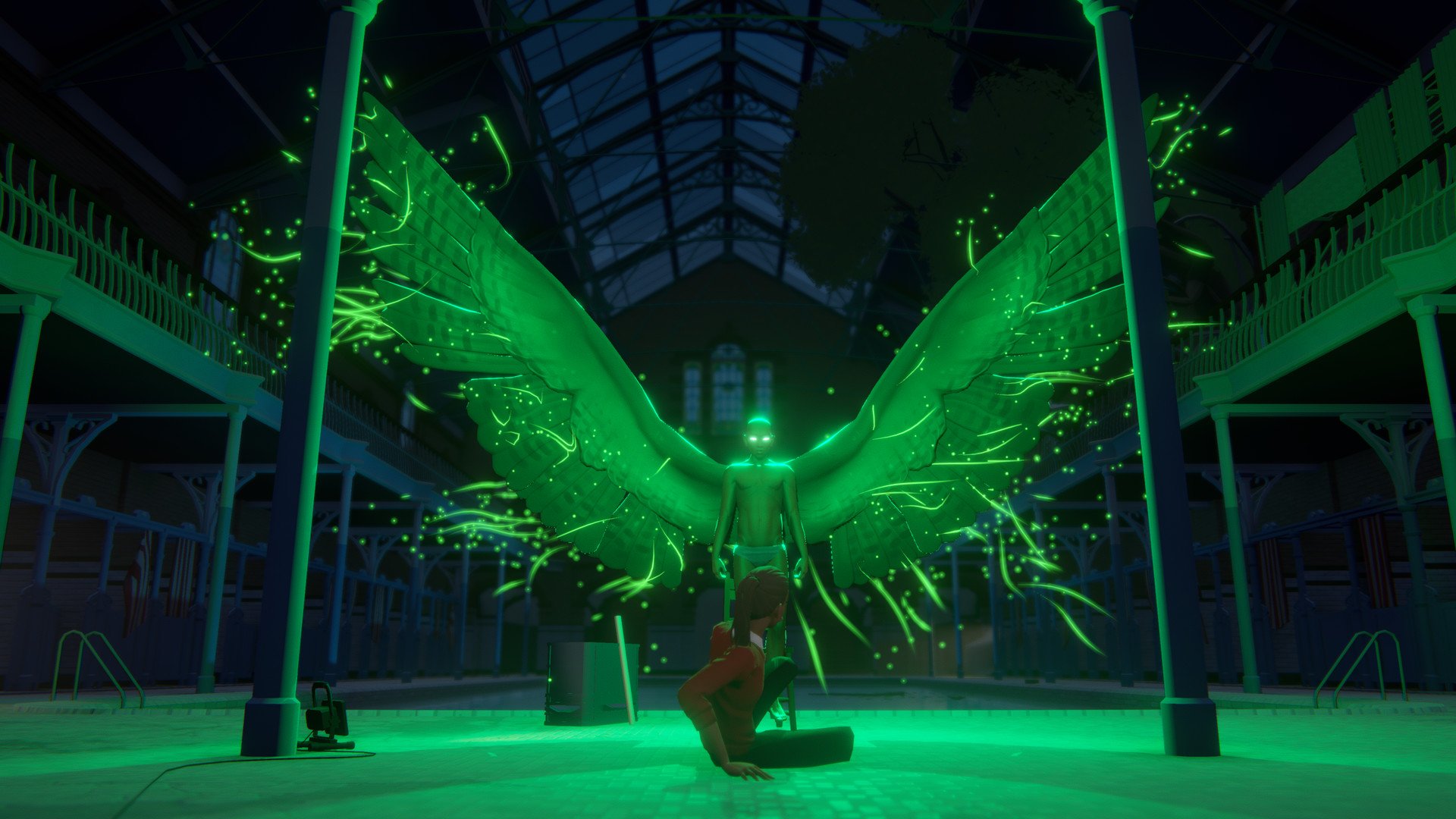 Although Last Stop concerns paranormal happenings in London, this latest game from Virginia developer Variable State is much more focused on the interpersonal struggles of its three playable characters: John, a single father spread thin from taking care of his young daughter; Meena, who’s using her secretive job to keep her family at arm’s length, carrying on an affair all the while; and Donna, a teen who seeks thrills with her friends as an escape from her stifling life at home, including her sick mother and overprotective older sister.

Rather than sideline these problems, the characters’ eventual entanglement with the supernatural, at least initially, foregrounds them. Donna grows more aloof when she starts keeping a secret: that she and her friends Becky and Vivek have tied a mysterious and potentially dangerous man to a chair as their captive. John, for his part, somehow swaps bodies with a douchey video game developer, Jack, whose life he both disdains and envies, having to coach the person in his body through work and parenting problems.

Each character’s chapter segment tends not to run much longer than half an hour, and you’re required to play all three before proceeding with the story. And with John and Donna facing immediate conflicts, the game is free to take its time with Meena, who emerges as the richest character of the bunch. She remains detached at home due to the demands of her mysterious employment but still craves some level of excitement. The extramarital affair that she carries on, while awkwardly depicted through plastic-looking character models, marks a refreshing departure in a medium that tends to focus on external conflict over inner turmoil.

But if Last Stop means to immerse players in the everyday lives of its characters, its rigid structure thwarts that intention every step of the way. The paths you walk are narrow, made to emphasize quote-unquote cinematic camera angles rather than give the impression that you’re inhabiting anything but a corridor of invisible walls. A timer ticks down on dialogue choices to force a more natural rhythm of conversation, but so few of the responses vary in any meaningful sense that any player input feels perfunctory in the end, as if they exist only because we expect to press buttons every so often when we play video games.

There’s an easy line to trace from these design choices to Variable State’s similarly constrained Virginia, but at least that game could fall back on a novel first-person presentation. By contrast, Last Stop just comes across like an adventure game pretending it isn’t on rails.

The effect is one of remaining firmly outside of the characters, and that’s worsened by how fuzzy and poorly summarized most of the dialogue options are. You’re often finding out what one choice means only after making it. (Does choosing “social faux pas” mean to commit some social faux pas yourself or remark that someone else has just done so?) So much of Last Stop, from its showy camera angles to its often-nonexistent UI to its focus on naturalistic actions, seems designed to uphold a standard of cinematic presentation that only restricts the game and calls further attention to the artifice that it’s working to disguise.

In the style of a much more limited, if better-written, Quantic Dream game, you awkwardly contort the analog stick to pour coffee and eat cereal as if such conscious and careful motions remotely capture the way human beings interact with objects. Likewise, the stripped-back interface mostly just removes any signal for when you’re supposed to control the characters, leaving you to simply wait until a shot lingers too long on someone vacantly standing in place.

Eventually, each story hurriedly resolves itself, foregoing tidy lessons or ironic endings but still lacking that crucial, elusive sense of lived-in authenticity. For as much effort has clearly gone into voicing and animating these characters within their 3D environments, we never spend enough time to seem like we really know them; quirks of the game’s strict linearity ensure we remain at a distance, observing relationships that are otherwise too thinly sketched to sustain the game’s emotional ambitions. Last Stop eventually arrives at an all-too-familiar game-design destination, hamstrung by its attempts at verisimilitude.

The game was reviewed using a code provided by fortyseven communications.