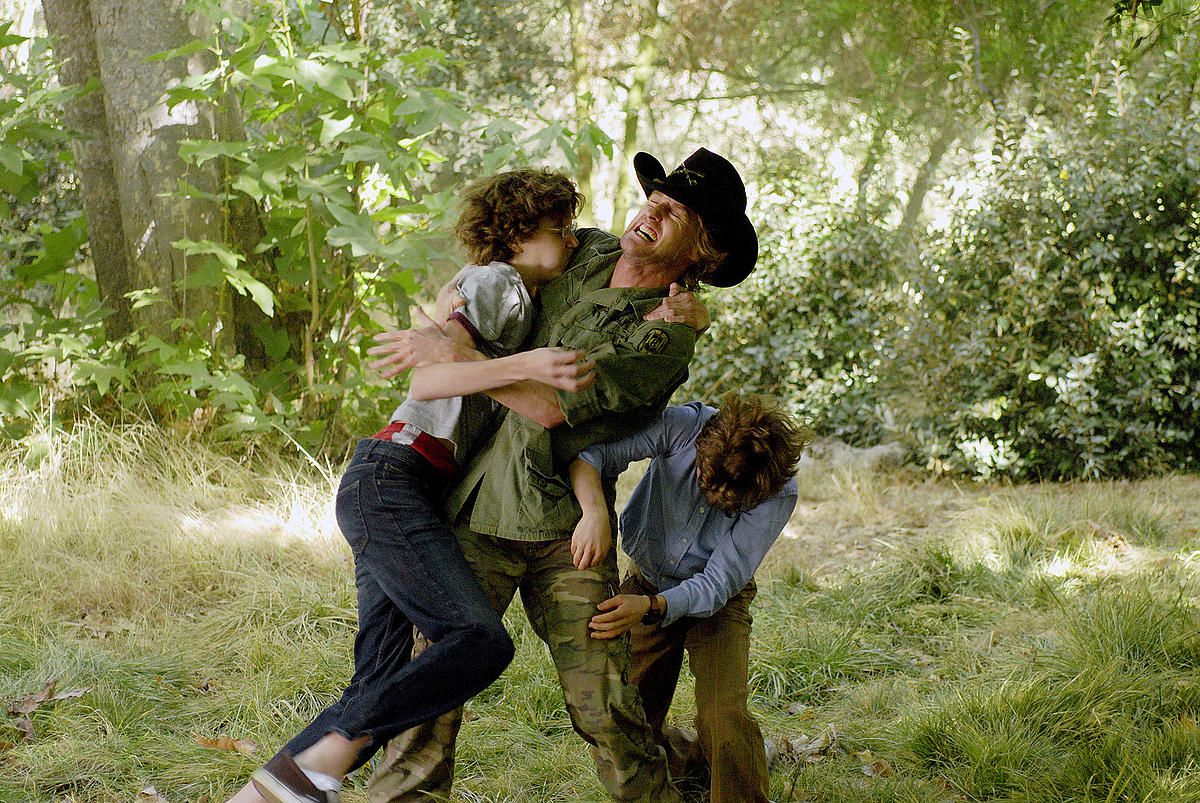 Is the golden age of Judd Apatow already waning? With two more 2008 projects on the horizon, a final verdict may be premature. But after the mediocrity of last December’s Walk Hard: The Dewey Cox Story, Apatow again comes up seriously short in the laughs department with Drillbit Taylor, a producing venture that once more re-teams him with pal Seth Rogen (who co-wrote the screenplay) and wife Leslie Mann (who co-stars as a hot-to-trot teacher). In this benign, banal trifle, Owen Wilson stars as Drillbit Taylor, a Los Angeles bum in army fatigues who lies his way into a bodyguarding gig for three nerdy high school freshmen who need protection from a tyrannical bully. That this premise is closely related to that of My Bodyguard isn’t lost on director Steven Brill and writers Rogen and Kristofor Brown, whose most inspired decision is having that 1980 movie’s star, Adam Baldwin, interview for the kids’ position. Otherwise, though, the film is so tame, so thoroughly lethargic when it comes to devising one-liners or amusing situations, that it’s tough to figure out exactly what compelled such talent to go through with the film in the first place.

Drillbit isn’t offensive or particularly idiotic, and it does partially emulate those ‘80s teen comedies that saw high school as a simultaneously funny and terrifying period in life when identities are formed through social embarrassment and stabs at first love. Furthermore, Wilson is perfectly charming as the ragamuffin charlatan Drillbit (a man whose aim is to steal enough money to move to Canada and start life anew), as are his three young co-stars, charismatic dweebs who desperately yearn for acceptance and romance. But whereas Apatow’s Knocked Up and Superbad injected distinctive sweet-and-sick personality into their conventional genre setups, here there’s no distinguishing uniqueness, nothing the least bit exceptional, to help mask the moldiness of the characters and the plot’s by-the-numbers structure. Neither awful nor awesome, it’s a film that’s just…there.