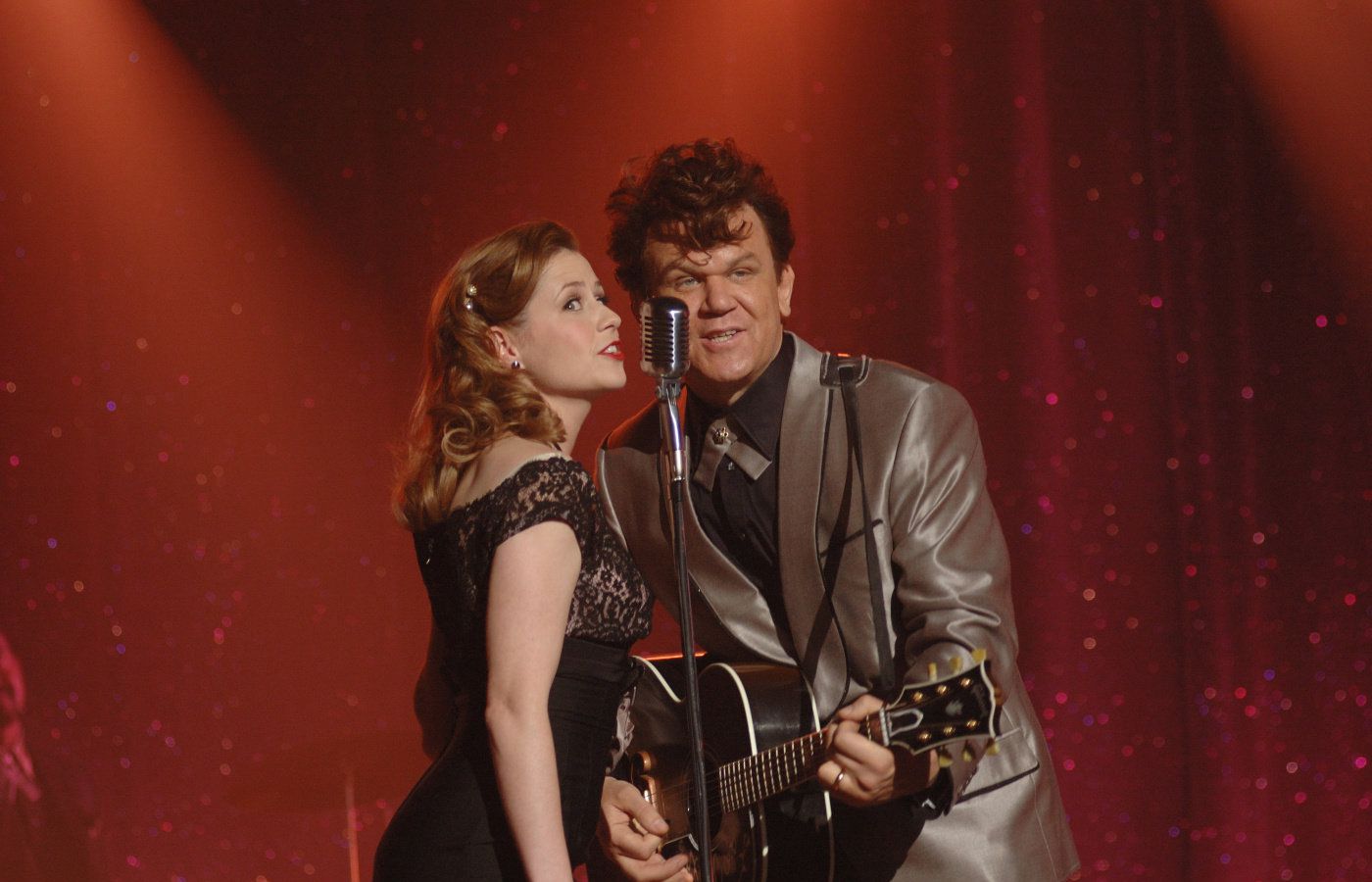 John C. Reilly hops aboard the Judd Apatow gravy train with Walk Hard: The Dewey Cox Story, a parody of biopics that finds the comedic impresario working in the absurdist mode of 2004’s Anchorman rather than the vulgar-sweet rom-com vein of this year’s Knocked Up. Co-written by Apatow and director Jake Kasdan, this Reilly vehicle necessitates (or, at least, benefits immensely from) a passing knowledge of Ray and Walk the Line, as its tale—about the era-spanning life of fictional music legend Dewey Cox (Reilly)—liberally spoofs specific elements of both those acclaimed films. Dewey is raised in Springberry, Alabama, and his life is forever altered when he unintentionally slices his “perfect” brother in two with a machete, an accident that engenders lifelong resentment from his father (Raymond J. Barry) and a burning desire to fulfill his dead sibling’s seemingly limitless possibility.

Wives, drugs, and run-ins with famous artists follow, with Kasdan and Apatow primarily going for laughs in two ways: self-conscious acknowledgments about the genre’s—and their own story’s—ludicrousness, and persistent repetition. It’s an approach that reaps inconsistent results, though Reilly, playing a musically inclined version of his Cal Naughton Jr. from Talladega Nights, shows an aptitude for enlivening even inert scenarios with energetic, eager foolishness. Many of the songs fizzle, as do a host of notable supporting comedians—including multiple members of The Office, SNL (past and present), Apatow’s own oeuvre, and the late Citizens Upright Brigade—and Kasdan barely does anything to make his material cinematic.

Still, the film gets some mileage out of mocking fatuous biopic conventions, epitomized by Reilly playing Dewey as a 14-year-old and then constantly stating his age in order to highlight said situation’s idiocy. And a hilarious we-know-this-is-awful sequence involving Cox’s LSD-fueled meeting with the Fab Four (embodied by the all-star squad of Jack Black, Paul Rudd, Jason Schwartzman, and Justin Long) almost single-handedly makes up for the fact that Walk Hard is a rickety imitation of a Will Ferrell vehicle. Plus, it earns points for its, ahem, ballsy rebuke to mainstream comedy’s familiar homophobia by sticking a full-frontal, close-up penis in Cox’s unruffled face…multiple times.

5 for the Day: Dean Stockwell