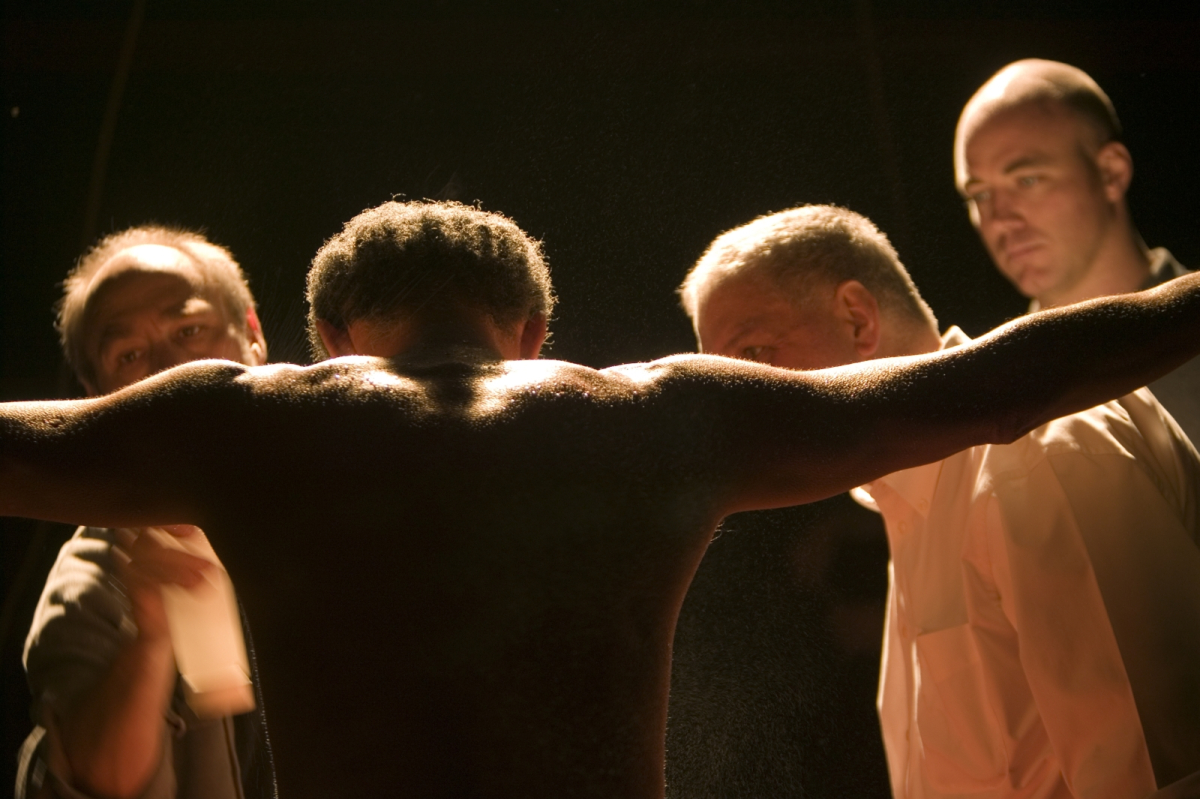 Errol Morris’s Standard Operating Procedure is proof that a documentary can illuminate, like No End in Sight, while still feeling like an actual film, unlike No End in Sight. The first thing that strikes you is Lynndie England’s face, older and more filled out than we remember, weathered by motherhood, possibly guilt, and as this chilling account of how torture and humiliation at Abu Ghraib was conducted attests to, the nature of scapegoatism. Some critics are mistakenly going into this film expecting a diagrammatic exposé of what led to the Abu Ghraib scandal, one that casts a finger-pointing net at George W. Bush and his administration, when really it’s a study of images and the way they reveal culpability, and how snakes like Donald Rumsfeld have craftily, perhaps unconsciously, exploited their understanding of this relationship to absolve themselves of guilt.

The film ponders: How do we blame higher-ups like Rumsfeld for what happened at Abu Ghraib if they weren’t psychically in the picture? Morris’s recreations are his signatures, and they’re sometimes sore spots in his work, but here they feel as purposeful as they were in The Thin Blue Line, cannily dialoguing with his thesis about the veracity of image-making and reaching some sort of apotheosis of mindfuckery when Morris reveals the process by which certain images taken within the blood-splattered walls of Abu Ghraib were deemed to depict “criminal activity” while others were stamped as representing “standard operating procedure.”

One moment you’re disgusted by Morris’s subjects, the next they inspire your sympathy—when the subtext those images are unable to reveal are brought to the fore via startling confessions: like Sabrina Harman smiling and holding her thumb up for the camera, an action she claims to default to whenever she poses for a picture (no matter the context), and then you wonder if this revelation makes her actions any more or less reprehensible; or in the case of the famous image of England holding a prisoner by a leash, how the media misrepresented the action in the image and how actual physical information was cropped out of the image (maybe to absolve someone else of wrongdoing, as England speculates, but more likely to make the horror of the pictureappear more aesthetically pleasing to the eye). A semiotic essay that doesn’t feel like one or announce itself as one, which is to say it doesn’t play like some Haynesian PhD thesis, Standard Operating Procedure leaves the mind reeling—art, philosophical discourse, and human rights activism in one.