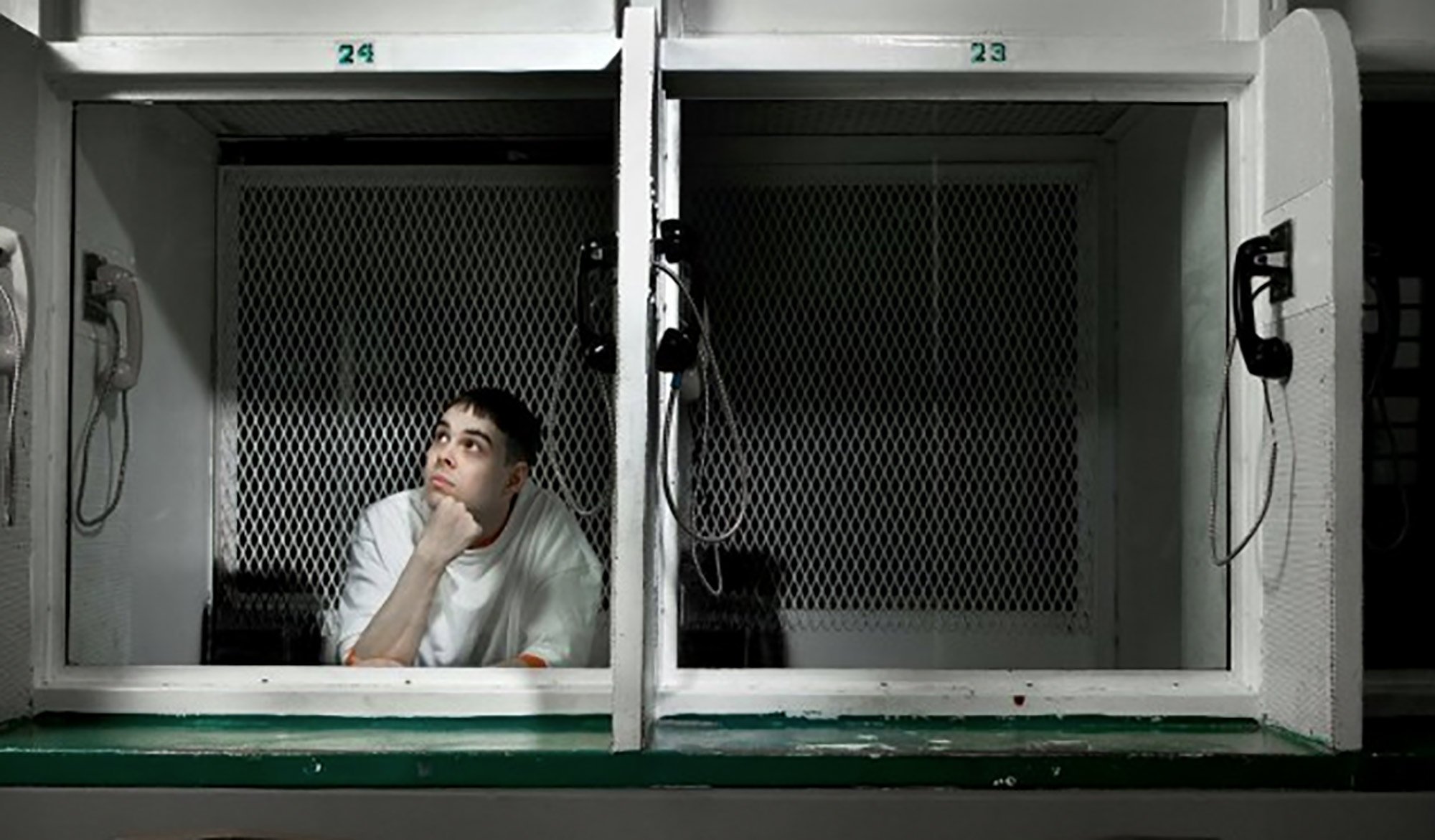 Rarely has Werner Herzog seemed less capable of infusing a nonfiction inquiry with poetic depth than with Into the Abyss, the filmmaker’s rumination on life’s random, chaotic violence and fragile preciousness, which is filtered through a death penalty case in 2001 Texas. The crime in question involved the murder of Sandra Stotler, her 16-year-old son, Adam, and his friend, Jeremy Richardson, by two teenagers, Jason Burkett and Michael Perry, in order to steal a red Camaro, an insanely senseless act that culminated with the two suspects being apprehended after a shootout and sentenced to life (for Burkett) and lethal injection (for Perry). Herzog opines at the start to Perry, with whom he speaks through a glass partition eight days before the man’s 2010 execution, that he does not support the idea of the state taking convicts’ lives, a position that pops up repeatedly throughout his latest doc, but to little appreciable gain. Subsequent conversations with the victims’ family members, the killers’ acquaintances and loved ones (including Burkett’s wife, whom Burkett met while behind bars), and Fred Allen, the former captain of the Death House where Perry met his end, often include comments about the futility of the death penalty to bring back the dead, but despite its rigorous gaze, Into the Abyss doesn’t succeed in plumbing the justness of capital punishment either through debate, intellectual argumentation, or cinematic expression.

Rather, its stance on the issue is conveyed mostly by Herzog himself, who assumes that the teary-eyed remembrances and heartbreak of his subjects—as well as the fresh-faced normalcy of Perry and the everyman practicality of Burkett—will somehow convey the priceless value of human life no matter how that life was lived. When Herzog claims that Jesus would not have approved of state executions to Adam’s sister (who has lost her entire family to various tragedies) and she responds, “Some people don’t deserve to live,” or when he leads Allen to agree with his idea that, when Allen finally quit his job, it was his “real self” emerging from within, Herzog incorrectly mistakes his own opinions for convincing lines of reasoning. Moreover, unlike most of his nonfiction efforts, Into the Abyss doesn’t compensate for its maker’s sometimes heavy-handed pronouncements with aesthetic elegance. Comprised largely of static camera set-ups for interviews, and—uncharacteristically for Herzog—infrequent attempts to find inspired visuals to complement or complicate its themes, the film drags, with its overriding point about life’s unparalleled worth and the universe’s haphazard cruelty rarely resonating as more than thinly sketched viewpoints.

Herzog isn’t after his own The Thin Blue Line, refusing to even entertain the notion (trotted out by Burkett’s spouse) that the men didn’t commit these murders. Yet without any doubt about their guilt, the issue of capital punishment’s rightness or wrongness feels unmoored from the actual matter at hand, and thus becomes a topic addressed by a host of alternately repugnant and sympathetic people—some intimately related to the case, some wholly unconnected—in something of a vacuum. Though Herzog unquestionably weaves a tapestry of suffering that speaks to the intense effect violence has on victims, victimizers, and helpless bystanders, his latest, without an engaging series of contentions, too often feels as if it’s simply wallowing in grief and misery. That’s most true during its voyeuristic crime-scene photo sequences, especially when Herzog lingers on the image of Sandra Stotler’s leg underwater in the lake where her body was dumped, a moment that aims to express the arbitrary madness and sheer callousness with which life is often treated, and yet instead comes off as borderline-unseemly gawking. Like much of the film, it’s a scene that searches for truth about the mundane evil of men’s hearts and the justice systems that seek to regulate them, only to come across as a half-formed bid for profundity.

Interview: Charlotte Rampling on The Look, Death, and More