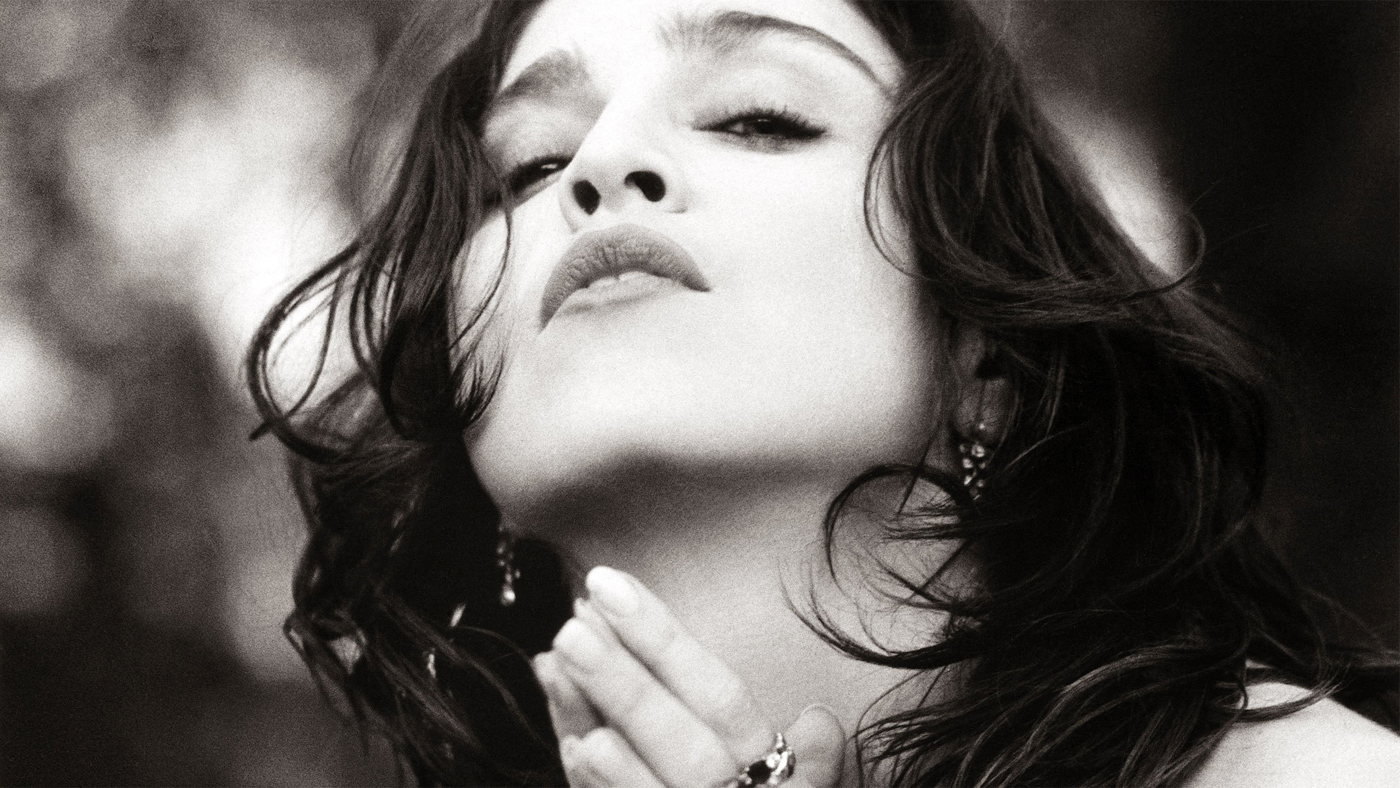 Do you know why VH1 produced more installments of I Love the ‘80s than any other decade? Because there was simply more to love. Many would argue that other recent decades surpassed the ‘80s for diversity of musical expression, for production innovations, for ebullience and personality, for political honesty. In fact, by nearly every individual measure, the ‘80s probably take a backseat to some other era. So why do we still deify those 10 years? Probably because the decade’s best songs offered some of pop history’s finest simple pleasures, which is why you won’t often find humorless rockists making arguments on its behalf like they do for the ‘60s, ‘70s, or even the ‘90s. Sure, there were plenty of tunes that cut deep into the blackest heart of the Reagan era, but some of the most prominent came in such a deceptively sunny disguise (the Boss’s “Born in the U.S.A.,” for example) that they were mistaken to be part of the status quo. In the ‘80s, Public Enemy was the outlier and flourished because of it. Michael Jackson was showing signs of paranoia, but still mostly wanted to rock with you. Madonna was mostly espousing the joy of taking a “Holiday,” and even when she embraced a more militant attitude (“Express Yourself”), she was still arguing on behalf of embracing the pleasure principle. And that’s the way we like it. In so many other arenas, we’re still paying for the mistakes of the ‘80s. But when it comes to the decade’s music, we feel no compelling reason to feel bad about feeling good. Eric Henderson

For the title track and third single from what’s widely considered to be David Bowie’s last truly great album, the singer’s delivery is closer to that of a low-budget horror movie’s demented narrator than the dynamic rock showman that shot to megastardom in the ‘70s. Bowie spins a yarn of a young girl falling victim to her own fears and insecurities in his tried-and-tested “mockney” accent, and heightens the air of sheer menace further still with a violent percussion section and the sound of dogs barking. Robert Fripp’s guitar work here is tremendous too, an exemplary exercise in frenzied crosspicking that adds urgency and suspense to Bowie’s deranged psycho-thriller narrative. Huw Jones

As hopeless and heartbreaking as any song that’s ever topped the pop charts, Tracy Chapman’s “Fast Car” couches its social commentary in deeply personal revelations and confessions. As the city lights flash by Chapman’s narrator and the song’s arrangement gathers momentum, there’s a palpable desperation in the way she sings, “And I had the feeling I could be someone” Because in that moment, having tried and failed to escape the poverty she was born into, she’s not expressing a sense of optimism that her station in life will improve, but conceding that she was foolish to have ever thought it could. Jonathan Keefe

“Don’t Believe the Hype” is an invitation to question everything, up to and including Public Enemy’s then-growing reputation. It’s the kind of sneakily self-congratulatory gesture that plays as self-deprecation while also being a bit boastful, affirming that there is indeed some hype that needs to be ignored in order to appreciate the group’s second album. Whatever the meaning, the track is indicative of the always probing, never accepting nature of the Chuck D-helmed outfit, his harshly forceful rhymes echoed by the cornucopia of grating sound effects sourced by the ever-resourceful Bomb Squad. Jesse Cataldo

“I Will Dare” marks the most accessible and radio-friendly moment for a rowdy Minneapolis four piece that, with a reputation for notoriously wayward live shows and a staunch belief in the punk ethos, was to this point always a million miles away from what one would consider accessible or radio-friendly. Upon its release in 1984, Paul Westerberg spoke of how the band was tired of playing “that noisy, fake hardcore rock,” and there can be no disputing that “I Will Dare” is all the better for reigning in the anarchy and chaos that underpinned their previous work. It’s about as close to pop music as the band could get, flaunting a sweet mandolin arrangement and a typically jangly guitar solo from R.E.M.’s Peter Buck, and perhaps it’s no coincidence that this is their best single by some stretch. Jones

What I previously wrote about “one of the most intoxicating singles in pop history,” a state-of-the-art example of sampling craft, still sums it up. “’I Feel for You’ had enough blockbuster tricks to bury any lesser talent: ultra-hip vocal cutting techniques, a blazing Stevie Wonder harmonica solo that damn near tops anything on his own records, no less than four synth-keyboard players, and a scintillating, shifting beat from Arif Mardin” For someone who allegedly disliked the memorable hip-hop riffing Grandmaster Melle Mel bookended the track with, Chaka interacted beautifully, making this one of the most compelling crossover tracks ever. Henderson

Even if he really did send a cabal of Hazmat-wearing lawyers after Extra T’s for cribbing lines from his 1982 blockbuster E.T. The Extra-Terrestrial, it’s easy to imagine Steven Spielberg bopping this head to the dance-funk delirium of this underground classic. Not exactly the enviro-friendly, “fax orgy”-wanting otherworldly being of Deee-Lite’s imagination, this alien hero hungers only for home. And that’s all right. Such single-mindedness, matched by the “held-together-by-paperclips 808 beats,” per our own Eric Henderson, is always rewarded. The bassline is all cherry-on-top rush, a call to arms for people who live, Busta Rhymes would say, for movin’ around. Ed Gonzalez

For such an apparently gentle soul, Michael Jackson repeatedly displayed his dark side with songs like “Beat It,” “Thriller,” “Bad,” and “Smooth Criminal” This is, after all, the same guy who once sang about his close friendship with a telepathic rat. Accompanied by a killer synth bassline, staccato beats, and a frenzied vocal performance from Jacko himself, “Smooth Criminal” rather unambiguously tells the heartwarming story of a home invader who chases a woman named Annie underneath a table and into her bedroom, where he ostensibly bludgeons her to death, leaving “bloodstains on the carpet” Sal Cinquemani

Not many people could make a song about watching clouds into an epic rumination on living life to the fullest. But that conflation of silly juvenilia and introspective weight is what Kate Bush does best, and “The Big Sky” consequently grows into its own thriving world of weird skyborne shapes, full of wacky asides, cascading handclaps, odd voice inflections, and guitar solos. It testifies to the ephemeral nature of all things while also celebrating the teeming abundance of the world, a quality shared with Bush’s music, which is always spilling over with passion and ideas. Cataldo

It may not be Leonard Cohen’s most famous song (a fact that grows more regrettable with every ponderous, overwrought new version of “Hallelujah”), but “Everybody Knows” is the song of Cohen’s that best captures both his knack for writing a pop hook and his pitch-black sense of humor. But it’s the combination of his deep baritone voice and deadpan performance that makes “Everybody Knows” so funny and so absurd: Cohen sounds nothing if not inconvenienced as he delivers a scolding lecture with the bleak message that “everybody knows that the good guys lost” Keefe

91. Violent Femmes, “Blister in the Sun”

It’s a testament to Gordon Gano’s affable everyman charm that the truth as to whether “Blister in the Sun” is indeed an open ode to masturbation or whether it’s a blithe summary of heroin withdrawal is as irrelevant as it is unclear. It’s a fantastic single, even though it took a spot on the Grosse Point Blank soundtrack almost 15 years later for mainstream consciousness to actually take notice of this stellar bout of unplugged folk-punk. Now, “Blister in the Sun” is instantly recognizable from its introduction alone, where balmy lo-fi acoustic guitar meets hand-me-down snare drums and a bassline that swaggers and struts rather than merely walks. Jones

Review: The Farm, The Farm Inc.