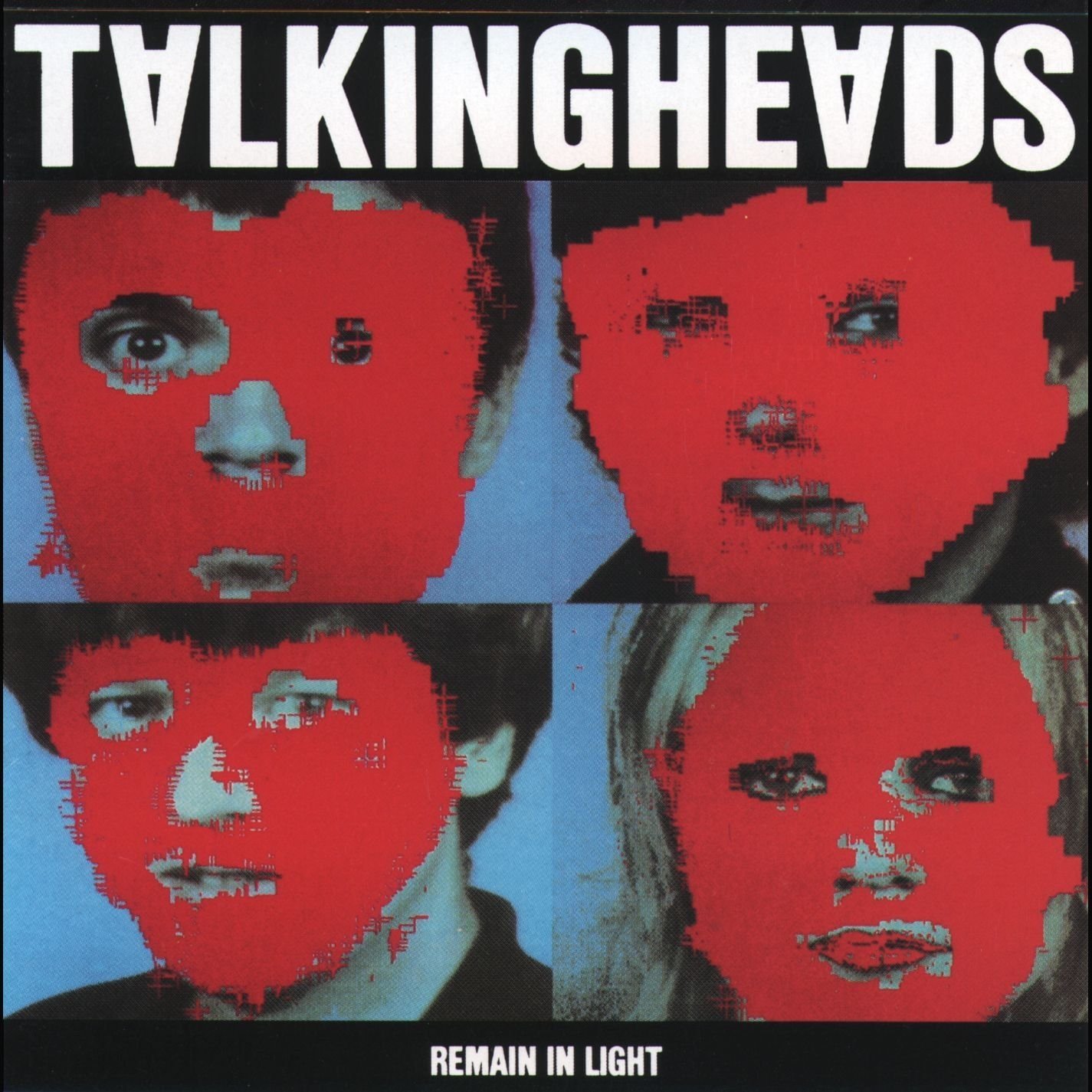 Who could’ve guessed that a bunch of nerdy kids with guitars from the late ‘70s/early ‘80s would leave such an enduring imprint on popular music? But with acts like The Killers, Franz Ferdinand, The Rapture, and Hot Hot Heat aping the moves of their spastic, genre-blurring predecessors (take a bow Public Image Limited, Gang Of Four, Orange Juice, XTC, and Devo), it’s obvious that the musical era commonly referred to as New Wave had far more to it than just being those few years after punk when people danced a little better. And from that era, one album, from one band, serves as a timeless signpost of a period where artists were not only unafraid to experiment within the idiom of the pop song, they were practically expected to. The band: Talking Heads. The album: Remain In Light.

Bug-eyed vocalist/guitarist David Byrne, ex-Modern Lover/keyboardist/guitarist Jerry Harrison, and the husband-and-wife rhythm section of Tina Weymouth and Chris Frantz had already begun to introduce African elements into their particular brand of art school rock n’ roll with 1979’s Fear Of Music. But with Light, the band (along with co-producer/director-of-the-flow Brian Eno) cast their subversions of the pop form into a whole new element, forming songs out of loops (still a relatively unique approach for the time), and letting rhythm, repetition, and continuous vocal counterplay between Byrne’s distinctive yelps and the soulful contributions from backing vocalists such as Nona Hendryx steer the course. The results were simply magical.

Take, for example, the album’s most enduring track, “Once In A Lifetime.” Framed by the simplest of grooves (Weymouth’s two-note bass line and Frantz’s fairly funky drum loop), as well as layer upon layer of Harrison’s burbling keyboard, skitch-skitch rhythm guitar, and odd, random noises, the track provides ample room for Byrne’s lyric (which, with its “You may find yourself…” refrain, resembles more an evangelist’s rant than a pop lyric) to hover, bounce, and jab itself into memory. Put this song on the system at any hipster dance joint, perhaps somewhere after Hot Hot Heat or The Killers (if your audience will tolerate such “commercial fluff”), and watch the room explode. Has anyone done a mash-up with this track yet?

Beyond its attention to groove and manipulations of conventional songwriting, the album is also remarkable for another element—the contributions of guest guitarist Adrian Belew. Having served as a sideman to Zappa and Bowie and on the verge of launching his own legacy with demented prog institution King Crimson, Belew added the kind of guitar solos to the band’s soundscapes that were simply unfathomable for most players. The oppressive funk thump of “Born Under Punches” is highlighted by Belew’s section, where his Stratocaster sounds more like a malfunctioning computer on the Starship Enterprise than any stringed instrument, while his solo swoops, careens, and glides like a thrill-seeking pilot at an air show on the buoyant, exultant “The Great Curve.”

Lyrically and vocally, Byrne applied the new, forward-thinking sonic approach to his writing as well. Past self-referential snippets like “Artists Only” and observations of single topics (“Drugs,” “Heaven,” etc.) were eschewed in favor of evocative Burroughs-like cut-ups, and while it’s sometimes unclear what Byrne is talking about (“I’m a tumbler/Born under punches/I’m so thin”), it always seems to serve the mood cast by the music. Socio-political streams of consciousness seem to exist within the lyrics, perhaps most effectively on the strangely relevant “Listening Wind,” depicting the efforts of a mail-bomber, driven to his actions by “The wind in my heart/The dust in my head.”

With Remain In Light, Talking Heads took what was being increasingly regarded as a generally cerebral extension of punk and turned it into something far more global in musical and lyrical scope. And the fact that this new Head Music crossed so many lines and introduced so many new elements to not only their own vocabulary as a band but to pop music in general (hell, Byrne even raps in “Crosseyed & Painless”) proves that Byrne and Co. truly had their fingers on the metronomic pulse of modern culture, mirroring it with their music, all the while casting a watchful eye ahead to where it could go next. And that’s what essential pop music—from any era—always does.