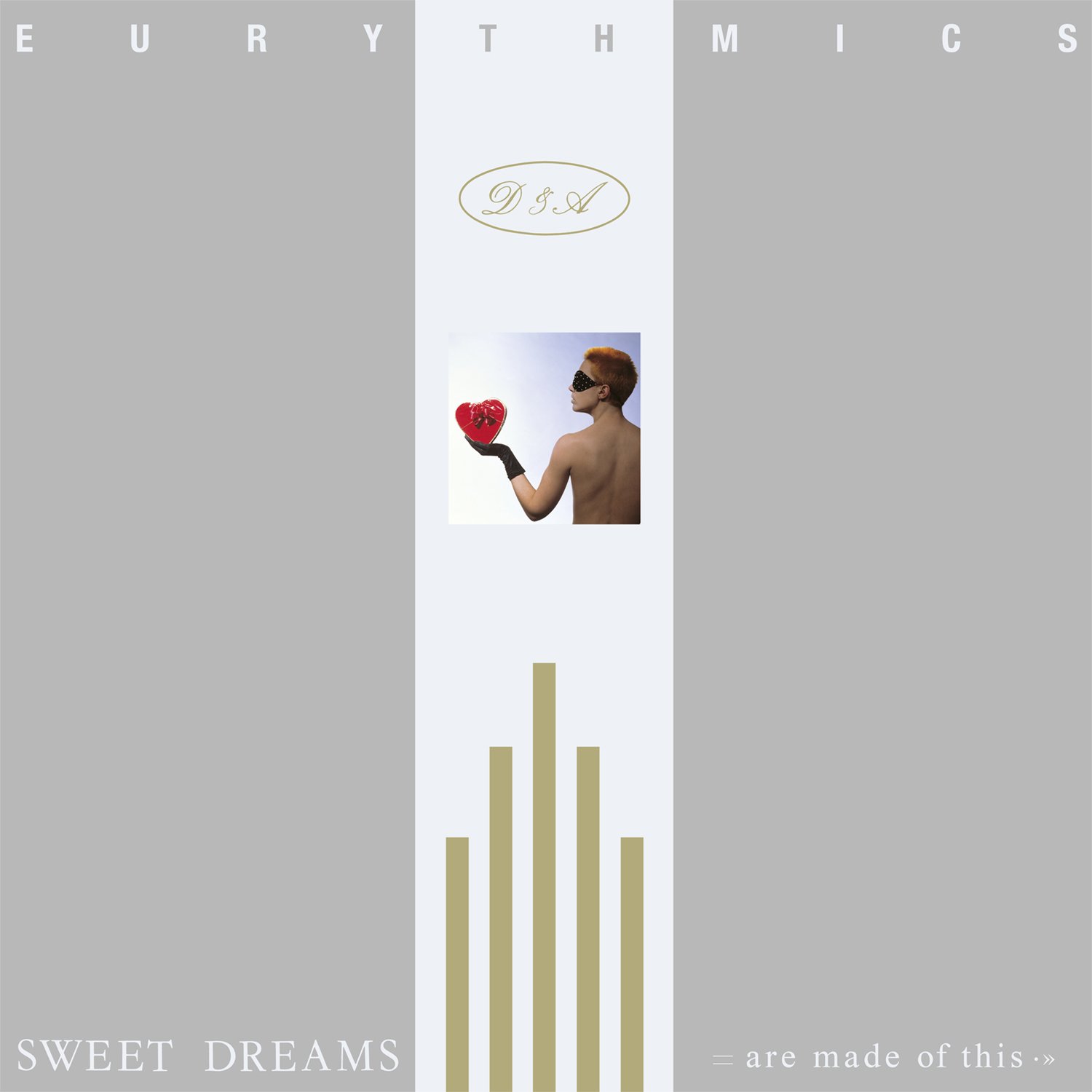 By the early 1980s, the electro-pop sounds of Kraftwerk, Yellow Magic Orchestra, and Gary Numan had seeped into the pop mainstream courtesy of a slew of Brit-poppers like Vince Clarke by way of Depeche Mode and Yaz, but synth-pop had been predominately male-driven up to that point. Not only did the Eurythmics’ breakthrough Sweet Dreams (Are Made of This) give the genre a distinctly feminine voice, it helped give it soul, marrying the intentionally artificial, repetitive elements and robotic rhythms of techno to more organic sounds (a cornucopia of live flute, scat-like vocals, and synthesized organ creates a jungle milieu on the brief “I Have an Angel”; trumpets sound a lover’s forced departure on “The Walk”), not to mention Annie Lennox’s smooth, soulful voice. This was no more evident than in the title track (the album’s final single and the duo’s first U.S. hit), an ode to masochistic desire in which Lennox’s supple vocal takes on the stern, dominant tone of a taskmaster—and, mirroring the androgynous, Grace Jones-inspired dual personas of many of the group’s music videos, she is also the subordinate.

“Sweet Dreams (Are Made of This)” is a triumph of computer programming, boasting what this magazine’s own Ed Gonzalez called “the single greatest use of a prolonged synth line in the history of dance music” in our list of 100 Greatest Dance Songs, but it’s the album’s opening track, “Love Is a Stranger,” that is, perhaps, an even bigger coup. The very first line paints love as dangerous, frightening, and enticing with eight simple words: “Love is a stranger in an open car.” Her taut harmonies stretched out atop Dave Stewart’s drum computer beats and percussive grunts, Lennox goes on to describe the series of chemical and emotional disturbances that comprise the experience of love and lust, essentially achieving what poets and philosophers have attempted for centuries: “It’s guilt-edged/Glamorous and sleek by design/You know it’s jealous by nature/False and unkind/It’s hard and restrained/And it’s totally cool/It touches and it teases/As you stumble in the debris.”

Though Touch, which was released later that same year and brought the duo even more success, maintained the Eurythmics’ synth-pop sound, it implemented more Caribbean and dub styles and veered increasingly toward the pop mainstream. Sweet Dreams is more faithful to snyth-pop’s avant-garde roots, incorporating the jittery computerized drum patterns and sliced-and-diced vocals-as-snyths that would become even more prominently used by the likes of Art of Noise. The minimalist tech-pop song “Jennifer” gives us, aptly, minimal narrative information, an ominous synth bassline that sounds like it could have been composed by John Carpenter percolating beneath a simple arpeggio while Lennox beckons to the titular character who, we glean from the sounds of waves breaking and a bridge that consists of the softly repeated line “underneath the water,” has drowned. Only the album’s b-sides “Home Is Where the Heart Is,” “Monkey Monkey,” and “Baby’s Gone Blue” (later included on the 2005 remastered version of the album) are purer descendents of the electro-pop sound that influenced Dave and Annie’s sweet dreams.