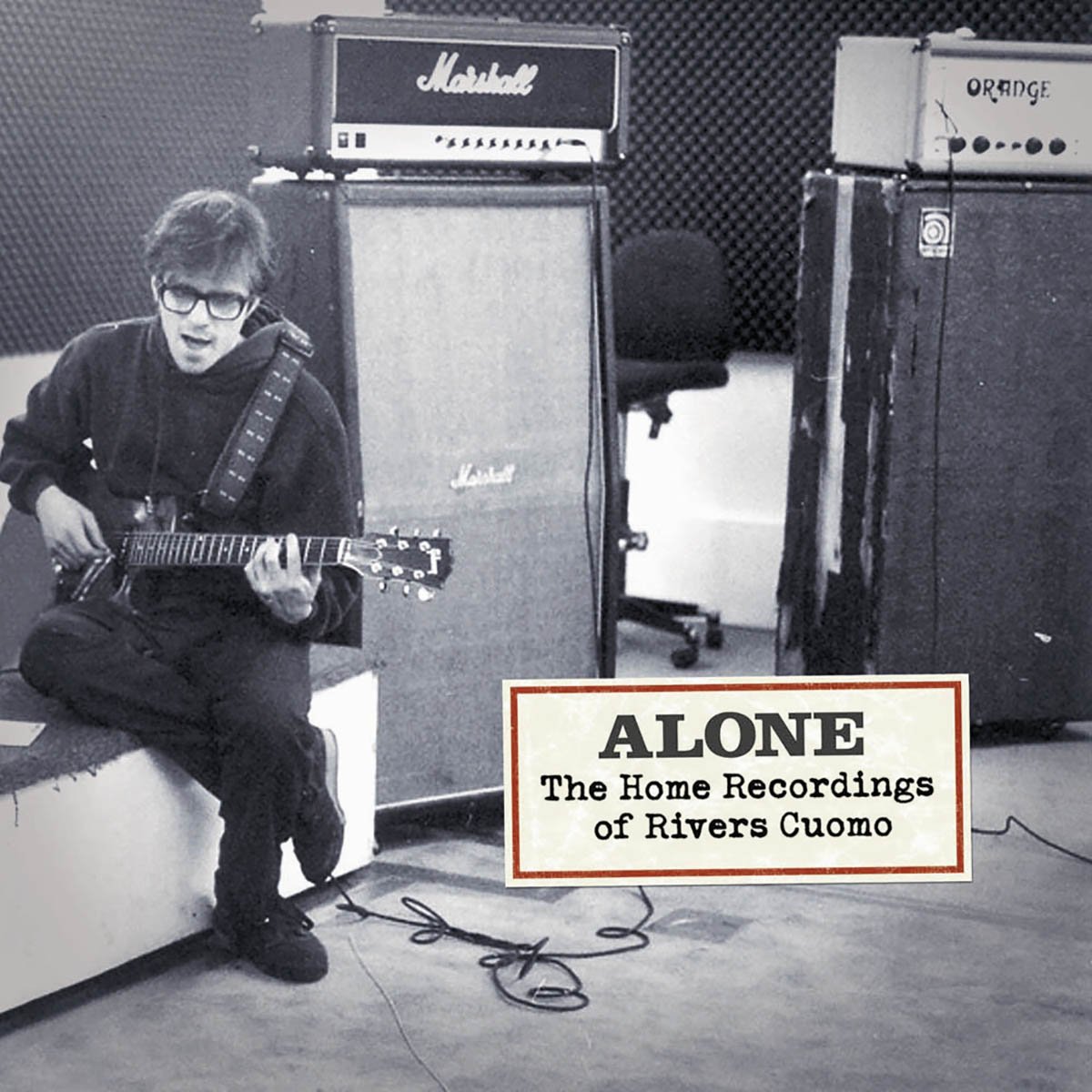 For a collection of lo-fi home demos, Rivers Cuomo’s Alone, in its better moments, sure does sound at times like a return to form. Unfortunately, that has less to do with the quality of these assembled odds and ends than it does with his band Weezer’s wretched last album, 2005’s Make Believe. Since these demos were recorded between 1992 and 2007, they span the whole of Weezer’s output, and while “Lemonade” and “Longtime Sunshine” don’t quite live up to the better moments of The Blue Album or Pinkerton, respectively, they’re still a good deal better than “Beverly Hills.” That counts for something, but even the best songs here—“Wanda (You’re My Only Love),” originally pitched as a single for the teen fat-kid-makes-good comedy Angus, and a serviceable cover of “Little Diane” with the band Sloan—only merit a passing recommendation. Working in the collection’s favor, then, is the context it provides for Weezer’s sporadic and uneven canon. Cuomo as an unlikely celebrity, what with his twitchiness and his tendency to disappear to his basement or to Harvard for long periods of time, is usually a good deal more interesting than Cuomo as a singer-songwriter. Alone, with Cuomo’s extensive commentary in the liner notes, only reinforces that split in that it gives something of an insider’s perspective on his creative process—these demos make it clear that most of Weezer’s songs and arrangements are almost fully formed when he brings them to the band for recording—and provides him with an outlet for discussing things such as his reluctance to incorporate an interest in classic funk into his band’s sound. Cuomo’s would-be rock opera, Songs From the Black Hole, intended as the follow up to The Blue Album, provides the centerpiece for Alone, and it isn’t hard to see how the outsized emotionalism of a “Dude, We’re Finally Landing” or a “Superfriend” later resulted in an album like Pinkerton, which all but set the template for emo. There are also the troubling implications of the two most recent cuts, 2004’s “I Was Made for You” and 2007’s “This Is the Way,” which suggest that Weezer’s most simpering, MOR offerings may still lie ahead.

Review: Eurythmics, Sweet Dreams (Are Made of This)