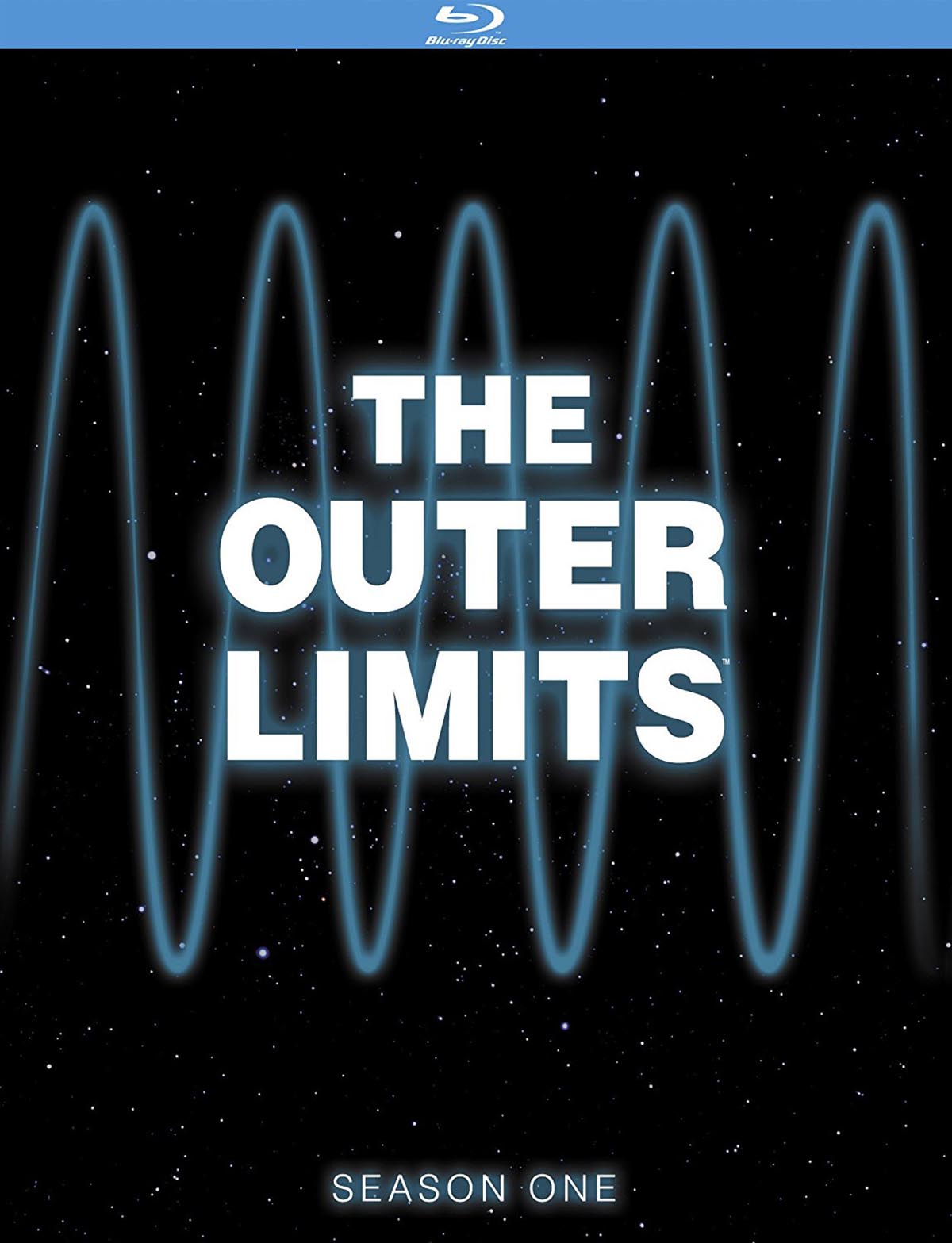 Over 50 years after its cancellation in 1965, The Outer Limits still exudes a distinct and wonderful strangeness. A horror and science-fiction anthology series that was inspired by Rod Serling’s The Twilight Zone, and which would subsequently inspire countless other film and television productions, The Outer Limits is a heady cocktail of Cold War anxiety, film noir, Brechtian theater, creature feature, and gothic expressionism. The series feels weirder, less earnest, and more pointedly political than The Twilight Zone, with cappers that often leave characters uncertain and adrift—literally, in the case of the extraordinary final image of “The Man Who Was Never Born.” Which is to say that the title is accurate, as the series whisks the audience into a netherworld, pushing against the boundaries of its medium.

The first season’s plots are frequently insane, and often dramatized with a rapt seriousness that’s rarely campy. The show evokes a key tenant of the horror genre, risking ludicrousness so as to tap primordial fears that we either don’t know or don’t care to admit that we have. In “ZZZZZ,” a queen bee assumes the form of a gorgeous woman who calls herself Regina (Joanna Frank), and attempts to seduce an entomologist studying her colony. The episode coasts on the outlandish bravura of its conceit, eventually achieving a startling pathos. The narrative pivots on a realization of a wife’s worst nightmare—of someone who wonders what their husband is doing all day in his lab. What if he’s too interested in his bees? The episode’s daring resides in its lurid symbolism of irrational jealousy, and the sexual anxiety grows overbearing, particularly as amplified by the eroticism of Frank’s performance.

Infamous in The Outer Limits canon, “ZZZZZ” isn’t even one of the inaugural season’s better episodes. “Corpus Earthling” takes another ridiculous concept—talking alien rocks plan to take over the world—and spins it into a terrifying story of personal loss in the key of something like Don Siegel’s Invasion of the Body Snatchers. The episode is guided by a sterling performance by Robert Culp, who also appears in the brilliant “The Architects of Fear,” in which he plays a scientist who agrees to be transformed into an alien creature so as to scare the world’s nations into embracing unity. The creature suggests a giant insect, with a trapezoid head and huge arms, and walks hunched over like an ape. It was deemed too scary by network censors at the time, who blocked out much of the episode’s third act. And the creature is scary, for the majesty of its irrationality. One also wonders if David Cronenberg saw “The Architects of Fear” at a formative age, as the episode bears an intimate resemblance to his version of The Fly, right down to a devastating punchline that allows a woman to discern what her significant other has become.

Monsters, or “bears,” as they became known, were a famous hallmark of The Outer Limits, as dictated by Psycho screenwriter Joseph Stefano, who wrote or co-wrote 10 of the first season’s 32 episodes and rewrote and produced countless others. The monsters look pronouncedly fake by contemporary standards, existing obviously as men in costumes or makeup, or as models that can barely move—and are all the scarier for it. In “The Invisibles,” a sharp, shrewd parable of the second Red Scare, aliens are revealed to be invading the bodies of powerful politicians. The aliens resemble plastic horseshoe crabs with toupees attached to their backs, skittering on legs that move irregularly and are probably powered by batteries. These creatures make a deep gurgling sound that could in no way emit from the toy that we see in the frame—and it’s this disjunction, this alien-ness, that’s haunting.

Alien invasion is a recurring motif of The Outer Limits’s first season, and the invaders are often revealed to be working in conjunction with the American government, which uncomfortably echoes current political crises. John Frankenheimer’s The Manchurian Candidate is a profound influence on the show’s mixture of espionage and surrealism. Mutation is another motif, as risk-taking professionals often turn into monsters in order to fashion progress that’s either illusory or destructive. In this trope, we see the horror genre’s reactionary streak, as The Outer Limits often implicitly and poignantly urges humans to slow down and enjoy what they’ve already been given by life. In many of the more famous episodes, aliens are innocents who are screwed over by humankind for their technology, as in the gothic masterpiece, “The Bellero Shield,” which reveals itself to be a cover of Macbeth with a few allusions to Edgar Allen Poe’s “The Cask of Amontillado.”

Three of the season’s best episodes—“O.B.I.T.,” “Nightmare,” and “The Guests”—are merciless classics of the sci-fi and horror genres, metaphorically examining our surveillance and torture states in their infancy. Cleverly named to suggest an obituary, O.B.I.T. (short for Outer Band Individuated Teletracer) is a computer system run by an alien so as to access human thoughts and constrain us with censorship, disillusionment, and alienation. Director Gerd Oswald frames “O.B.I.T.” in hard noir angles, emphasizing oppression in close-ups of panicked faces. “Nightmare” also concerns mental invasion, as gargoyle-like aliens take human soldiers prisoner and extract information about future attacks in a war between their respective planets. Featuring a young Martin Sheen and Bill Gunn, “Nightmare” is a frank and literate dramatization of institutionalized torture, with an abstractly spare setting and a twist that indicts humans rather than aliens. In “The Guests,” an unbridled horror tale, a jellyfish-like creature enslaves its human prey in nostalgia, suggesting the escape that we might seek from the atrocities of “O.B.I.T.,” or that we presently chase in reboots of old films and TV shows.

The first season of The Outer Limits is a benchmark in television that informs genre plotting with breathtaking poetry, forging a reality that’s understood to be simultaneously expanding and fraying at the seams. The images (frequently shot by the soon-to-be-legendary D.P. Conrad Hall) merge the sublime and the uncanny with the textures of everyday life, and the music underscores unpredictable explosions of emotion while lending the monsters a sense of aural heft and tactility. The dialogue is often surpassingly lyrical, allowing a cast of rising icons to voice arias of estrangement. The first season understands humans and aliens to be united by a rising tide of fear.

In one of his audio commentaries for the set, film historian Tim Lucas describes certain reactions that he encountered online to the news that Kino Lorber would be restoring The Outer Limits for Blu-ray. Many people, die-hard fans, felt that their DVDs would be good enough, and would better honor the rough look of the show. As Lucas observes, this assumption is incorrect, and the proof is in the pudding of this stunning transfer. Once again per Lucas, The Outer Limits was shot on 35mm and was purposefully designed to resemble cinema, with a stark, florid, sensual, and highly subjective formal grammar that often suggests the work of Ingmar Bergman by way of Fritz Lang. The best episodes of the season offer a delicious and terrifying symphony of rich, very dark blacks and piercing whites—which are palpable here in a way that I’ve never before encountered. Complementing this poetry is a docudramatic awareness of faces and clothing, which this remarkably pristine, yet heartily gritty transfer also emphasizes to a degree that should be revolutionary for audiences, both of the contemporary and old-school variety. The soundtrack is sharp and intricately detailed, with a percussive, bass-rich vitality that really pops, particularly in regards to the monster sound effects.

The various audio commentaries by a collection of critics and experts—David J. Schow, Tim Lucas, Craig Beam, Dr. Reba Wissner, Gary Gerani, Michael Hyatt, and Steve Mitchell—offer a peek behind the curtain of a classic production. These critics each tackle a handful of episodes by themselves, offering exhaustive discussions of The Outer Limits and the political and cultural atmospheres that yielded it. Every actor, director, writer, and often even crew people—famous and less famous alike—is analyzed at length, along with the storied histories they have with other shows that were produced at the time. Such fastidious attention to detail provides a sketch of how productions intersected, and how those intersections nurtured a vaster Hollywood infrastructure. We’re also reminded of where The Outer Limits fits into a society that was shell-shocked by JFK’s assassination and, later, joyously greeted the Beatles. Dr. Reba Wissner devotes herself with uncommon care to the show’s soundtrack, recalling, for instance, that its memorable opening theme was recycled from Stoney Burke. “There’s Nothing Wrong with Your Television Set” is a 40-page booklet essay, written by Schow, which offers more notes on the genesis of The Outer Limits as well as capsule reviews of every episode, including discernments of when the episodes were produced versus when they actually aired. Don’t let the short list of supplements fool you: This package is an essential and mammoth undertaking.

This early contender for Blu-ray set of the year is a beautiful, painstakingly contextualized restoration of a genre- and medium-bending masterpiece.

Review: Carl Th. Dreyer’s The Passion of Joan of Arc on Criterion Blu-ray