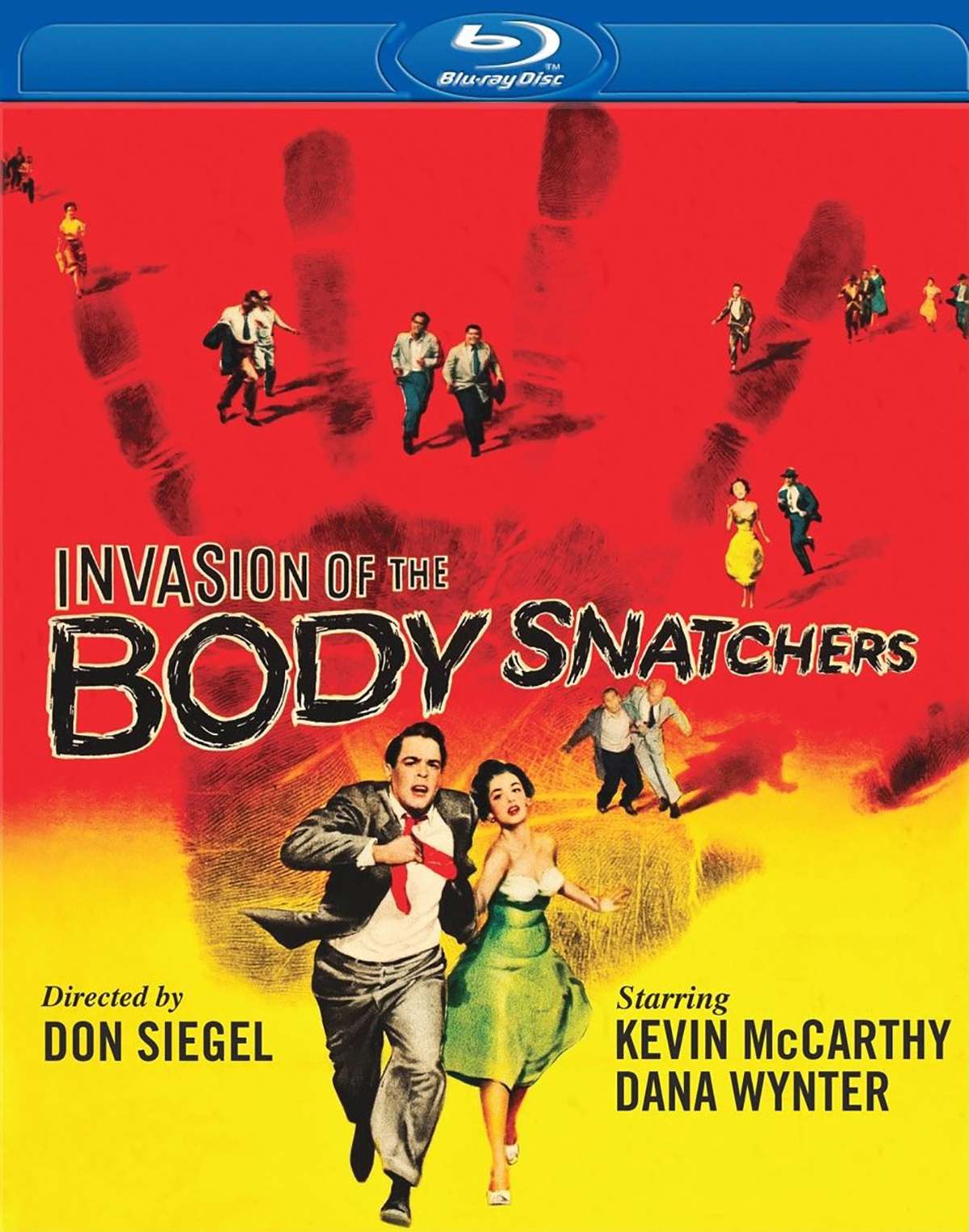 This is getting out of hand: It’s been almost 60 years since the first film of Jack Finney’s 1954 novel, The Body Snatchers, which has been made into a movie four times in almost as many decades, but we’ve yet to meet a single one of these so-called “snatchers.” I suppose that’s the point, since if they have to snatch a body, they don’t have bodies. This plays directly into the way the story, in its various adaptations, serves as a metaphorical horse to be hitched to any topical cart, the non-corporeal snatchers (presumably extra-terrestrial) view us as all-purpose vehicles for their…what? Bodies, minds, or souls? Don Siegel’s 1956 film, still considered to be the quintessential version of the story (though Philip Kaufman and Abel Ferrara’s remakes aren’t exactly chopped liver), actually conceals the answer behind budget compromises and plot holes: They are us, or we could be, if we don’t watch out.

Through the magic of Poverty Row makeup special effects—which are suitably creepy in their viscous, analog solidity—we see clear evidence that the visitors grow and distribute vegetable-like pods, each of which eventually gives birth to a vaguely person-shaped homunculus. We know that, after a time, these clay-like figures take on our features, to the last detail. We presume that these fakes are taking the place of the townspeople of fictional Santa Mira, and it’s correct to presume so, but, while the remakes are far more explicit in terms of depicting the pseudo-biological processes, in a way that allows us to make sense of the whole operation, such things don’t quite bear close scrutiny in the Siegel original. If the pod-figures become us, how is it possible that heroine Becky Driscoll (Dana Wynter) turns into “one of them,” in plain sight of hero Dr. Bennell (Kevin McCarthy)?

It’s precisely this inconsistency that makes the film’s metaphorical layer possible—a layer that’s weakened as each subsequent remake takes the bio stuff more and more literally (in the 2007 debacle, we’re even treated to CGI depictions of alien microbes taking over and doing their thing on a microscopic scale), in a bid to eliminate narrative ambiguity. The logical lapses in Daniel Mainwaring’s script for the Siegel version indicate a film without an absolutely airtight sci-fi conceit, but they also generate a narrative fog that can accommodate, as might occur in an evocative Val Lewton movie such as Isle of the Dead or I Walked with a Zombie (or, indeed, The Body Snatcher), sensations that are all the more vexing for their intangible qualities—a half-movie that takes up residence just beyond the periphery of our conscious awareness. Under the flimsy, prosaic surface of this low-budget chiller there’s the plain, delicate insinuation that the people of Santa Mira go over to the other side not because they are replaced by whole-cloth dupes, but because they changed their minds, they bought in, the pods really did make their lives better, and now they want to share their revelations with you. This is the most disturbing spin on the “invasion” premise, because it still permits the simple, classical predator/parasite interpretation, but, at the same time, makes the infiltration total, because the snatchers don’t just take your body, your memories, your brains—they take you. All of you.

Invasion of the Body Snatchers was a low-budget dynamo, one of the most profitable movies of its era. Olive Films’ high-definition transfer makes an excellent showcase for Don Siegel’s rigorously economic style: He doesn’t quite make it look like a more expensive film as he makes the best of a limited quantity of space. The Blu-ray is problem-free, presenting the movie in the short-lived SuperScope ratio of 2.00:1.

We have no need for Blu-ray supplemental features. And soon, you won’t either. And you’ll see, it’s for the best.

Nineteen fifties science fiction as a blank metaphorical check, legal tender for any “other-ness” hobbyhorse you can name. Lacking even the slightest supplemental material, Olive Films’s handsome platter leaves the viewer no choice but to come up with their own take.