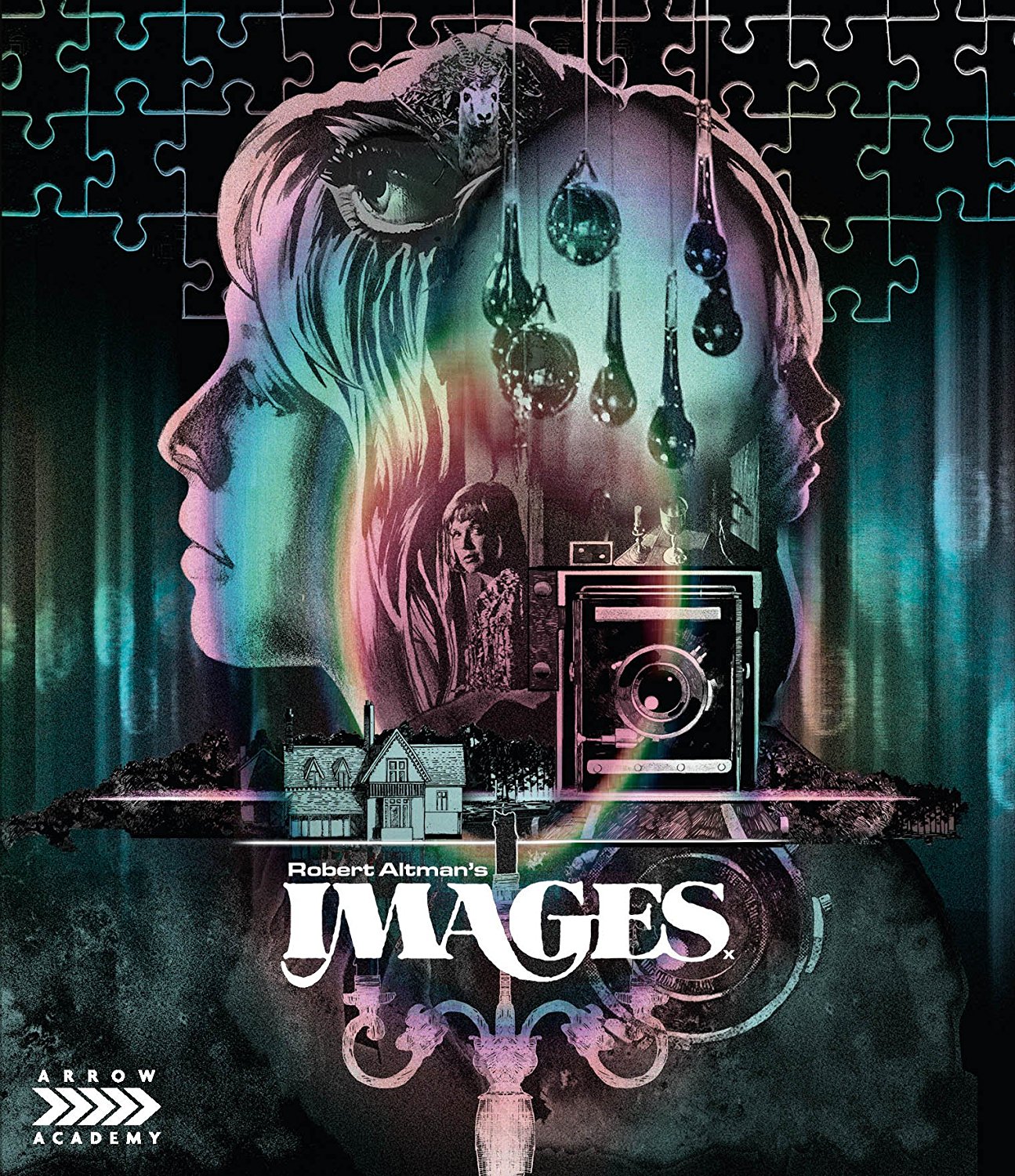 Though he fashioned one of the most original and intuitive aesthetics in cinema, Robert Altman often rooted his diaphanous reveries in recognizable traditions and iconography. McCabe & Mrs. Miller and The Long Goodbye are beautiful and visionary films, but they also broadly function as a western and a private-eye noir, respectively. Altman honored genres by exploding them, discarding expository conventions to refine his character-centric impressionism, imagining the life that exists between the grand beats of oft-told tales, and lingering with especial acuity on subjects that are uncomfortable for American cinema: failure and disaster. Occasionally, Altman tested himself by adhering to a genre closely without detonating it, embracing convention as a way of reverse engineering his usually “free” style, which, like jazz or improvisational comedy, requires more preparation and structure than is generally understood. Released in 1972, between McCabe & Mrs. Miller and The Long Goodbye, Images is such an experiment.

Images might not immediately strike one as a genre exercise, as it’s a subjective dramatization of a fragile woman’s psyche, following a famous children’s author, Cathryn (Susannah York), as she potentially loses her mind and commits murder. Utilizing a fractured narrative, the film proffers an unreliable reality that underscores the greater tenuousness and chaos of human existence writ large. It’s an art film that follows a codified set of traditions that were particularly in vogue in the 1960s and ‘70s. Altman is less interested in emotion and psychology than in emotional and psychological gamesmanship—in mind-fucking that has a rich tradition in the more obsessive and political films of Luis Buñuel, Ingmar Bergman, Roman Polanski, and Joseph Losey, to name but a few of Images’s most significant influences.

Psychological horror films of the ‘60s and ‘70s often thrive on a simultaneous resentment and celebration of money, class, and rarefied sex. The characters in these films are implicitly driven to madness for being rich or attractive, and so viewers are invited to congratulate themselves to a certain extent for watching tony art projects that both glorify and vilify sexual and material interests. Often, such films are nearly consigned to a singular setting, exacerbating a sense of psychosexual insularity, as in Persona, Repulsion, and The Servant. These films are masterpieces, though their relentlessness and purity of purpose is at odds with the mosaic pluralism of the classic Altman style, and Altman heartily embraces this constriction in Images. The filmmaker mostly restricts himself to two creepily chic and multi-planed settings and to five principle characters, grooving on York’s majestic presence while amusing himself with virtuosic nesting-doll imagery and recurring occult motifs that reflect Cathryn’s splintering sense of perception.

Though it has been interpreted in a variety of fashions, Images doesn’t feel as if it’s “about” much of anything—apart from the sexual tension existing between Cathryn, her clueless husband, Hugh (Rene Auberjonois), and a pair of her former lovers, one of whom is stalking her despite the inconvenience of being dead for three years. Compared to the precise social textures of Persona, The Servant, and Altman’s best films, Images feels cheekily flimsy, rife with suggestive compositions and symbols that serve as familiar all-purpose indicators, such as the haunting shots of wind chimes. Images suggests a doodle sketched in preparation for a greater film, and it did indeed pave the way for Altman’s deeper and more disturbing 3 Women.

Yet Images remains an enchanting and dazzling work of intellectualized style—a hallucinatory objet d’art. Vilmos Zsigmond’s sensual cinematography renders the remote Irish countryside of Cathryn and Hugh’s getaway estate as an evocative wonderland right out of a fantasy novel. As always, Altman merges sex and violence with liquid intensity, such as when Cathryn hungrily kisses the hand of her dead lover in close up, or when another man fleetingly gropes her breast. An early sequence—in which a woman continually calls Cathryn, claiming that Hugh’s cheating on her—is staged with a glancing casualness that roots a potentially derivative horror sequence in the reality of a woman’s daily routine. As he would continue to prove in films as disparate as The Player and The Gingerbread Man, Altman’s roaming, seemingly un-emphatic staging works phenomenally well in the context of a thriller, reinvigorating old cinematic tricks with dangerous spontaneity.

Zsigmond’s cinematography has a terrestrial quality that suggests a cinematic form of impressionism, which pairs well with Robert Altman’s own wandering, free-associative instincts. Most importantly, this transfer preserves this sense of materiality. There’s also a healthy and attractive grittiness here, with colors and light patterns that vary in intensity in accordance with the filmmakers’ intentions. Background image clarity is incredible, emphasizing the film’s virtuosic juggling of planes. And such subtlety extends to the soundtrack, which has a shivery, metallic ghostliness that’s governed by a memorable and uncharacteristically menacing score by John Williams. The score’s rich notes are handled well by this mix, as are the many subliminal sound cues that telegraph shifts in the protagonist’s sensory states.

The audio commentary by Samm Deighan and Kat Ellinger discusses Images through a variety of familiar scrims, though it also thrillingly aligns the film with gothic “women’s pictures” of the ‘30s and ‘40s, and even with the gialli of the ‘70s. Deighan and Ellinger prove to be as erudite, inventive, and free-associative as Robert Altman himself, and their commentary makes for an essential listen. Less essential, ironically, is a select-scene commentary by Altman himself that’s been ported over from a prior disc. The filmmaker dryly observes the techniques and details he utilizes for communicating schizophrenia, including, most subtly, the protagonist’s sudden distaste for an apple, as schizophrenics are said to have an unreliable sense of taste.

Altman is more engaging on “Imagining Images,” an archive featurette in which he freely discusses his influences, including Persona, and confirms that Images was conceived and shot in the same improvisational style as many of his other films, even if it feels more hermetic and controlled. In his appreciation of the film, musician and author Stephen Thrower refutes the notion that Images was maligned upon release, reminding us that Susannah York won the best actress award at Cannes and that the film received mixed reviews. However, the thoroughness of these supplements—cumulatively, every image and motif of Images is robustly picked over—only further convinces me that the film is a series of brilliantly intertwined riffs in search of a true reason for being. The theatrical trailer, a short interview with actress Cathryn Harrison, and a booklet with pieces by Carmen Gray and David Thompson round out an exemplary package.

Review: The Outer Limits: Season One on Kino Lorber Blu-ray