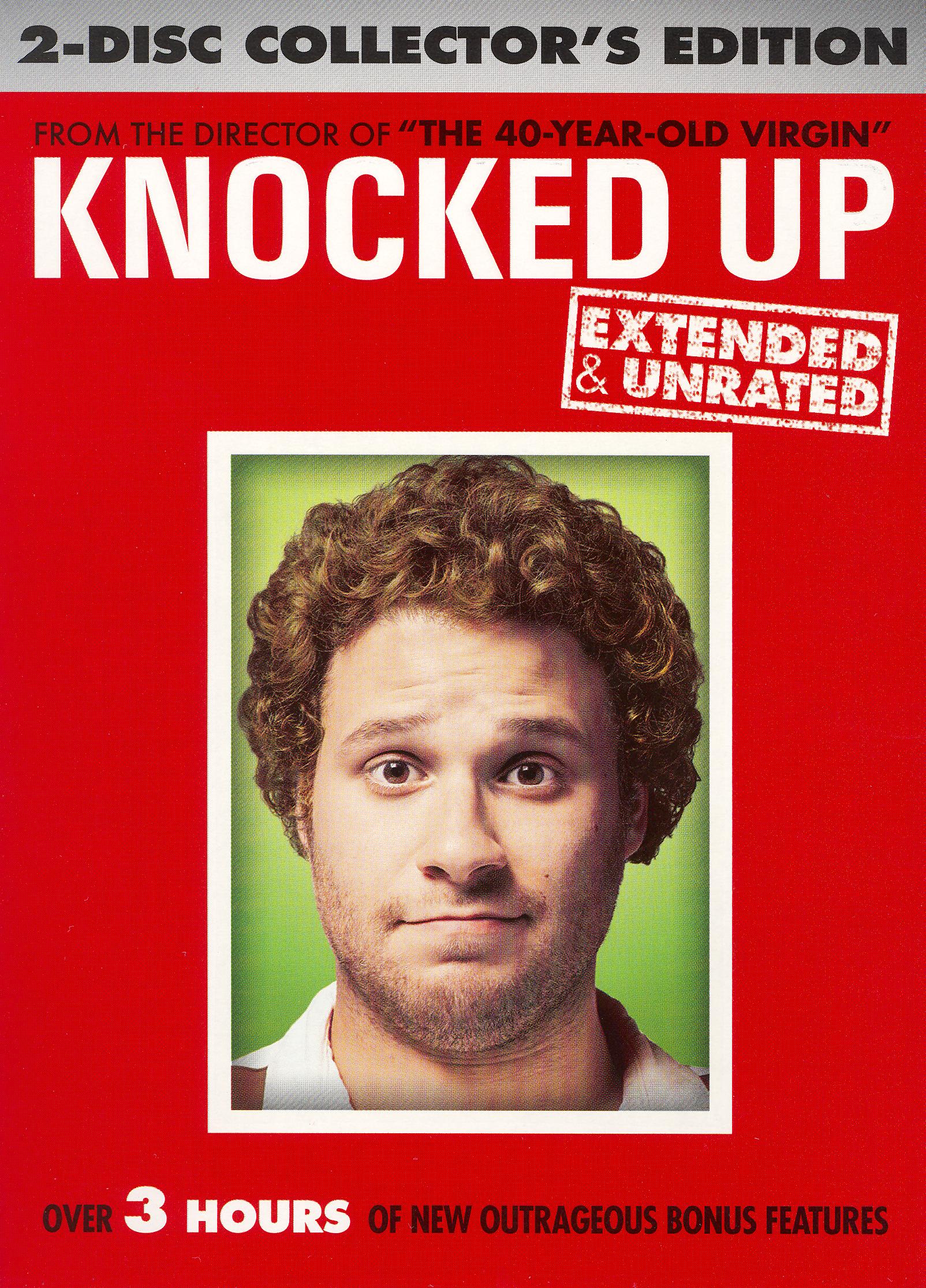 Above all other concerns, the guiding objective of comedy is to be funny. Knocked Up achieves this goal in spades. Yet what makes Judd Apatow’s follow-up to The 40-Year-Old Virgin such a consistently good time is its ability to provide sincere rom-com sweetness without sacrificing any of its lewd, profane edge. Whereas a hit like Wedding Crashers struck such a balance somewhat awkwardly—structured so that the first half was for boys-boy rowdiness, and the second half for girly-girl romance—Apatow’s latest tackles both exigencies nearly simultaneously, a considerable feat aided by the writer-director’s adept ability to wring laughs not from outrageous farce and slapstick but, instead, from real-world situations and dilemmas. Relatability is certainly a key component of Knocked Up’s inherent appeal, as it plunders for humor that most nightmarish of singles’ fears, unwanted pregnancy, via the story of Alison (Katherine Heigl) and Ben (Seth Rogen), a mismatched twosome whose polar-opposite lives are accidentally entwined by a drunken one-night stand that, due to miscommunication over use of a condom (the momentous phrase in question being “Just do it already!”), find themselves expecting a baby.

As Alison has recently been promoted to on-air talent at E! (a gig that requires she “tighten” her body), a bun in the oven isn’t in the cards, and especially with a slob like Ben, whose life consists of getting high and “working” with his grungy housemates on a start-up celebrity nudity Internet business. Still, narrative demands require that Alison keep the child, a decision that leads her to try to fashion a relationship with the immature Ben, whose uncouthness is the catalyst for most of the film’s odd-couple jokes. As they attempt to fall in love while coming to grips with the monumental responsibilities pregnancy and marriage portend, Apatow amplifies his dynamic-of-contrasts by providing the duo with spousal/parental role models in the form of Alison’s strong-willed sister Debbie (Leslie Mann) and her similarly unhappy, wisecracking husband Pete (the typically brilliant Paul Rudd). The tensely married couple is struggling mightily to maintain sanity and sexual intimacy amid child-raising (“Marriage is like an unfunny version of Everybody Loves Raymond” is how Pete sums up his life), troubles which are foreign to Ben’s slackerdaisical buddies (scene-stealers Jonah Hill, Jay Baruchel, and Jason Segel), whose juvenile interactions with each other resonate with a side-splitting blend of offhand nastiness, imaginative profanity, and casual pop-culture references.

Apatow’s direction amounts to little more than mundane setups and a few shaky camera jitters during doctor’s office incidents, and his screenplay never truly justifies Alison’s borderline-immediate love for Ben nor convincingly dramatizes the 23-year-old Ben’s desire to grow up and embrace accountability. And yet the plethora and sharpness of Knocked Up’s hilarious moments—most of which involve Rogen, flashing pudgy charm and clever wit in his first leading role—is arresting, from Ben and friends’ constant insults about a roommate’s scraggly beard, to his impending fatherhood-inspired disgust with the reckless irresponsibility of Cheaper by the Dozen, to a riotously astute love scene between Ben and a very pregnant Alison. Equally comfortable indulging in stoner gags and drolly mining relationship issues (feelings of insecurity, the conflict between individuality and togetherness), all while never skewing too heavily toward one mode or the other, the film is close to an ideal date movie, deftly offering “his” and “her” pleasures while also speaking to its with-child audience members (in other words, those familiar with “bloody show”). In fact, so successful is Knocked Up at providing something for everyone that, by its surprisingly graphic finale, it even proves to be a potential alternative for high school biology teachers tired of showing students The Miracle of Life.

The image is crisp and clean, boasting accurate skin tones and pleasing color saturation, but jagged edges abound and shadow delineation leaves something to be desired. As for the audio: Since sound only matters to Judd Apatow on a purely dialogue-driven level, I am happy to report that you can hear every syllable that comes out of everyone’s mouth.

The commentary track by Judd Apatow and actors Seth Rogen and Bill Hader also features special appearances by “Al Pacino,” “Peter O’Toole,” “Michael Richards,” “Peter Falk,” and “Vincent Price,” among others. If Hader’s impersonations are not enough to get you wet, there is Rogen, who is hilarious in his own right, especially when discussing what his penis did when it came near Katherine Heigl’s vagina for the first time. Also on disc one: 14 mostly hilarious deleted scenes (including Jonah Hill’s vulgar takedown of Brokeback Mountain-the best review of that movie to date), four extended/alternate scenes, “line-o-rama” (which amusingly distills a number of scenes from the movie to their funniest bits), a gag reel, a short documentary that focuses on Apatow suckering a nervous Jay Baruchel onto a rollercoaster, an unfunny documentary skit with Bennett Miller supervising Apatow on the set, a Loudon Wainwright III performance of “You Can’t Fail Me Now” at McCabe’s, and a topless version of the scene set inside the web design company.

I recommend you wait a day before checking out all the extras crammed into the second disc: 14 more deleted scenes (not as funny as the first batch, but stick with it until the end or you’ll miss Jodi’s brilliant “Baby” song), eight extended/alternate scenes (highlight: Jonah’s extended freak-out at the hospital, which culminates with a ludicrous anti-baby barrage), Apatow’s video diaries, a montage of Apatow’s kids freaking out on the set, two unfunny Kuni-related skits, a tiresome featurette on a sixth roommate (Gunny) cut from the film, two more gag reels, “line-o-rama” part deux, “Finding Ben Stone” (which shows all the other actors “considered” for the part of Rogen’s character performing scenes from the movie with Heigl and being reprimanded by Apatow; YouTubers will remember the amusing Michael Cena bit that made the rounds earlier in the year), a behind-the-scenes look at the film’s stripper scene, a beard-o-rama featurette that composites the film’s beard-related jokes, a peek inside Wainwright III’s scoring sessions, followed by two more McCabe’s performances (of “Grey in LA” and “Daughter”), Hill explaining what he’s going to think about during his first sex scene, a topless version of a restaurant scene, extended raw footage from two scenes, and Heigl’s audition tape.

The ridiculous amount of extras packed into this two-disc DVD expand on the film’s humor to unprecedented and at once hilarious and completely unnecessary degrees.

DVD Review: Kenneth Branagh’s As You Like It on HBO Video