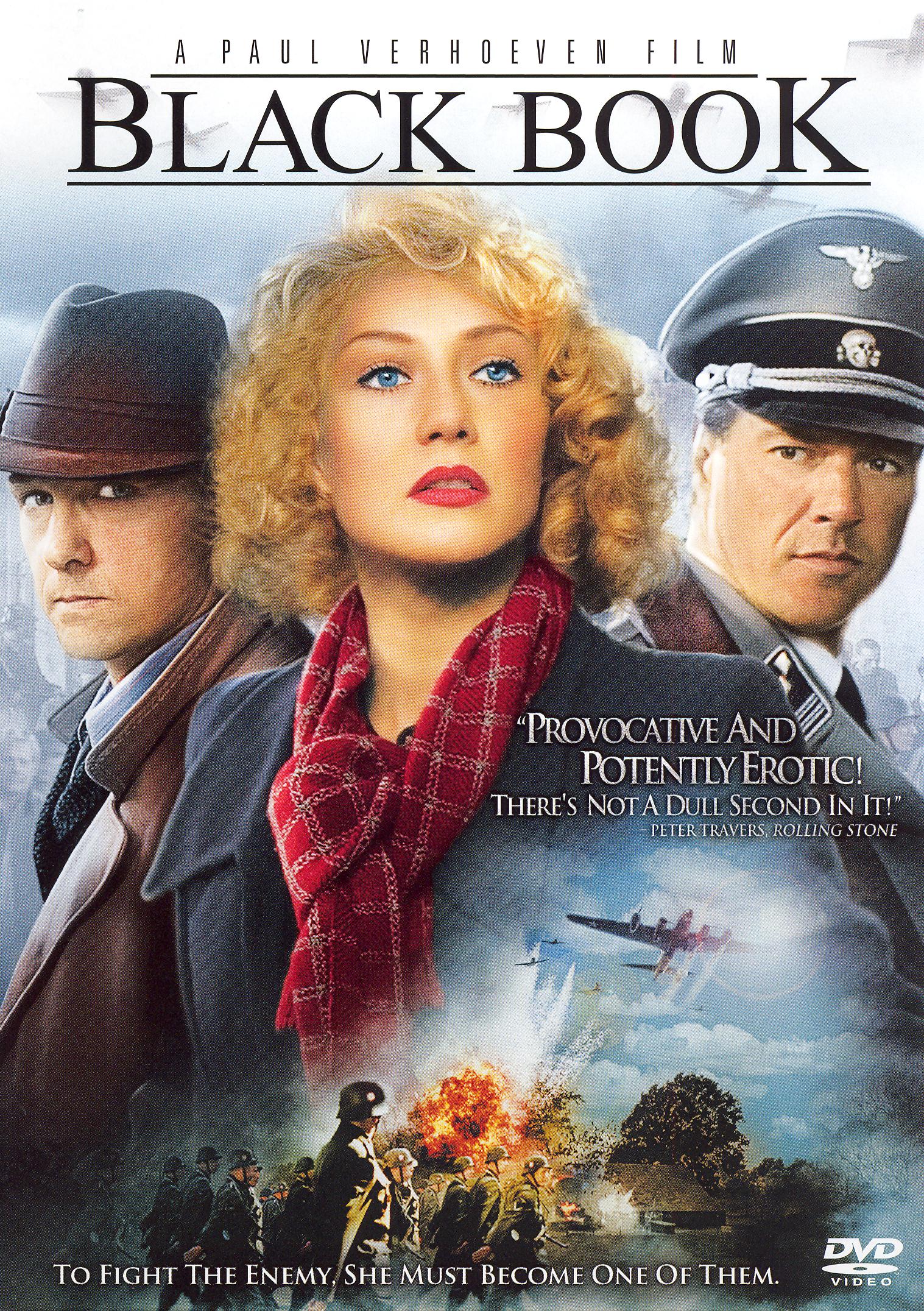 Designed to please fans of Soldier of Orange and Showgirls (and perhaps to apologize for their transgressions), Paul Verhoeven’s Black Book may end up disappointing everyone. Based on true events but not a true story (at least according to a sly Verhoeven), the film imagines Nomi Malone’s vagina dentata laying waste to the Nazis. This is an enticing proposition, except this voluptuously directed epic crumbles beneath the weight of its well-oiled but mechanical plot. Clarice van Houten is Rachel, a pretty young Jewish girl whose hideout in the Netherlands is bombed while she sunbathes on a nearby wharf. With the help of a man who claims to be part of the resistance, she goes deeper into hiding only to see her entire family (and boyfriend) shot down by the SS. From there it’s one impossible close call after another, a two-hour-plus thrill ride that has Rachel joining forces with the resistance, changing her name to Ellis and dying her hair (and pubes) in order to spy on the Nazis, and falling in love with a high-ranking SS officer. Staked to the rafters with double-crossings and red herrings (no stamp collection or chocolate bar will be without purpose), Black Book does not starve for intrigue, but its thrust can be exhausting. Because Verhoeven allows for little feeling between his tightly-wound set pieces, asking us to marvel at the film’s machinations as we might a cute boy or girl thrusting up against a pinball machine (which is to say with great physical desirability but a discernable lack of emotional attachment), the characters do not scan beyond archetypes. (From the periphery of Ellis’s adventures, we catch flip cartoon glimpses of characters suffering through personal crisis, as in the young Catholic man who goes berserk after he kills a man for cursing.) Verhoeven is interested in the idea of Ellis’s sexual agency as a weapon of mass destruction but doesn’t care to clarify where the woman’s natural feminine wile ends and where her artificial Mata Hariness begins. And though there is always a sense that Ellis is exercising her leverage as a woman on her own terms, it’s still a confounding road from the moment she hitches up her skirt to tease a cat-calling group of soldiers and the humiliating spectacle of a cauldron of shit being dumped on her naked body. In the end, she is not unlike the film itself—a creature of fierce action but vague instincts.

Color saturation is bold, skin tones are accurate, and shadow delineation inspires awe-in short, an image that is as voluptuous as Carice van Houten’s performance. The audio is immersive, with great dynamic range and active surrounds.

After curiously rattling off a list of some of his films, Paul Verhoeven settles for explaining whatever is happening on the screen at any given time. Stick with it and you’ll be rewarded-by the director’s pronunciation of “vagina” and “balls” and remembrances from his youth. During an early kitchen-set sequence, Verhoeven recalls the awful watery soup he had to drink during war, made of sugar beets or tulips; later he remembers the rapture of dancing around a sausage when he was seven, though it remains unclear if it was a single sausage link or an entire cartoon-like chain of them. Rounding out the disc is a standard making-of featurette and a bunch of previews.

Finally, a Verhoeven film your mother and father can rally behind. Compromised, yes, but still a necessary experience for anyone who’s been starving for a new film from the director since 2000’s Hollow Man.

DVD Review: Kenneth Branagh’s As You Like It on HBO Video