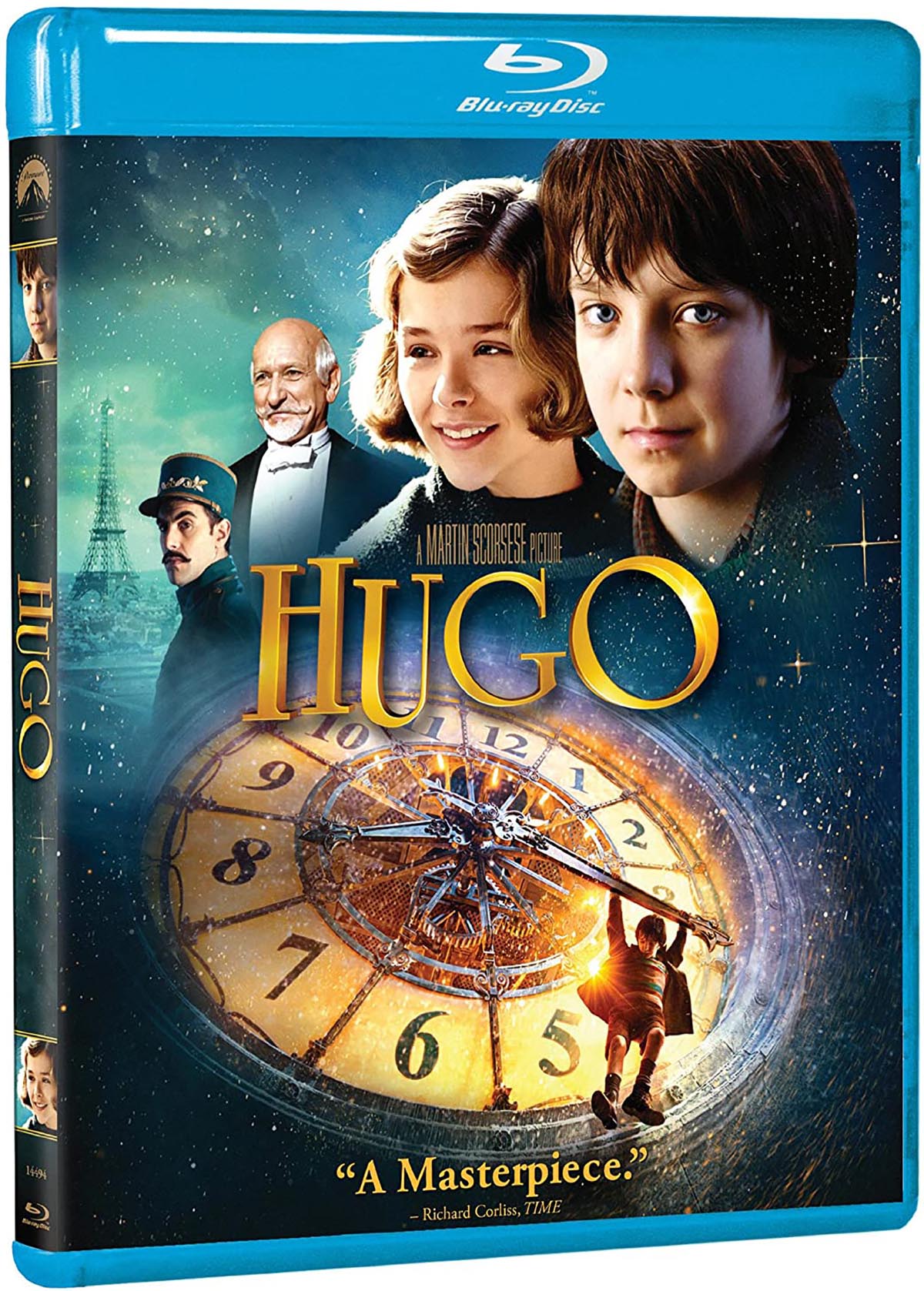 Somewhere in the middle of Martin Scorsese’s Hugo, the titular young boy (played by Asa Butterfield) dreams of a catastrophe in which a steam train runs over him, careens through the Gare Montparnasse station, and takes a nosedive into the street outside. While it isn’t made clear, or mentioned at all after he wakes up, the disaster he dreams about is based on a real crash at the same station that happened in 1895, mere months before the public exhibition of the Lumière brothers’ seminal actuality film, Arrival of a Train at La Ciotat. As the persistent but largely embellished filmic chestnut has it, audience members who first witnessed the Lumières’ cinematographic train fled the screening room in a panic, reacting as if they were in real danger of being run over. If you “print the legend” regarding these perhaps apocryphal, panicking spectators, it’s not too much of a strain to speculate that images of the Montparnasse disaster were still fresh in the minds of said attendees. That’s just one “Easter egg” for cinephiles to extract from Hugo, a film that’s constructed of almost nothing but Easter eggs. Another in a decade-long string of disappointing pictures from the once-mighty Goodfellas director, Hugo is a crushingly pedestrian paean to “the magic of the movies” that, in its few shining moments, plays like a speculative film called A Personal Journey with Martin Scorsese Through Silent Movies. For the most part, it’s imbued with the kind of limp, seal-of-approval myth-making Scorsese would once upon a time have crossed the street to avoid in films such as The King of Comedy, The Age of Innocence, even the expensive, candy-colored flop that was New York, New York.

Ever since Bringing Out the Dead, his last truly strange film, it’s started to become more and more challenging to figure out the measure of Scorsese’s personality in the framework of each film. From a content point of view, it’s easy: you have his salute to Val Lewton’s emotionally rich spookfests with Shutter Island; his tribute to the royalty of classical Hollywood and mid-century American genius in The Aviator. Then there’s Gangs of New York, the years-in-the-making passion project, and The Departed, a little something for fans of the bad ol’ days of his ultra-violent gangster pictures. Hugo filters the (admittedly righteous) Film Foundation agenda into a Polar Express-style kiddie cinema-ride. Sadly, like the other post-millennium fiction films, there’s the nagging feeling that he doesn’t believe a frame of it.

Broadly speaking, Hugo is two films in one. There’s the one about “the adorable little moppet who warms the heart of the grumpy old man,” a tradition dating back to such unendurable imports as Claude Berri’s The Two of Us and Jan Sverák’s Kolya. By itself, this movie would get a pass from no critic living above ground. But this is Scorsese, so there’s the other layer: old movies, cinema, celluloid, when the lights go down, Chaplin, Keaton, Griffith, Louise Brooks, Feuillade, forever and ever amen. If you deflected the “moppet” business, this ought to be armor-piercing stuff.

Speaking for myself, I’m just wild about Georges Méliès, not just for all that stuff about him being the grandfather of movie magic or special effects. Being first at anything—often a questionable proposition to begin with—doesn’t make an artist great, it just makes him first. Nor is Méliès great just because he made in-camera splices and rigged pyrotechnics to make it easy to believe a horde of skeletons went up in smoke when struck by swords. Or that Smashing Pumpkins video. Like only a few filmmakers in any era, the peculiar quality of his work, the intangible spirit that makes his mise-en-scène feel just a little bit more electric than that of his contemporaries (or the putative heirs to his legacy), concerns qualities of rhythm and image composition that he managed to sustain across hundreds of short films.

Scorsese knows the lay of this land very, very well. In A Letter to Elia, a deceptively modest essay film (co-directed by Kent Jones) about Elia Kazan that is nevertheless, compared to his feature-film output over the last decade, a white-hot ball of passionate cinephilia, Scorsese persuasively, patiently, and cogently argues for the auteur status of the controversial figure through carefully chosen clips and precise, descriptive language. With Hugo, the sarcophagus of a genial, $150 million panorama of gooey marzipan really doesn’t accommodate such dissident impulses as examining and questioning and peering behind the curtains.

Of course, I can fully expect to be asked, “Why must you prosecute the film on charges of what it isn’t, why can’t you evaluate it for what it is?” Well, okay, but what is it, exactly, besides a big hulking wad of vague feeling “about the magic of the movies,” a suspiciously unexamined phrase, as has been consistently noted in enthusiastic and grudgingly respectful reviews alike? What happens when you start pulling at the unsatisfactory stitching, like the overdetermined pathology (and unfunny clowning) of Sacha Baron Cohen’s station inspector, the insoluble emotions (Upset About the Past, Gazing in Wide-Eyed Wonder, Near Tears), the pointlessly protracted climax disguised as a Harold Lloyd homage, and so on? What’s up with that What Lies Beneath-ish moment where there seem to be ghost shoes walking over Chloë Grace Moretz’s face? Hugo’s celebration of Méliès doesn’t celebrate form, it celebrates celebration—a movie that gives itself a standing ovation, for giving a standing ovation. All of which boils down to conspicuous consumption by another name. Even if you excuse the film based on its inoffensiveness, isn’t Toby Tyler, or Ten Weeks with a Circus a little inadequate as a prism to refract the wonders of the early-cinema pioneer into the upturned gaze of contemporary viewers?

Martin Scorsese’s first foray into high-definition digital video, Hugo looks predictably fantastic on Paramount’s Blu-ray disc. Most of what we see on the screen has been, in effect, subcontracted to special-effects departments of different specialties (green screen, miniatures, 3D rendering, and so on), and it’s been designed to the hilt, but it also looks a lot better in 2D: You get a better sense of line, and it’s less insistent in its ostentatious “world-building.” The Blu-ray/DVD release contains a fine 7.1 DTS-HD Master Audio track—everything you need to feel like you’re putting on a DLP show in your living room.

A variety of featurettes, but it looks like they took one mass of ready-made promo footage and subdivided it by emphasis: a general “everyone says how great it was working with so-and-so” gabfest, a behind-the-scenes look at the train crash, a perfunctory look at Georges Méliès, and a heavily-Wikipedia’d short subject on automatons throughout history. Supplemental shorts appear on the Blu-ray disc only.

A disappointing slog from the artist formerly known as Martin Scorsese gets a predictably perfect high-def standing ovation.