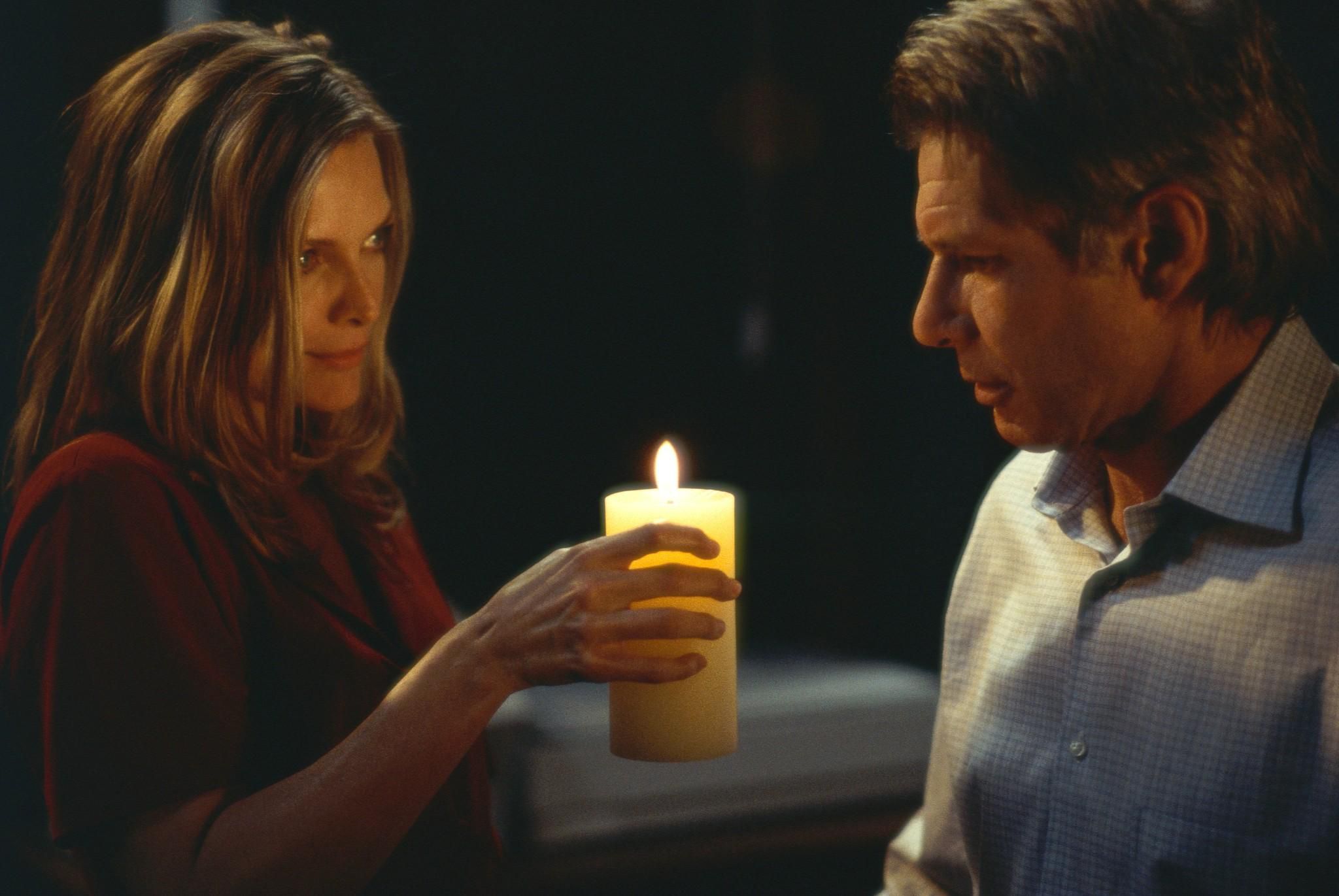 Robert Zemeckis shot What Lies Beneath while waiting for Tom Hanks to lose excess body fat between first and second round shoots of the remarkably understated Cast Away. Despite a suspenseful jolt or two, this cornball Hitchcock riff is anything but subtle. New England life always looks good in the movies (spacious homes near sparkling lakes; boats bopping on the horizon; strategically placed wharves), and Zemeckis so painstakingly evokes the normalcy of this hot-apple-pie milieu that the only thing missing is the accompanying Odorama scratch-n-sniff card. Nothing wrong could ever happen here, especially if you’re a genetic engineer named Norman Spencer (Harrison Ford) with a wife as voluptuous as the lonely Claire (Michelle Pfeiffer). What better time then for the skeletons to come rattling out of their closets and scare Claire out of her happy domesticity than when her daughter goes off to college? Throw in a ridiculous red herring subplot and you have what amounts to a Gen X Rear Window. When Claire collapses on the floor, Zemeckis’s camera zooms toward her only to back peddle and drop into the ground by the time it gets to Claire’s face. What Lies Beneath has been seemingly pieced together from similar such overwrought tricks of the camera. To her credit, Pfeiffer keeps her cool despite the film’s punishing artificiality.