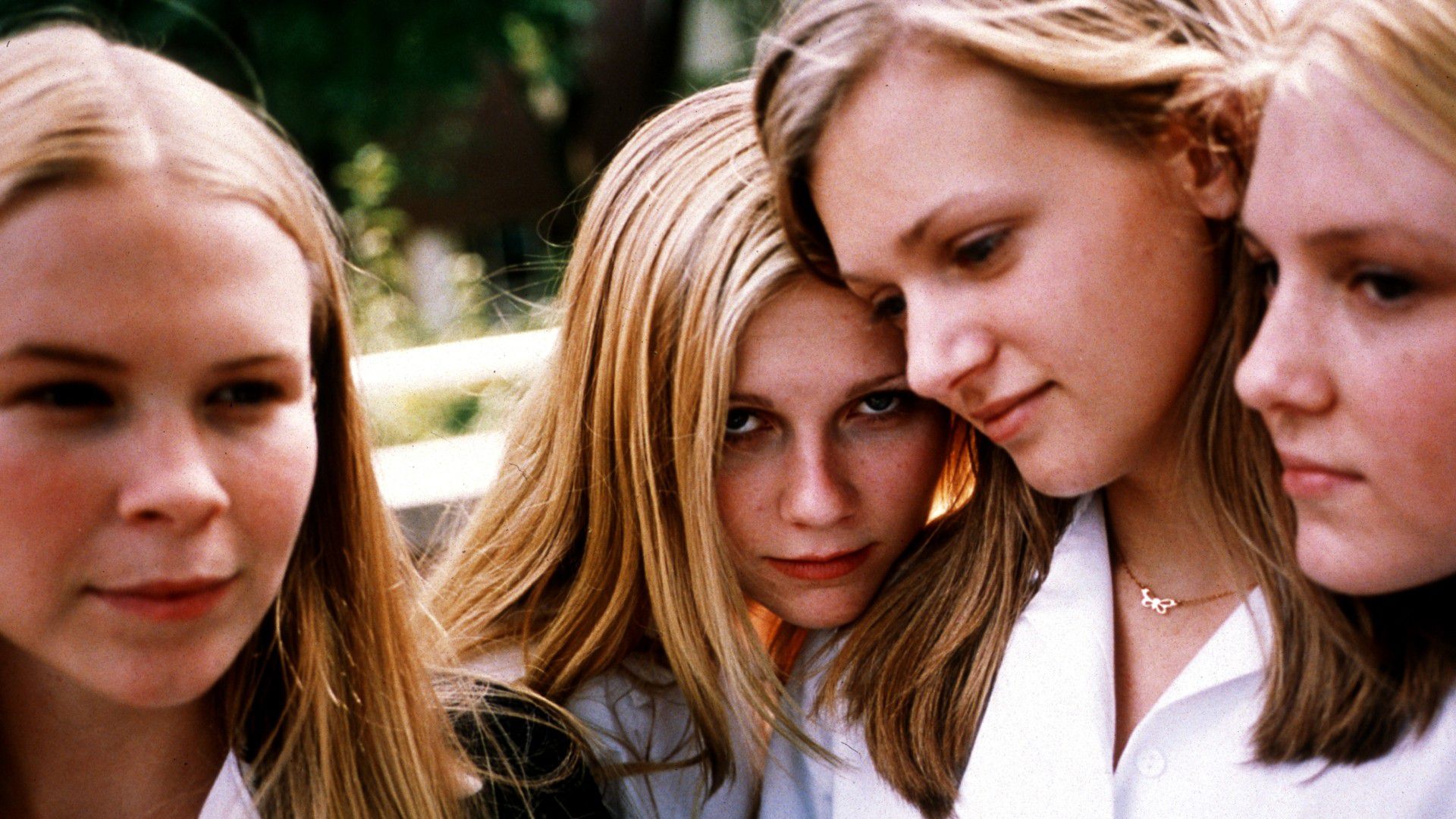 It makes sense that the décor inside the Lisbon home is so bland. It’s never garish in that kitschy ‘70s kind of way (like Allison Janney’s living room in The Ice Storm). Much like Frances McDormand’s doting mother from Cameron Crowe’s overrated Almost Famous, Mrs. Lisbon (Kathleen Turner) desperately tries to find a scapegoat for the adolescent angst festering inside of her home, placing blame on the popular music that her daughters listen to. Director Sofia Coppola doesn’t portray her character as some fanatical conservative though one can blame the death of the woman’s daughters on her obsessive notions of familial security. Throughout the film, she hovers quietly in the background—her watchful gaze more menacing than her actual actions imply. The fact that Mrs. Lisbon believes that her dead daughters “never lacked in love” suggests a woman completely blinded by the nature of her maternal instinct. The Virgin Suicides is narrated omnisciently by a group of men who knew the Lisbon girls 25 years ago. After the suicides, the boys made it a mission to collect scattered items from the girls’ lives. Once Lux Lisbon (Kirsten Dunst) abandons curfew, the four living Lisbon girls (the fifth sister, Cecilia, killed herself one year earlier) are imprisoned inside their house by their mother (Turner, in post-therapy Serial Mom mode) and their pussy-whipped father (James Woods). The doting father is so burdened by grief that he speaks to plants about their photosynthetic processes. The performance (arguably the actor’s best) is sad yet brimming with life, much like the film itself. The film’s narrators are forced to entertain the girls by providing them with their restricted pleasures. The boys call the girls on the telephone, letting them listen to the music that plays on their stereo. But as much as the boys desperately try to understand these girls, the girls remain but a distant memory. Although Edward Lachman’s gorgeous cinematography contributes to the film’s nostalgic glam, Coppola’s dreamy paean to stilted adolescence has a universal appeal. Gracefully surreal, the film says as much about the mysteries of female sexuality as it does about what lies behind troubled picket fences. Coppola waxes poetic on female subjectivity, dreamily detailing the imprisonment of girls whose boys desperately try to understand them. The narrator speaks of youth as if it existed and still exists in a near-fugue state. In this respect, the film is as much a relevant view of adolescence and male/female relations as it is an act of remembrance. Scenes from the film (first kisses, gossiping about neighbors) are sinewy in nature and seem lifted from the pages of a lost photo album.