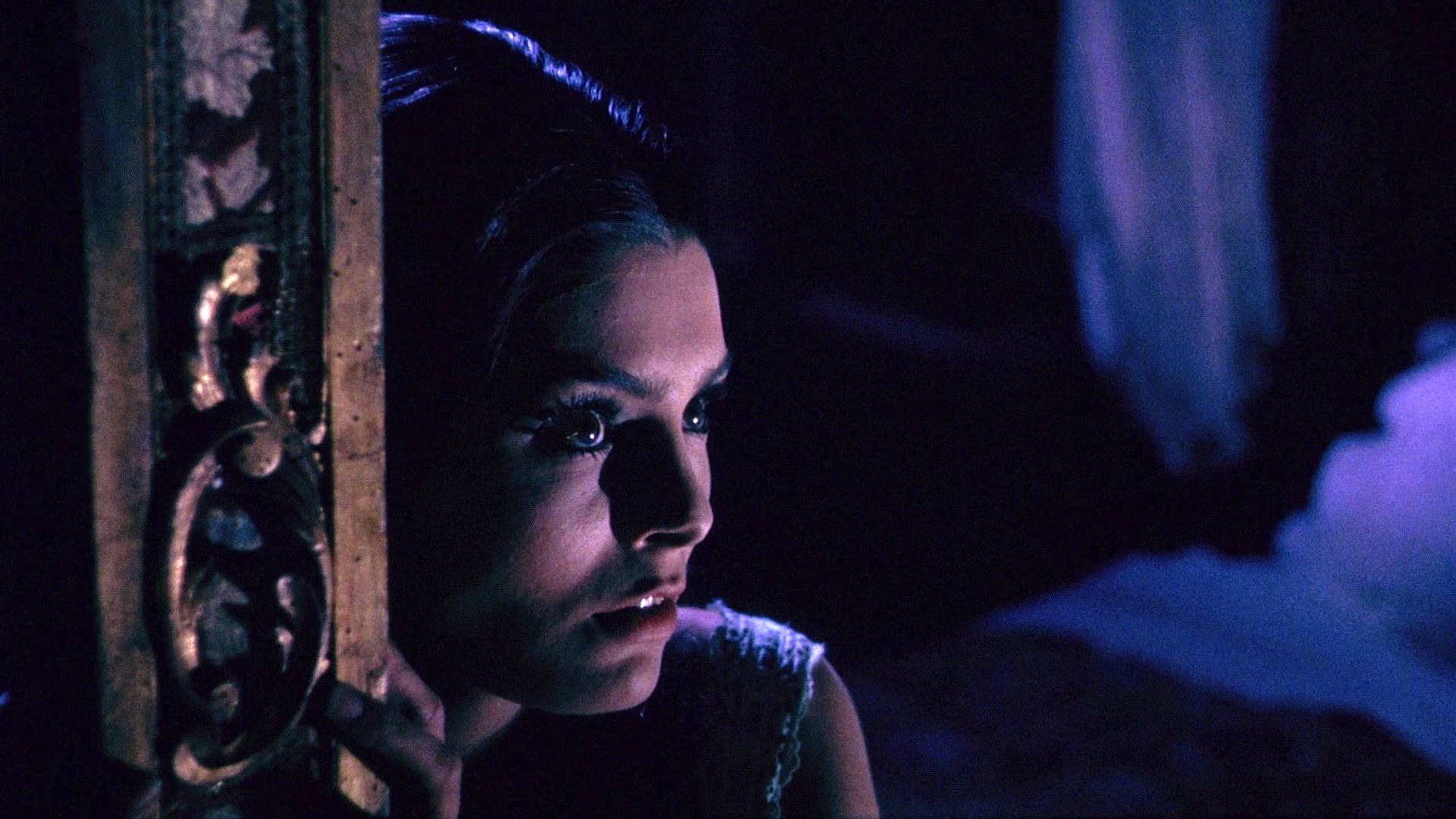 Widely considered the father of the Italian giallo genre, Mario Bava has influenced the likes of modern-day giallo directors Dario Argento and Lucio Fulci, as well as Martin Scorsese, David Lynch, Guillermo del Toro and, most especially, Quentin Tarantino. The Whip and the Body is a gothic horror fantasy that finds Bava at the peak of his visual prowess. Though the giallo genre is often known for its reliance on graphic violence, Bava’s film is noticeably tame. What with its captivating lighting schemes, ghostly death sequences and lurid compositions (passageways are downright vaginal), it’s no wonder that Bava’s fetishistic film has attained cult status. Kurt Menliff (Christopher Lee) has returned to his father’s castle only to find that the servant woman (Harriet Medin) has developed an inexplicable fondness for a glass container with a dagger inside. The woman’s daughter died long ago and the old bitty blames Kurt for her death; she longs for him to suffer like she did. It’s easy to loose sight of the film’s obsessive themes of revenge and familial responsibility amid the parade of fetishistic set pieces. While walking on the beach, Kurt pulls out a horse’s whip and begins to beat Novenka (Daliah Lavi). She lies on the beach, clothes-torn and wailing with pleasure. As the couple engages in their S&M love play, their terrified steed tries to avoid the advancing tide. Kitschy and ironic, The Whip and the Body is at once frightening and hysterical, a gothic rendition of a D.H. Lawrence tale.