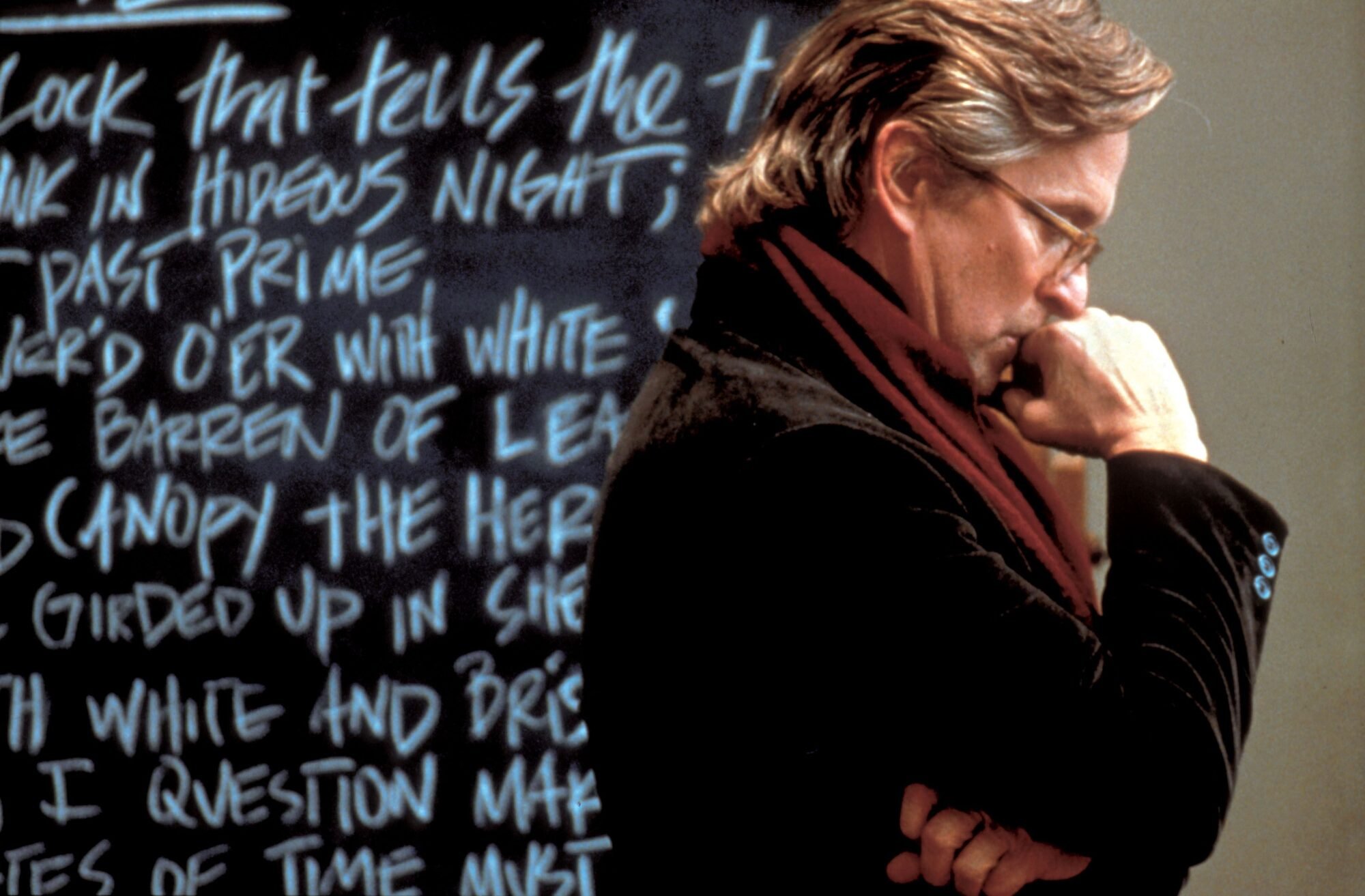 Curtis Hanson’s remarkably warm and understated Wonder Boys explores academic life at a Pittsburgh college and the bonds that build between a group of emotionally frustrated men over a series of chaotic events. English professor and ganja-addict Grady Tripp (Michael Douglas) hasn’t produced a novel in the seven years after his successful Arsonist’s Daughter was released. It’s a testament to his talent as a writer that everyone from a precocious student (Katie Holmes) to a fellow professor (Rip Torn) still fawns over Grady whenever they get the chance.

The depressed James Leer (Tobey Maguire) readily joins his professor on a quirky little journey to normalcy. Enter third wonder boy: Terry Crabtree (Robert Downey Jr.), Grady’s neurotic book editor, whose job is on the line now that Grady doesn’t know how to “end” his new 2,000-page-plus epic. It’s not so much that Grady is ganja-happy as much as he doesn’t know how to deal with the turmoil in his life. Grady succumbs to the memory of his third wife and mishandles his relationship with his mistress Sara (Frances McDormand), who reveals she is pregnant with his child. At a party hosted by Sara’s husband (Richard Thomas), the queeny Terry is stricken by James’s uncanny ability to alphabetically recite the methods by which numerous celebrities committed suicide. Hanson remarkably traces the lives of these broken men as they overcome their isolation and commit themselves to each other and their work. Grady throws out the ganja and James grapples with his isolation and sexuality. The overall effect is like opening a present on Christmas morning.