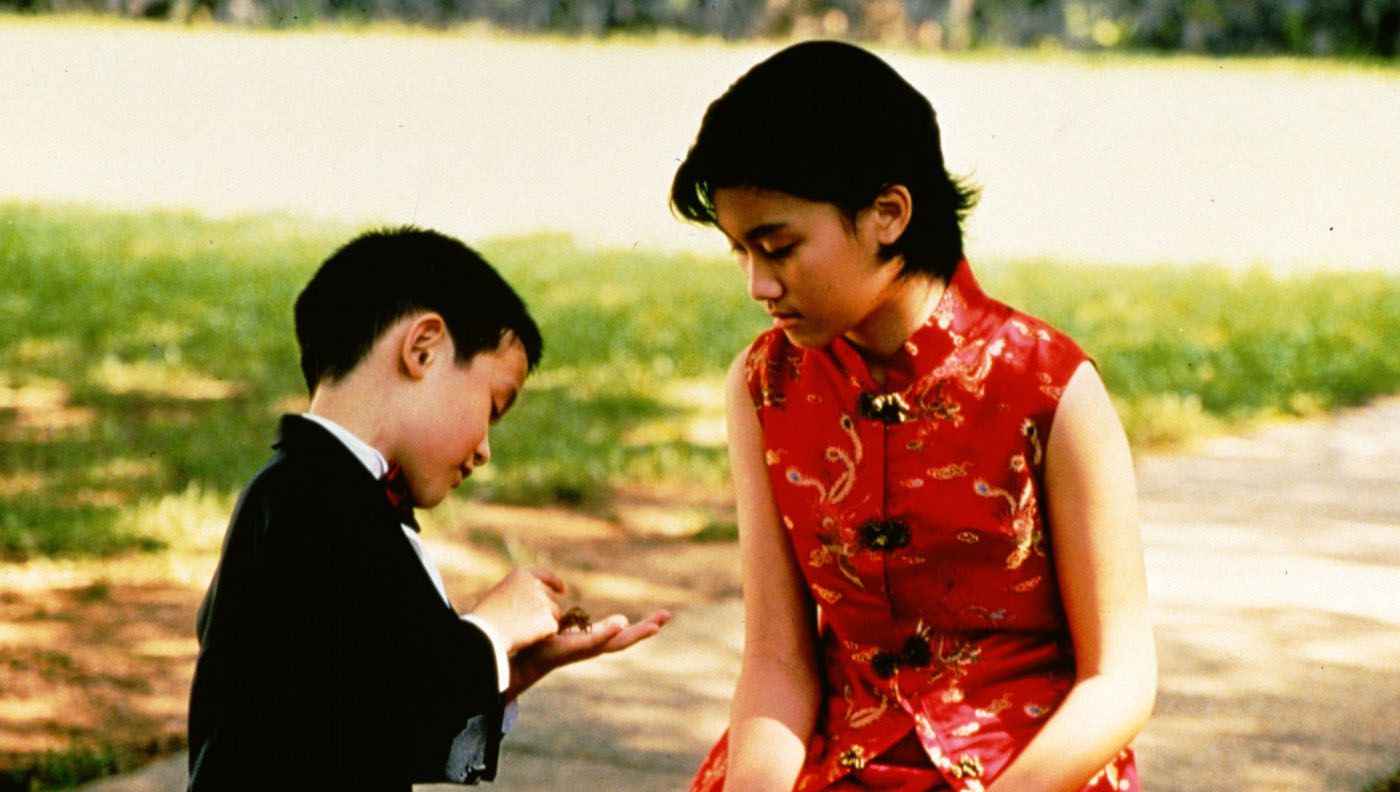 Edward Yang’s Yi Yi is a celebration of cultural identity and family interaction. The film’s brilliance emanates equally from its structure (the story is delicately bookended by two cultural rituals: a wedding and a funeral), the acuteness of its gaze, and Yang’s acknowledgement of life as a series of alternately humdrum and catastrophic occurrences, like a flower that blooms in the summer and wilts in the fall; he hopes you will notice it, because seeing is what validates its unique extraordinariness. With the help of his camera, young Yang-Yang (Jonathan Chang) attempts to come to grips with the many dualities of the world around him. He takes pictures of people’s backsides because he wants to show them what they cannot see. His desire is representative of the film’s very philosophy: there is a second side to every story, and the perception of that side promises new awakenings. Yang-Yang’s father NJ (Nianzhen Wu) must confront the reasons why he abandoned his ex-lover at the altar when they find themselves growing closer again. He acknowledges and frees himself of pent-up pains and admits to still loving her. Though she leaves him this time around, her actions are not vengeful. This transcendent moment suggests that the past cannot be undone and that NJ’s only hope is to improve upon his present. NJ’s cycle of enlightenment ends with the death of his wife’s mother, the family matriarch from whom everyone seemingly draws their every breath. Most appreciative of the old woman’s loving warmth is NJ’s daughter Ting-Ting (Kelly Lee). A flower is the evocative symbol of the girl’s headlong search for inner peace. Her fellow classmates laugh at her for overfeeding it but the wilted plant comes back to life after a divine encounter with her grandmother. It’s a remarkable moment that conveys the transcendence of the flesh and the transmigration of energies between the living and the dead. This is the essence of Yang’s masterpiece, a film whose profound emotional and cultural resonance brings to mind Robert Altman’s Short Cuts.