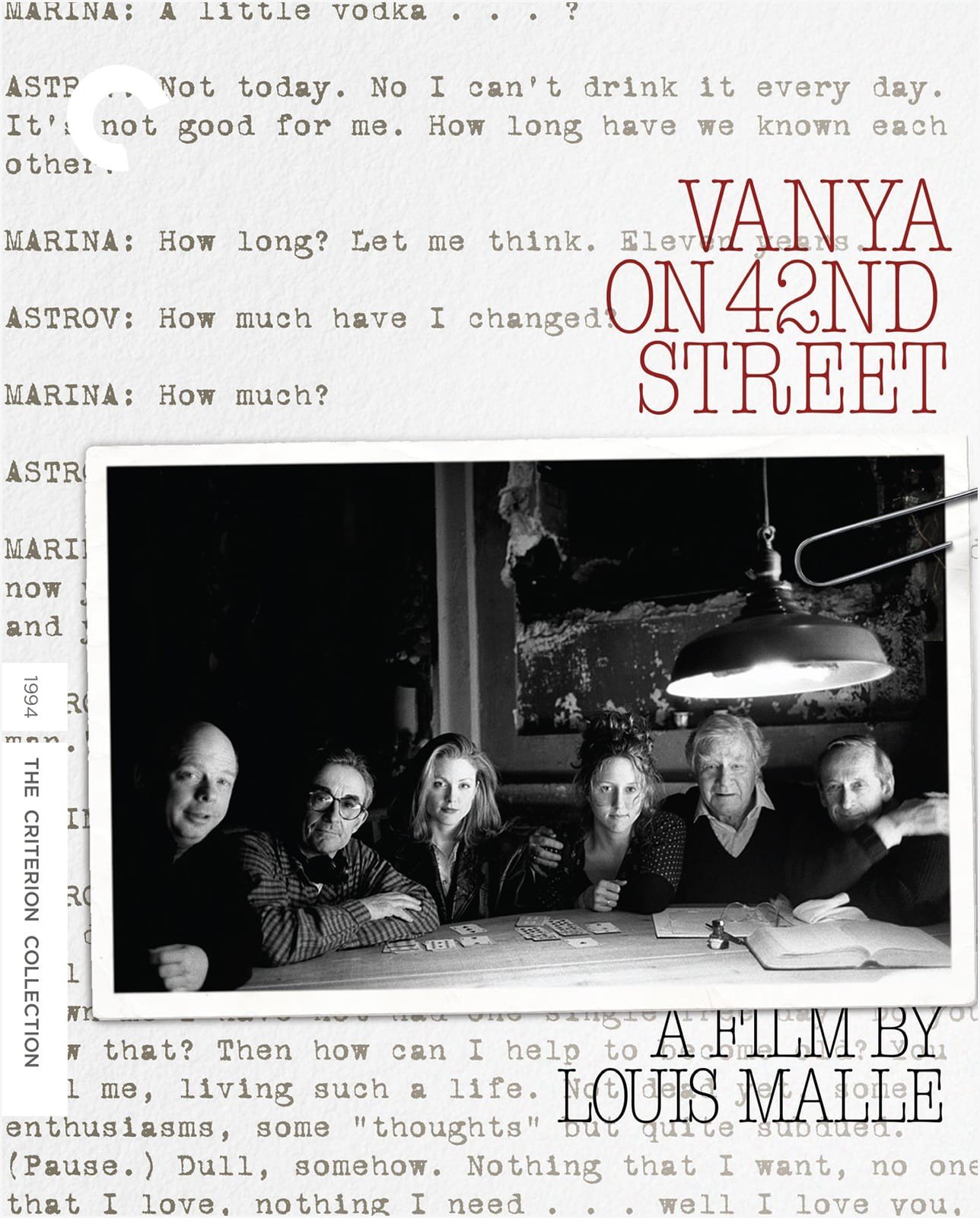 Despite its association with the tragedy of human futility, which, in turn, has become the de rigueur scope of all serious drama, in a sense, Anton Chekov’s career-defining Uncle Vanya was a moderate rewrite of his earlier comedy The Wood Demon. There are vestiges of that much less guttural, and less universal, exploration of class impotence throughout the Uncle Vanya performed today; it’s not too hard to laugh at the playful if cobwebbed love triangle that emerges between Astrov, the rural vicinity’s quasi-doctor, the titular estate manager, and Yelena, the new and until recently nubile bride of Vanya’s late sister’s husband. (Her senescent spouse, the washed-up professor Alexandr, is hilariously harried by hypochondria and oblivious to all the hollow advances made toward his trophy wife in both texts.)

In fact, the only severe distinction between the two plays, besides the aggressive paring down of secondary characters to Uncle Vanya’s venomous few, is in the rendering of the climax. When the long-suffering Vanya—funnily named the highly domestic Yegor, or “George,” in The Wood Demon—hears of Alexandr’s plans to sell the estate he’s maintained with loyal, sanguine assiduousness for years, he kills himself. (After this, there’s a snort-inducing coda where two minor characters announce their plans to marry.) In the later, tragic iteration, Vanya approaches Alexandr with a pistol off stage, an affront that eventually ends in abortive homicide after being dragged to the proscenium.

A contrived, peaceful stand of suicide is no existential match for this flail of humiliating failure, which apotheosizes and makes urgent the play’s catalogue of sexual, professional, and filial ignominy. One wonders if Woody Allen hadn’t read the two dramas back to back before scrawling out the similarly genre-bifurcated Melinda and Melinda. But if he had, he either overlooked or chose to ignore Chekhov’s discovery in the translation from comedy to drama: that both modes of writing are practically synonymous, save for subtle cues (e.g. the botched murder, or the strange wedding plans that close The Wood Demon) that alert to an audience how the whole should be read. And at the epicenter of this literary truism is the mercury of human caprice, an immutable face of desultoriness that defines the slippery conversation between writer and reader, player and audience, character and character. Which is one of saying that Chekhov’s work demands a purposefully pixilated form of empathy from those who perform it, either on the stage or in their own minds.

André Gregory’s early-‘90s, street-clothed Uncle Vanya is as legendary for its exclusivity (the cast only performed in front of small groups they knew personally) as for its fleet-footed trafficking of believably confused gestures. Essentially an interminable workshop-cum-club, the production chewed on Chekhov’s dolefully furious scenario—as translated into ping-pongy American English by David Mamet—for four years before committing their labor to film. The actors’ ease with the text is evident in their acute discomfort at each other’s presences. In one aching scene, Yelena (a glacially resigned Julianne Moore) entertains the not-so-innocent sweetness of Vanya (the avuncular Wallace Shawn turned inside out) until he goes too far and his lips unchastely meet her cheek. The manner in which her sororal receptiveness runs cold to the point of gnashed teeth and a whisper of “You disgust me!” is almost comically desultory, the fodder of nasty burlesque. But the ring of authenticity in their mutual desperation reminds us how much of the human condition consists of vacillating between extremes of desire/whimsy and revulsion/sobriety. Gregory’s Uncle Vanya is, besides, the only place we find such dramaturgical precision outside of the films of Mike Leigh—which are also rooted in controlled improvisation.

The agitated emotions of Chekhov’s personages become veritable landscapes in the hands of Gregory’s assembly—entities as “readable” as they are squirmily unwatchable. Larry Pine as Astrov, for example, is noxiously vacant, shriveling under a lifetime of guilt behind the scalpel and seeking to save man instead by detachedly planting trees; he encompasses both a farce and a tragedy on his own. (Chekhov was, himself, of course, a frustrated man of medicine.) Furthermore, since the performance takes place in the dilapidated, pre-Disney renovated Amsterdam Theater, once the pride of Broadway, there’s a sense in which the actors become solemn, thankless “stewards” of a now-barren dramatic tradition, just as Vanya works the soil of his brother-in-law’s estate in vain. Insofar as the film Vanya on 42nd Street documents this effort, it’s a kind of shrugging elegy for an urban-cultural era that, by the ‘90s, was long gone.

Often overlooked, however, is the fact that Louis Malle didn’t simply document what the actors were accomplishing week after week on the crumbling stage of the Amsterdam, but rather imposed upon their intuitive performances highly sympathetic filmic devices. The result is as slight and as radical a change as the one from The Wood Demon to Uncle Vanya; it’s the translation from experimental theater to experimental cinema. André Gregory and his troupe portray themselves, of course, as does New York in the My Dinner with André-esque opening scene that depicts the actors’ jaunt to their sanctuary. Once inside the venue, however, Malle’s cadence achieves that of a visceral dream. The cameras, mostly handheld but conservatively zoomed to ensure relatively stable shots, favor faces, torsos, and objects, arriving at and haloing the core of each player’s histrionic experience.

And Chekhov, his spirit and his theory, bedevils the entire project. While the gun in Uncle Vanya, housing a measly two bullets when the protagonist seizes it, isn’t featured in act one per the author’s most famous turn of phrase, Malle’s camera comes to rest conspicuously on some horse chimes within the film’s first 15 minutes. That their tinkles are not heard until Yelena and Alexandr quit the estate, probably for good, and Sonya comforts her uncle by looking forward to rest in the afterlife, is a wittily reverent observation of Chekhov’s genius. His plays and his devices have endured not because they’re so readily applicable to the suffering of any human milieu, but because of how well he understood how willing human beings are to suffer.

Declan Quinn’s photography in Vanya on 42nd Street is so deft it could be mistaken for invisible, but at 1080p even the modular movement from bright lucidity to the nearly darkened stage that ends the performance demands appreciation. As with Criterion’s earlier restoration of My Dinner with André (not to mention Malle’s other essential entries in their catalog), the clarity and depth provided fashion the work into something more like a cinematic environment than an object, as well as into a love letter/time capsule to a now-paved over New York City. Joshua Redman’s stereo score creeps, spider-like, in and out of the action, marrying the work more directly to the flourishes of noir throughout (e.g. David Mamet’s fatalistic syntax, and the harshly lit card tables).

The disc isn’t overflowing with extras; there’s just an essay by Steve Vineberg and a lengthy featurette with interviews. The latter, however, rounds up enough of the cast in the present day to be essential viewing, despite the somewhat (loveably) fuzzy memories of elder statesmen Wallace Shawn and André Gregory. The 35-minute supplement presents an oral history of Uncle Vanya, from conception to practice to the conversion to film, a process that seems to have dramatically touched everyone involved. The best moment of nostalgia: Brooke Smith, who plays Sonya, recalls being accosted after one intimate performance by an effusive woman who turned out to be Susan Sontag.

A comedy once became a tragedy, then that tragedy became an American drama, which became an actor’s workshop, which became a film that supposedly made Pauline Kael want to end her retirement. That film is now an essential Blu-ray.