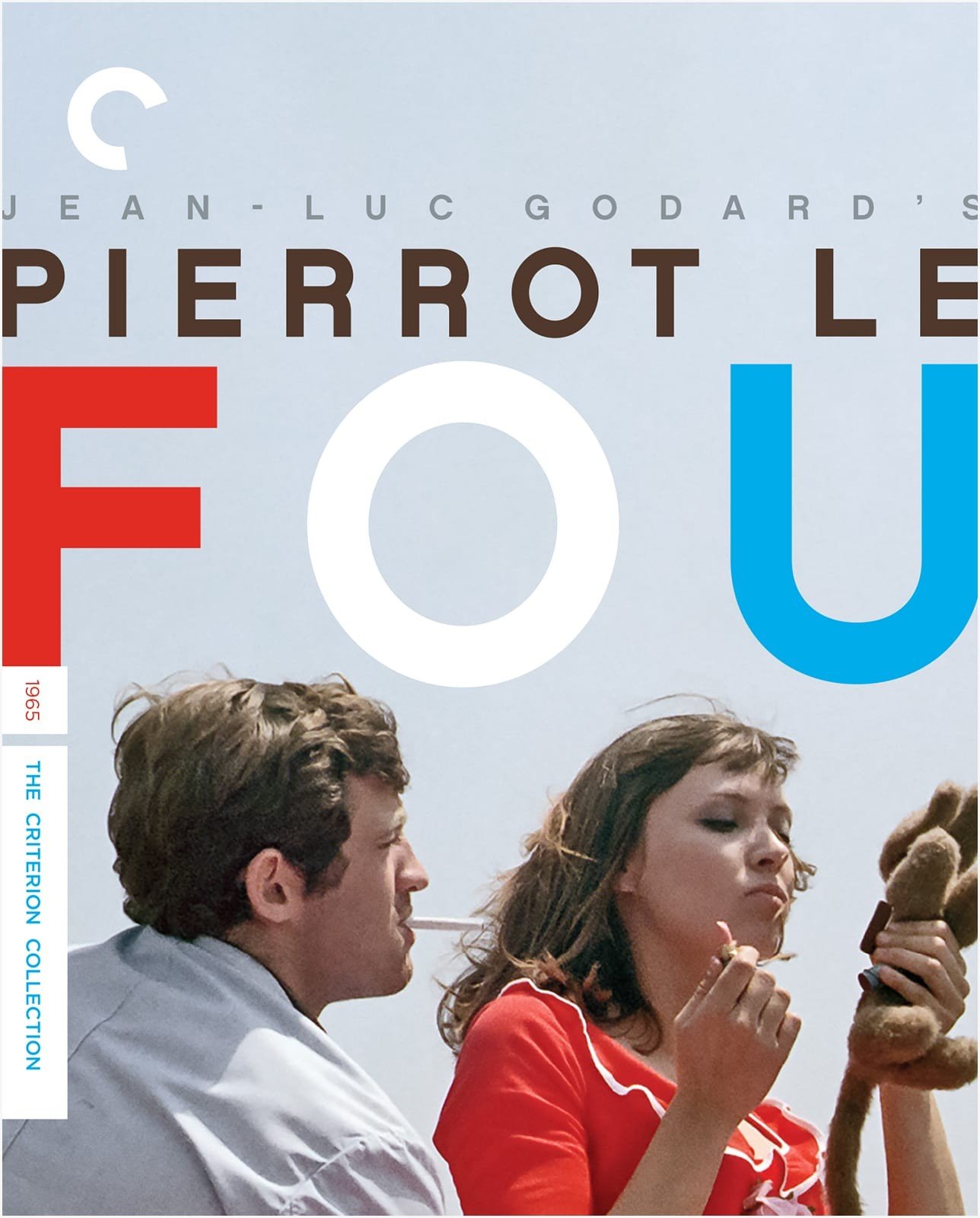 Though I think I outgrew Michael Gebert’s personal taste in movies when I was around 19—and full-out rejected it later on when I realized I preferred Roberto Rossellini, Michelangelo Antonioni, and Brian De Palma to Vittorio De Sica, Federico Fellini, and Martin Scorsese—I can’t say I don’t return to his Encyclopedia of Movie Awards every now and again to relish a few of his surprisingly trenchant one-liners. In writing about 1965’s Alphaville, Gebert wrote that Jean-Luc Godard “was exciting when either you or the whole world was 20.” I’d push the age up at least another decade, but there’s certainly some truth in that notion, and the maxim applied most notably to Godard himself.

The films he made up to and including his 10th feature film, Pierrot le Fou, and perhaps the two or three things thereafter, pit insurgency against insouciance, foreboding against frivolity. If they act a little confused and a lot self-involved, it’s because they’re artistically pubescent in the best possible sense of the misnomer, and their good looks have you giving them the benefit of the doubt even as you yourself start to approach your ugly, embittered In Praise of Love years or give up on cinema for the third or fourth time.

Appropriately, Pierrot le Fou was supposed to be the tale of a May-December affair, but by the time 32-year-old Jean-Paul Belmondo had been cast in the lead role opposite 25-year-old Anna Karina, the film took on a slightly different aura. Formally connected with the later requiem of Weekend by the two films’ shared composer, Antoine Duhamel, Pierrot le Fou suggests the glamour of idealistic suicide, whereas Weekend embodies the residual rage of someone who couldn’t seal the deal. The ideas rattling around in the earlier film are as skeptical as they are profuse—guns, cars, ad copy, catchphrases, and wordplay dominate the mise-en-scène—but haven’t yet rotted into real-deal contempt.

The film begins with Ferdinand (Belmondo) apparently scraping together a nice bourgeois existence for himself and his wife, whose economic contentment is summed up by the fact that she can go to parties in her new panty-less, invisible girdle—a device that Godard, through Ferdinand, declares the apotheosis of modernism. Typical of the film’s high-wire act, the comment is clearly said in mockery of both consumerism and feminine concerns, but the image—that of a perfectly aligned Madison Avenue-engineered derrière—is just as clearly appreciative of what youth, fashion, and mass media can accomplish: great ass.

In the next scene, the discussions among a group of party guests become product placements, with women in particular prattling on about all their new sartorial acquisitions even as they mysteriously lose pieces of their clothing while Ferdinand wanders from room to room. Immediately fed up, he returns home and runs off with the family babysitter, Marianne (Karina). Godard foreshadows the futility of their attempted escape from vapid pop culture by staging their vehicular flight in a dizzying blizzard of richly hued lights—meant to represent passing streetlights—that are the same colors of the rooms at the party.

Sure enough, once the couple gets past a few murders loosely connected with Marianne’s apparent associations with organized crime, and Ferdinand settles into a Robinson Crusoe-by-way-of-Holden Caulfield lifestyle along a stretch of the French Rivera not a half-mile down from the tourist hotels, the allure of escape begins to fade. Ferdinand tries to devote himself to the lost art of reading, but sneaks into movies (sitting behind Jean-Pierre Léaud), and Marianne insists they move onto their next adventure, preferably one with a little bit more connection with the material world that previously provided her with so many enjoyable 45s.

Both Ferdinand and Marianne ultimately fail to better themselves romantically, intellectually, politically, or philosophically, and it’s one of Pierrot le Fou’s unique charms—and one reason why the film stands out as a particularly beloved entry among those who adore the French New Wave—that Godard doesn’t regard their situation with emphatic mockery or inordinate reverence. (It’s worth mentioning that his next film, Masculin Féminin, isn’t quite as magnanimous about the harmless dangers of pop music.) Though the whiz-bang, comic book-panel aesthetic of Pierrot le Fou is as potentially intoxicating as any contemporaneous head movie, it’s also one of his most finely balanced works, one that successfully straddles generational gaps far wider than the one separating Ferdinand and Marianne—even the one separating 1960s-era Godard from latter-day JLG/JLG.

Criterion presents Pierrot le Fou in a new 2K restoration that’s a few notches above their already excellent—and long out-of-print—2009 release in terms of color saturation and the clarity of fine details. Raoul Coutard’s ravishing Techniscope cinematography looks livelier than ever. There is, though, one slight discrepancy between the two releases: The earlier Criterion release applied a green filter to the scene where Jean-Paul Belmondo’s Ferdinand meets Samuel Fuller at a boring bourgeois party, while the new 2K edition lacks the hue. The French LPCM mono track is a workhorse, doing well by the recondite score, whether it be snatches of Beethoven’s Fifth Symphony or Antoine Duhamel’s broody score.

All of the extras on this Blu-ray release of Pierrot le Fou have been ported over from past Criterion releases of the film. In an interview from 2007, Anna Karina discusses how her working relationship with Jean-Luc Godard gave her the opportunity to play very different characters from film to film, how they worked from a daily script installment, and how important her relationship with him was for her personal development. Jean-Pierre Gorin’s 2007 video essay, A “Pierrot Primer, is a brilliant, incisive reading of about the first 15 minutes of Godard’s film—so bursting with ideas and insights that you may wish he’d done a piece on the whole film. Godard, l’amour, la poésie, an intimate documentary from 2007 by writer and director Luc Lagier, delves into the complex working and personal history between Godard and Karina, with talking-head commentary from collaborators who knew them relatively well. There’s also a puff profile piece on Belmondo with contributions from Godard and Karina, and an extract of interviews with the three principals for the 1965 Venice Film Festival. Finally, the set includes a thick illustrated booklet that contains a 1969 review of the film by Andrew Sarris, a 1965 interview with Godard, and a 2007 essay by film critic Richard Brody that explores the improvisatory nature of Godard’s process, and never more so than in Pierrot le Fou.

Criterion provides Jean-Luc Godard’s freewheeling ode to amour and its ineluctable betrayal with a spiffy new 2K upgrade, but all the extras have been ported over from past releases.