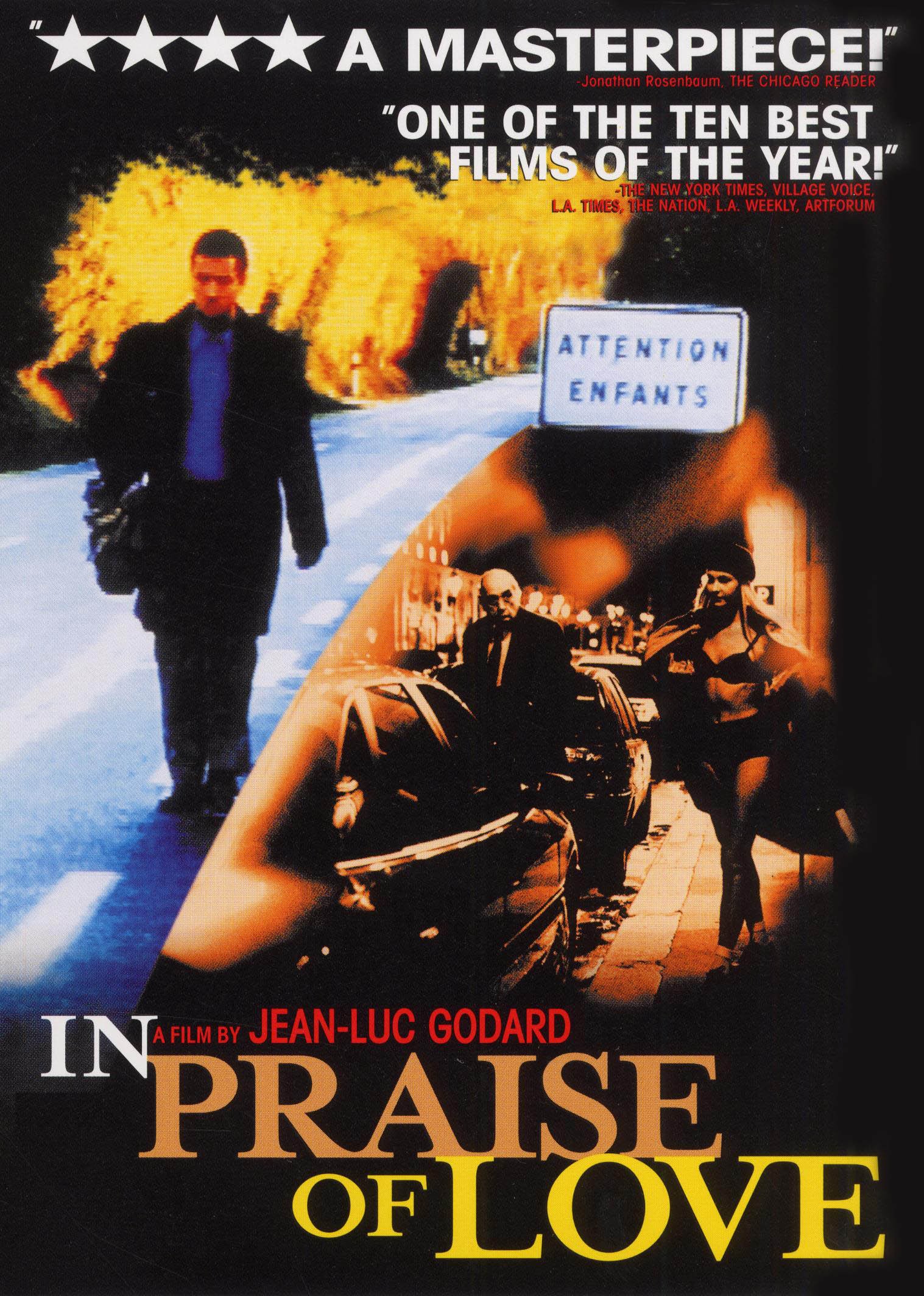 For everyone who’s ever seriously worried about the sagging weight of their own memories, here comes In Praise of Love, Godard’s last testament to, well, a lot of things: the notion of a solid leftist alliance France, the quest for true and lasting love, and, most interestingly, the possibility that the director might one day actually understand himself. Because the film is as densely packed with ideas, ideologies, and idiosyncrasies as it is structurally diffuse, it’s easy to see why American audiences rejected the film. And though the controversy has cooled off considerably, In Praise of Love also had the extraordinary bad luck of taking pot-shots against American global politics and the Hollywood of Steven Spielberg at the precise moment when both topics were at their most nebulous (thanks, respectively, to September 11th and A.I. Artificial Intelligence). Most of the American cinephile community were less than forgiving. Nonetheless, the film’s perceived anti-American sentiments (which are really nothing more serious than the charges Americans routinely level against French culture) ended up overshadowing the big picture. No one seemed to notice that Godard’s biggest target appears to be Godard himself. Indeed, to loathe the film is to get in the way of analyzing it critically.

Artistic demagogue Edgar (Bruno Putzulu, obviously standing in for Godard) is attempting to create the ultimate treatise on love, and can’t even be confined by which medium he intends to use (the question of whether his pièce de résistance will be a film, drama, novel, or opera is notably never answered). The project is naturally stillborn, stifled by the logjam of memories, histories, and philosophies brought up by the mere word “love,” not to mention Edgar’s own crushing failure to sustain his love affair with a mature and political woman (the two are synonymous to Godard). The first half of the film deals with the collapse of his project, while the second jumps back chronologically to reveal the impetus: his meeting with Berthe Samuel (Cécile Camp), who presumably captures his fancy because of her outspoken hatred of America’s habit of creating its own national image out of the ashes of other nations’ pasts.

When Edgar meets her, Berthe’s grandparents are selling their life story of resistance against Nazi Germany to Spielberg, which only fuels her radical diatribes. If Godard gets himself into hot water with the anti-Spielberg elements of In Praise of Love, it’s not so much because they are profuse or particularly nasty (they are neither). It’s because, in essence, the entire genesis of Edgar’s project (and, in this self-reflective universe, Godard’s) is formed as a reaction against Spielberg’s image as a cultural definer. America is probably as defined by Spielberg as France is by Jean-Pierre Jeunet (which is, of course, open to debate in either case), but one can be forgiven for wishing that, at this point in his career, Godard would be above this sort of mudslinging.

Though Godard’s disdain for Spielberg couldn’t be more obvious, there are also hints of self-criticism aimed at Godard’s own crustiness, for those who care to look. In one scene, Edgar meets up with an estranged lackey who was collaborating with him on a minor cantata. The old gent, who ludicrously addresses Edgar as “sir,” despite being his elder, informs him that he’s inflating the cantata into an opera. Edgar seems to privately scoff at the fact that the stupid man thinks he can simply take any subject and make it worthy of high art, but Godard’s contempt appears to be aimed at Edgar, who is stuck in a rut of assumptions—that only the loftiest themes are worth the thought and consideration of the creative process. In Praise of Love is, once one clears away the vitriol and the artistic conceits, the heartbreaking portrait of an aging film director unsure if his life’s work wasn’t maybe a prolonged bout of solipsism.

New Yorker’s reputation for video transfers is a bit contentious among the videophile community (transfers for Beau Travail and Chunhyang drew considerable protest for their blatant NTSC scanning issues). But it appears that they have started to get their act together, as evidenced on their solid L’Atalante and Kandahar editions. In Praise of Love now joins that group of surprisingly rich viewing experiences. New Yorker handles the tricky mid-film palate-shift with nary a hitch. The first half is dignified by gorgeous, moody blacks (though they’re never quite “jet” or “inky”), and the second half is as overripe as Godard intended. The French stereo soundtrack leaves no great impression, but at the same time doesn’t disappoint. More disappointing is that New Yorker left a few lines of the French dialogue unsubtitled for no good reason.

Besides the overreaching trailer for the film, New Yorker Films offers their own text history (which makes one long for the studio to release their property Jeanne Dielman on DVD soon).

Though some will see it as the ultimate litmus test of film pretentiousness, others are likely to surrender to Godard’s never-ending inner dialogue.