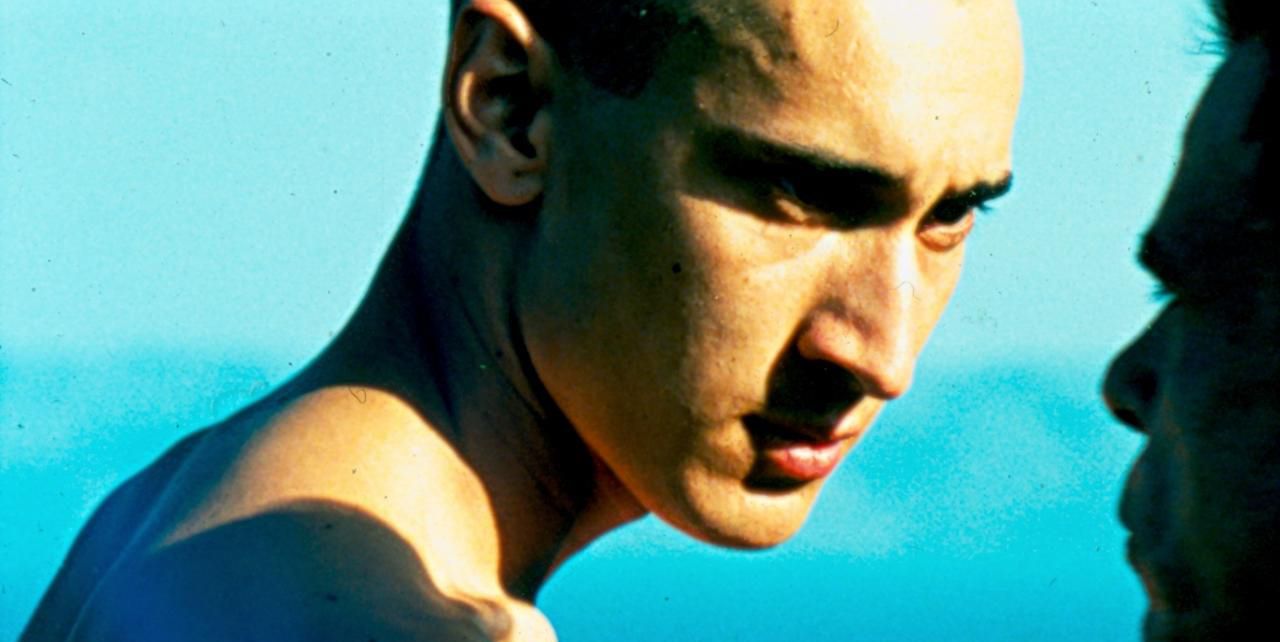 In Beau Travail, Claire Denis stunningly updates Herman Melville’s Billy Budd as an allegorical endgame set within a homosocial French Foreign Legion outpost in Africa. The oppressive neocolonialist Sergeant Galoup (Denis Lavant) is Melville’s Claggart and Gilles Sentain (Grégoire Colin) is his Billy Budd. When Sentain saves the life of a fellow soldier after a horrifying helicopter accident, he incurs Galoup’s jealousy and challenges the man’s notions of brotherhood. Denis and cinematographer Agnes Godard elevate Sentain and Galoup’s relationship to sweaty, maddeningly existential levels. When the half-naked men begin to circle each other on a desolate beach, they come to resemble animals locked in a battle for survival and Beau Travail takes on the guise of experimental dance art (see the film’s rhythmic workout sequence and final club scene). Art, sex, politics, and commerce converge and duke it out in Denis’s best films. Here, she contemplates a sweltering struggle between man’s instinctual and conditioned self. The film’s men are constantly in training, so much so that they come to resemble the gears of a machine—and throughout the film, they struggle to maintain a mechanism of stability by working (and working out) together. The oppressed African women who live outside the outpost stare into the camp, humored by the way these men learn and struggle to play house. Denis is sympathetic of Galoup’s insecurities even when the man’s jealousy of Sentain leads to chaos. Denis understands that Galoup was once like Sentain: a young man taught to react like a machine to anything and anyone who threatens his sense of complacency. Galoup is merely a rotten byproduct of a dehumanizing military apparatus, but by film’s end he finally learns to let out some steam.