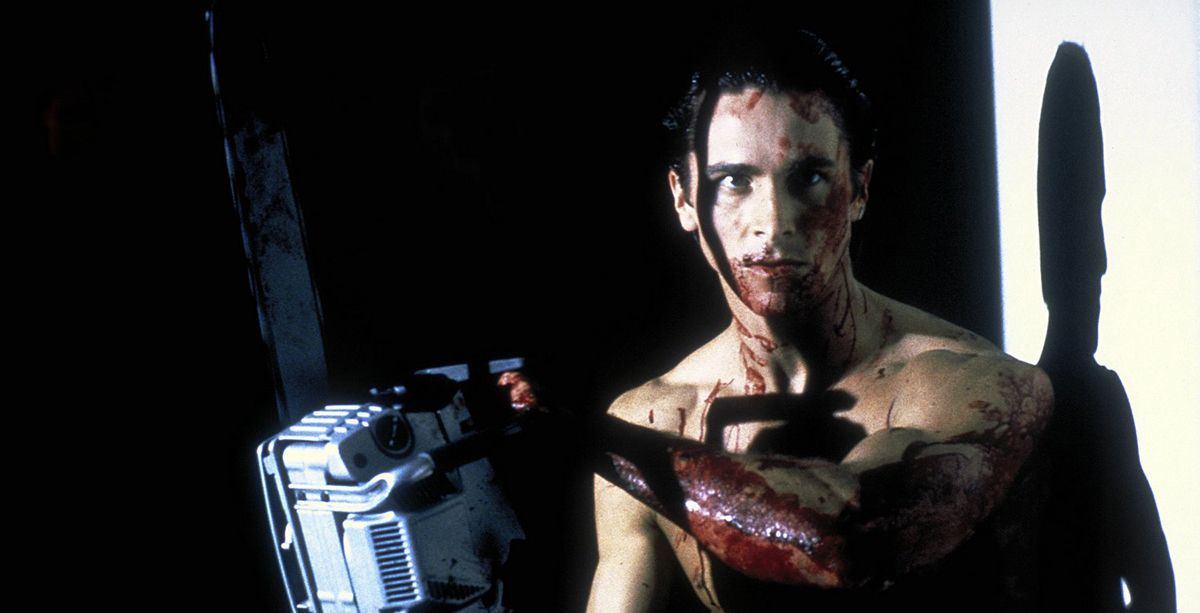 Patrick Bateman, the yuppie serial killer du jour created by Bret Easton Ellis in the novel American Psycho, is obsessed with all things superficialŌĆöa symbol of murderous, unchecked Reaganism. But those who read the book had to struggleŌĆöreach evenŌĆöto come to such a conclusion, as Ellis settles for pop-cultural reference as a sort of shorthand. If Mary HarronŌĆÖs adaptation of the novel feels deeper, maybe itŌĆÖs because the director wasnŌĆÖt able to get permission from many designers to use their names in her film, and as such she has to focus on more than just BatemanŌĆÖs interest in dropping names. During the infamous threesome scene that earned the film its NC-17 rating, Christian Bale frighteningly evokes BatemanŌĆÖs complete lack of emotional involvement; he makes love to himself, enjoying the curves of his body more than he does the women he violently berates. Though Bateman is completely loathsome, Harron shows us his human side: He readily admits to his lack of emotion but in sparing his secretary (Chlo├½ Sevigny) harm he not only acknowledges his unstoppable problem but recognizes that there is good in the word. Harron even takes a jab at EllisŌĆÖs disinterest in offering a rationale for BatemanŌĆÖs killer ways (he apologizes to a dinner date for being late by saying that he is a ŌĆ£product of divorceŌĆØ). If there arenŌĆÖt enough scenes in the film like the final one where Patrick and his friends watch ReaganŌĆÖs presidential address (that ŌĆ£No ExitŌĆØ sign hovering in the background), HarronŌĆÖs vision is at least more haunting than EllisŌĆÖs. More so than the book, the film is a nightmarish vision of ŌĆś80s self-involvement. If all of EllisŌĆÖs characters more or less stay the same, HarronŌĆÖs film suggests that, like the ŌĆś80s, Bateman to shall pass. He is something we must all collectively learn to survive. There is an exitŌĆöitŌĆÖs just called the future.

Review: DonŌĆÖt Look Up Is a Nuance-Killing Satire of Climate Change Agnosticism